This year’s recipients of the six Governor General’s Performing Arts Awards for Lifetime Artistic Achievement are:
• Peggy Baker: Internationally acclaimed as one of the most outstanding and influential contemporary dancers of her generation. A compelling performer, renowned choreographer, brilliant teacher, and passionate arts advocate, she has inspired several generations of young dancers, captivated audiences in Canada and abroad, and made an indelible mark on the modern dance scene;
• Édith Butler: One of the first artists to promote Acadian culture in Canada and around the world. For over 40 years this warm and generous performer has celebrated her rich heritage in story and song, from rollicking down-home party music to haunting laments, and has achieved star status both at home and abroad;
• Clémence DesRochers: A writer, broadcaster, singer, actress and monologuist regarded as a national treasure with a special place in the hearts of Quebecers. In a career spanning half a century she has made a profound mark on Quebec entertainment and paved the way for countless other artists and creators. A pioneer in many fields, this multitalented artist has shared the stories of her native province with audiences across the country;
• Robert Lepage: One of Canada’s best known artists, he has earned an international reputation for his dazzling work as a director, playwright, actor and filmmaker. From one-man shows to epic collective creations to classics of the repertoire,
Mr. Lepage’s original, highly visual style integrates new technologies, multiple languages, and different art forms to reinvest performance with a sense of ritual, magic and wonder;
• R. Murray Schafer: Acclaimed as a gifted composer, visionary educator and mentor, and committed environmentalist. In a career spanning over 50 years, he has explored the relationships between people and sound, created unique performance genres in the field of acoustic ecology, and raised awareness of Canada’s new music internationally; and,
• George F. Walker: A prolific and popular playwright, director and screenwriter who has greatly enriched Canada’s cultural landscape and garnered critical acclaim at home and abroad. Over the last 35 years he has written more than 20 plays and has created screenplays for several award-winning Canadian television series. His bold, darkly comic work sounds a unique note in Canadian theatre, and has inspired young writers and artists across the country.

Each recipient will receive a cash award of $25,000 contributed by the Canada Council for the Arts and a commemorative medallion struck by the Royal Canadian Mint.

Tickets for the Governor General’s Performing Arts Awards Gala on Saturday, May 9, 2009 go on sale to the general public as of March 3, 2009 at the NAC Box Office and through Ticketmaster, 613-755 1111 or www.ticketmaster.ca. 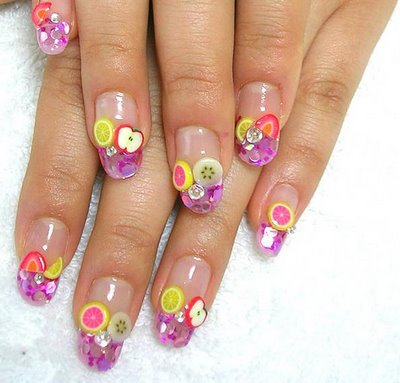 “The Japanese nail art scene is presumably one of the most vibrant in the world. Why? Look at the hordes of Shibuya garu that practically live to care about their looks! It has to be more than just nail stickers for casual nail fashion; salons are dotted all about town to enhance you with the most elaborately designed nail chips.” 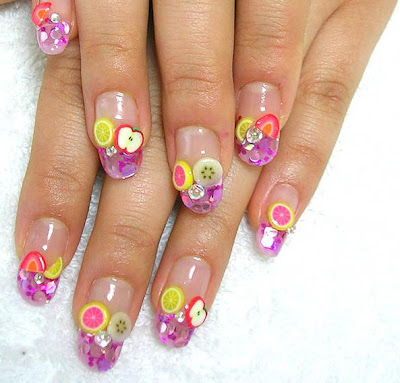 This is creative microscopic nail art – taking the pronail ish to another level!

After you get these babies done, you will never bite your nails again!

This site here is in Japanese but photos don’t need translation! You should check it out 🙂
You want to go overboard? I love overboard. 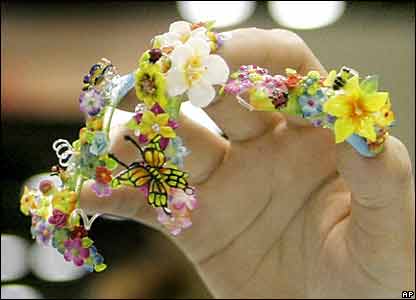 HeyDoYou is for the cute, clever and connected – Follow this blog!
0 Comments
0 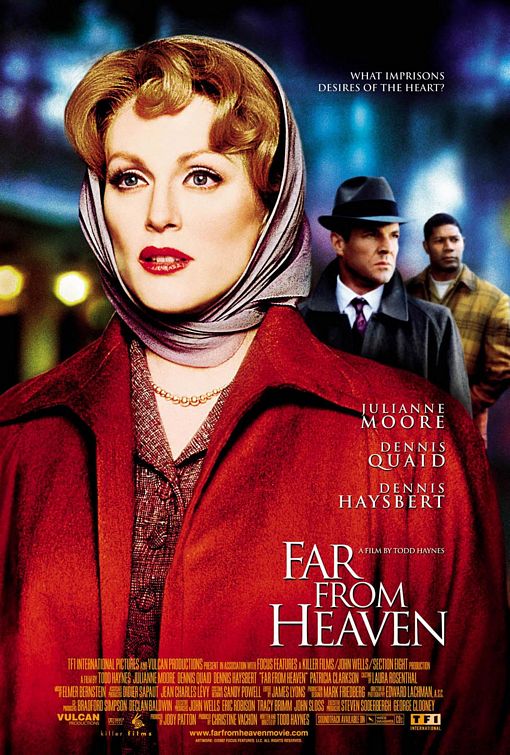 I found this movie in my house today (we have a rather ‘assorted’ collection here). I like it! The dresses of that era are so classic and lovely! Here is the story:
Cathy is the perfect 50s housewife, living the perfect 50s life: healthy kids, successful husband, social prominence. Then one night she surprises her husband Frank kissing another man, and her tidy world starts spinning out of control. In her confusion and grief, she finds consolation in the friendship of their African-American gardener, Raymond – a socially taboo relationship that leads to the further disintegration of life as she knew it. Despite Cathy and Frank’s struggle to keep their marriage afloat, the reality of his homosexuality and her feelings for Raymond open a painful, if more honest, chapter in their lives.

Frank and Cathy Whittaker are, as far as the outside world can tell, the perfect couple. Young, attractive and well-off, they represent all that middle-class America is supposed to be in the 1950s. Below the surface however, all is not as it seems. Cathy feels unfulfilled and begins to realize that her marriage is not what it should be. When she discovers her husband making love to a man in his office late one evening, she begins to understand why. She also begins to develop an interest in Raymond Deagan, their African-American gardener. Raymond is intelligent, witty and an art lover. In many ways, Cathy has found a soul-mate. Trying to support her husband as he tries to “cure” his homosexuality and the social taboo of having been seen in public with a black man does not augur well for her however.

We really take interracial dating these days for granted. And her husband is GAY???
And he is yelling at her because she ‘talked’ to a colored man??? While he is making out with men and not satisfying her… and this is okay? This won 4 Oscars! I think I should watch it again from the beginning.

I love how they talk about looking beyond the surface of things, taking real friendships for what they are and not caring about what other people think. This is a huge theme in my life. Seeing beyond color, age, religion and really not living ‘someone else’s dream’. If there was no one in this world judging you and you make choices to please yourself – What would you change?

Looking great from the outside but hurting inside is worth NOTHING.