Last night in Tribeca, the launch of Issey Miyake’s latest scent for women L’eau D’Issey created a magical ambiance at the flagship store. The cherry blosso scent is a delight in itself and everything else was just icing on the cake.  Special guests of the media enjoyed a live performance by Parisian street artist, Mademoiselle Maurice.

Check out this stunning origami installation! 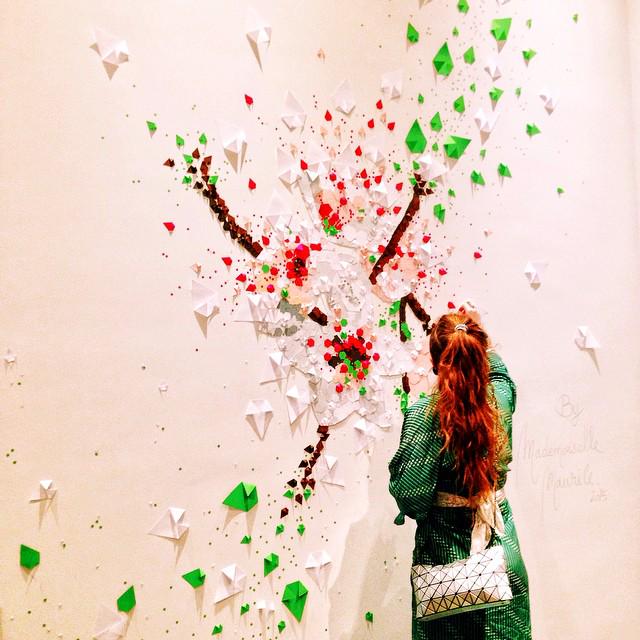 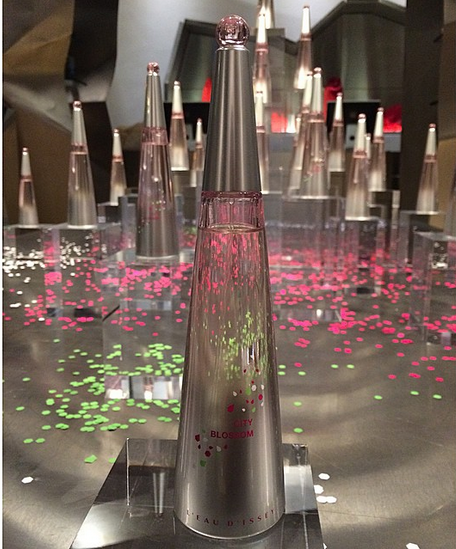 The bottle is stunning and if you have ever been under a Cherry Blossom Tree, you know the magic of being surrounded by tiny flower petals and crisp distinct sweet scent.

With closed windows and stuffy living rooms, NYC apartments really need a pick me up in the dead of winter. Febreze is a staple in any pet household and ours is of no exception. Tai stopped by the media invite for the NYC event for Febreze, enjoy his review below:

Car service to events in this cold weather is definitely a nice touch! The day started well and ended just as good (with car service back home.) The event was very well put together, from the second I stepped out of the car service someone called me by name and escorted me to the list at the door and I was led in. The Loft event space was beautiful and was a great venue to experience the event. 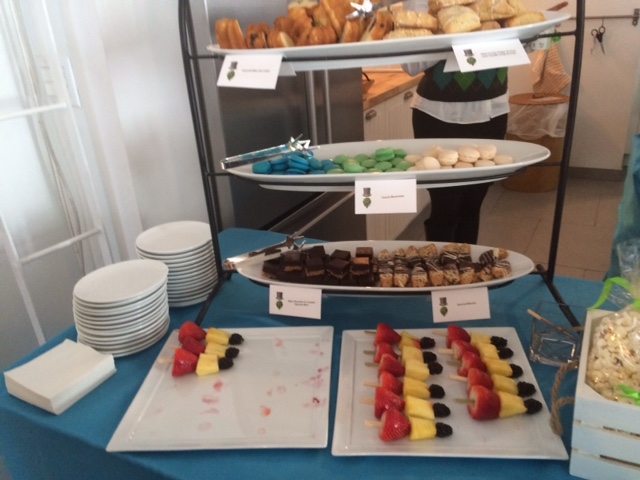 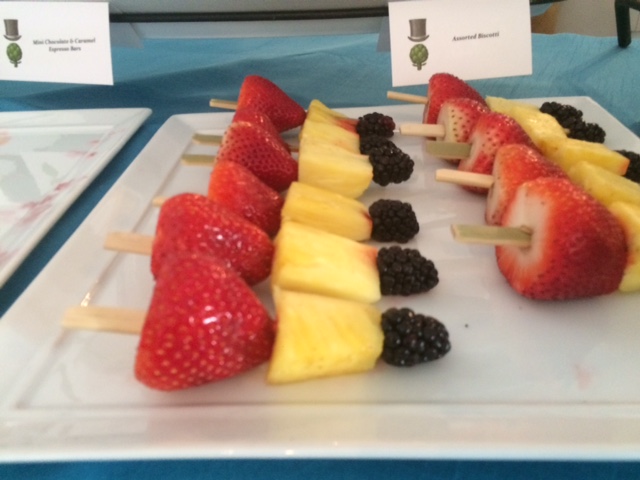 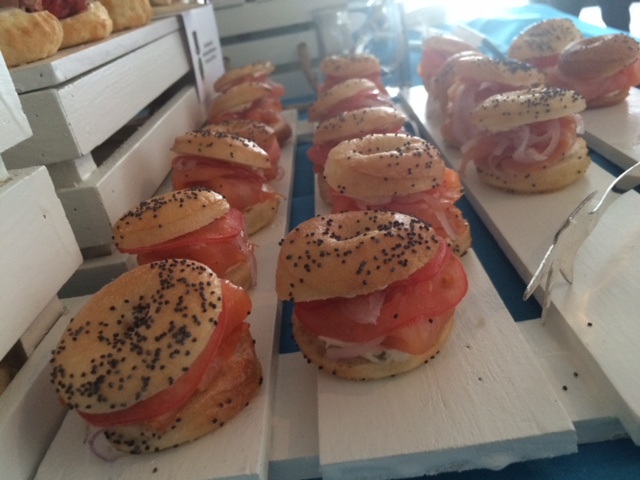 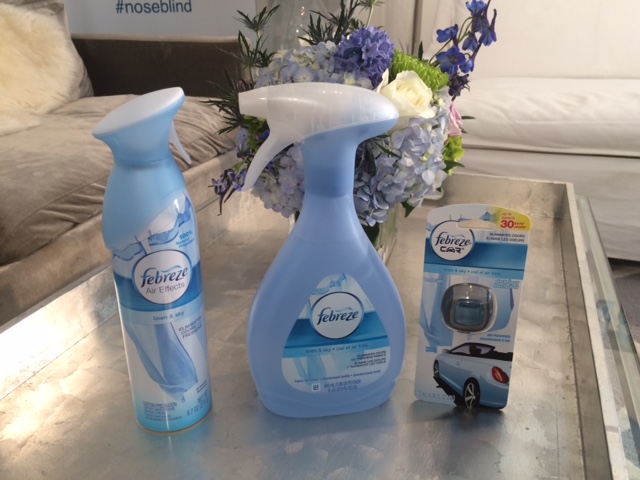 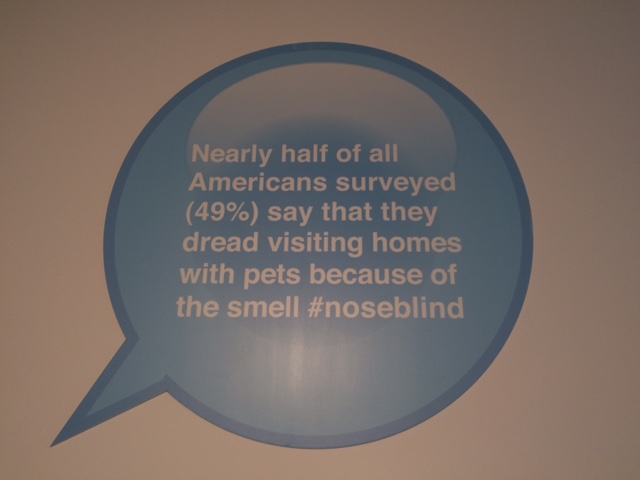 Once inside there were quite a few stations to check out. I made a custom dog tag for Jacob, took a green screen picture on a half dog half couch thing, played with some brilliant dogs from ASPCA and got to hang out a bit with Jane Lynch. 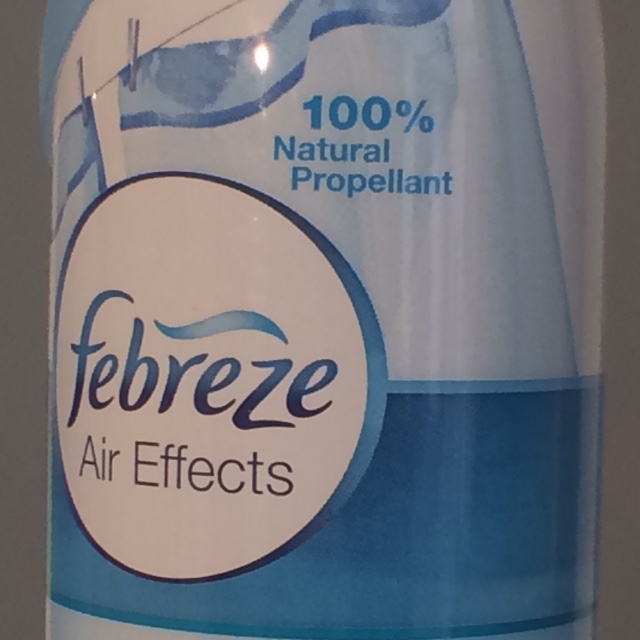 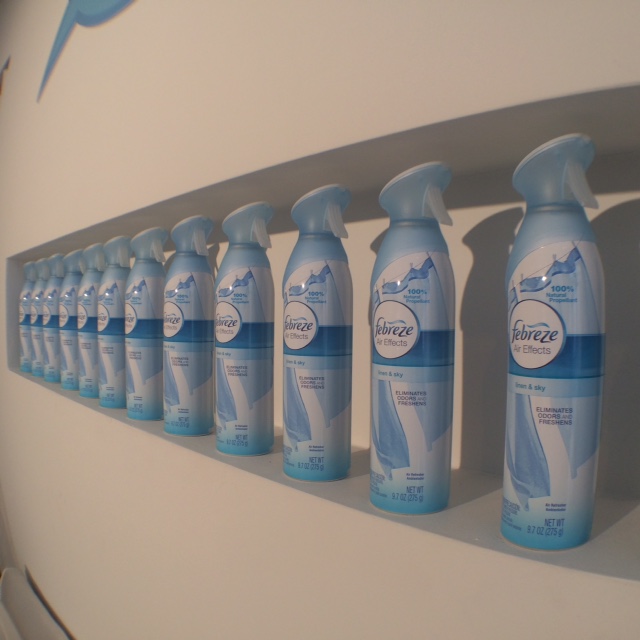 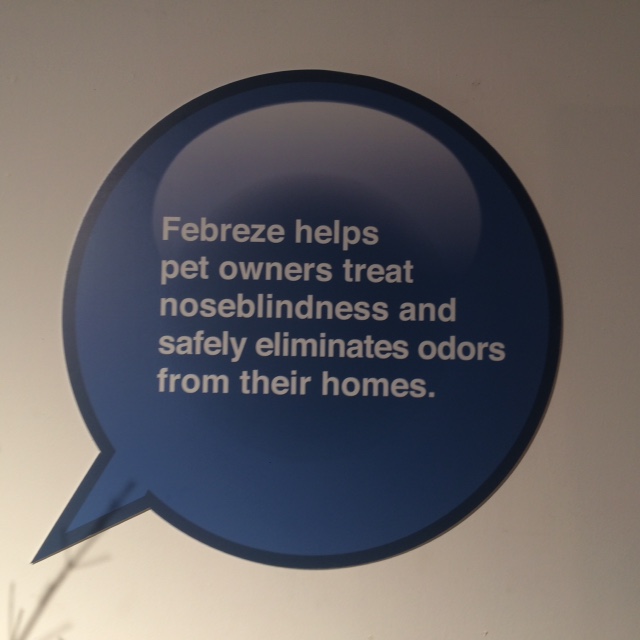 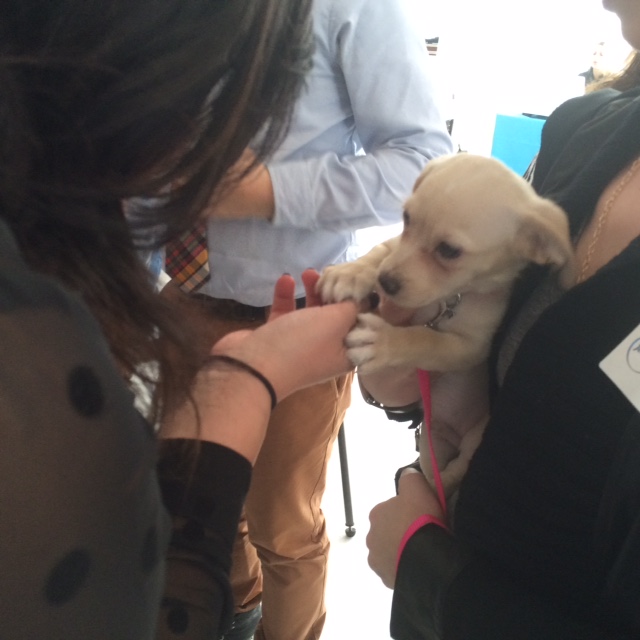 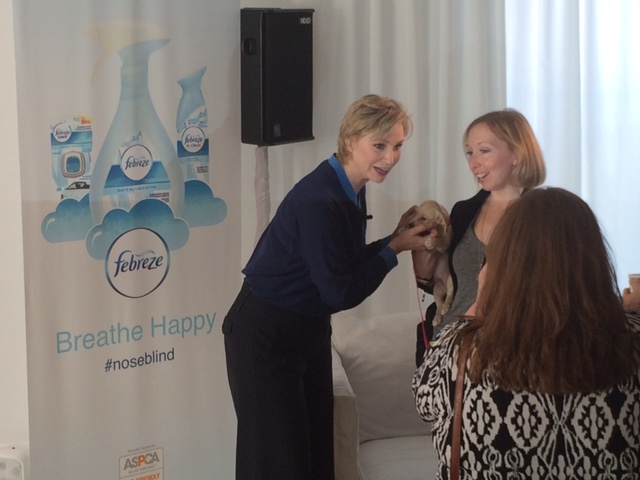 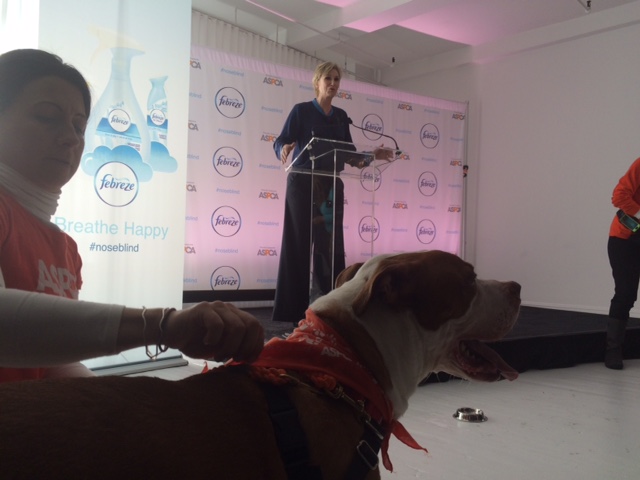 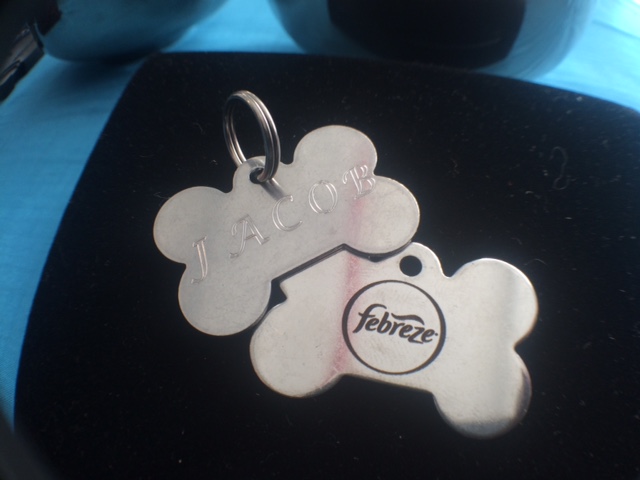 The event was very well put together and felt very on brand. The food spread was very nice, there were two press stations and Jane Lynch had a big enough personality and professional charm to command the attention of the room the entire event. 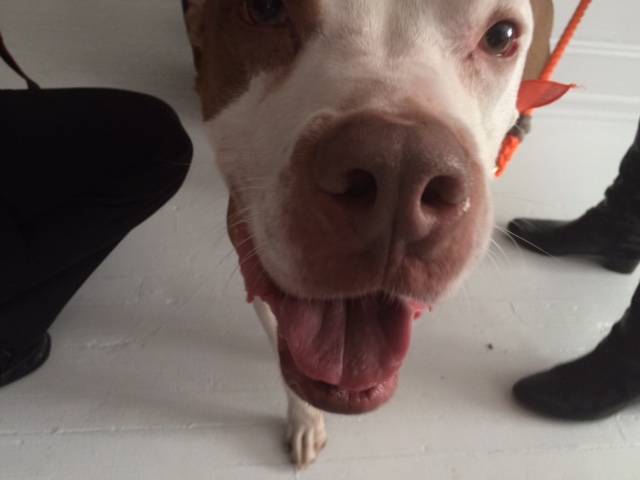 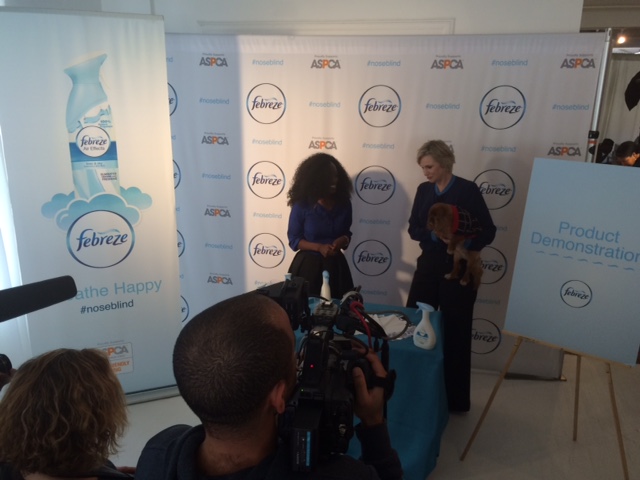 Jane sat down with HeyDoYou along with 3 other Blogs and chopped it up with us about funk, Febreze and wet dog smells.   I was very impressed with her professional and polite demeanor. She is a Class Act and a great ambassador for Febreze! 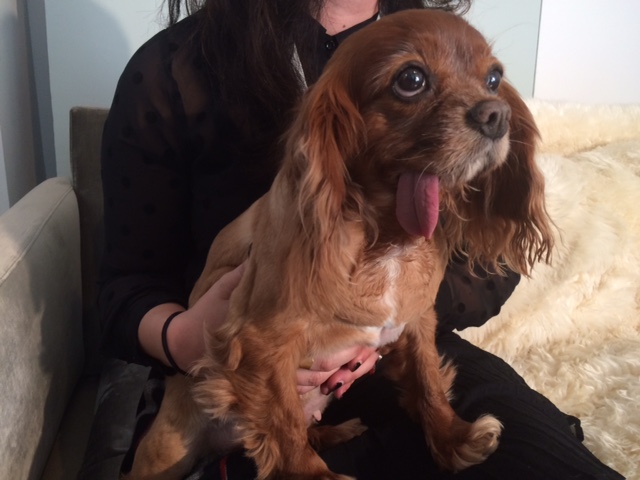 The tone of the event was light and upbeat, amazing little macaroons, great space, well executed, played with puppies and HeyDoYou was able to sit down with Jane Lynch….. Febreze put together a great event for #Noseblind. If you want to win a sample of Febreze, just tweet us and we will send you a bottle! 🙂

A global 2014 survey from Atomik Research concluded that pet odor is enormously important to both residents and guests. To the embarrassment of pet-owners nationwide, guests have a keen ability to detect any stink: nearly half of those surveyed (48 percent) said that they could make out someone’s home simply by the odor alone – particularly if they have pets. In fact, pet smells were ranked as the second most offensive smell within a home (ranking just below garbage and just above smoke). The majority (60 percent) of pet owners agree, however, that they would hate it if they thought their guests were thinking their homes smelled of animals.

Cincinnati, OH (FEBRUARY 25, 2015) – Febreze® has teamed up with actor and comedian Jane Lynch to encourage dialogue about a naturally occurring condition that affects many (if not most) pet owners: noseblindness. The condition occurs naturally over time when a person becomes accustomed to surrounding smells, whether it’s a dog bed or kitty litter box, and can no longer easily detect those distinct odors – but their guests can. 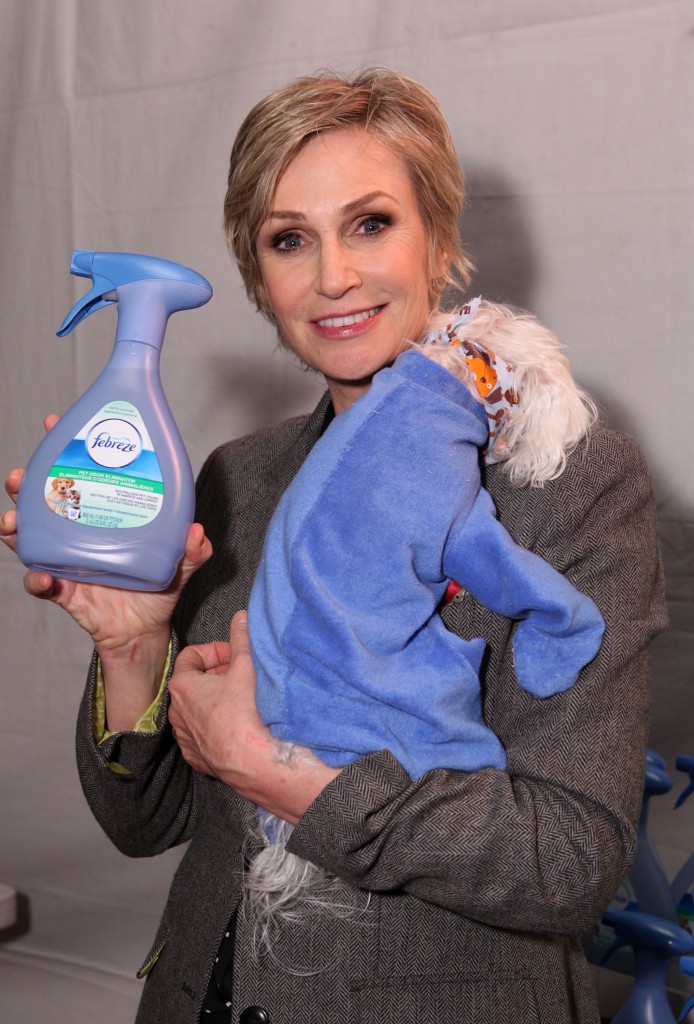 Febreze helps pet owners get guest-ready by safely eliminating odors in their home that they are noseblind to with Febreze Air Effects, Fabric Refresher and Car Vent Clip – all of which meet the standard for inclusion on the ASPCA Pet Friendly Living product list when used as directed. With the help of Jane Lynch, Febreze is prompting pet lovers nationwide to talk about what their guests really smell.

Don’t let freezing temperatures get you down. Embrace spring’s arrival with bright and on-trend nail looks from KISS and Broadway Nails.

Whether it’s quick press-on accents, 3D nail art, or a fresh French mani – wear a bit of spring under your extra warm mittens. 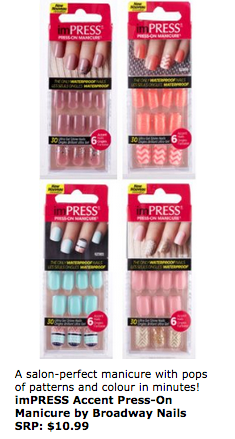 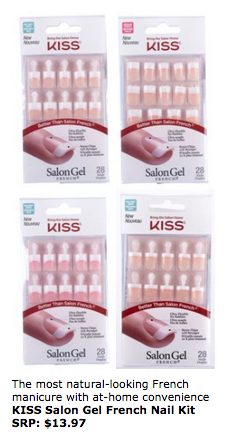 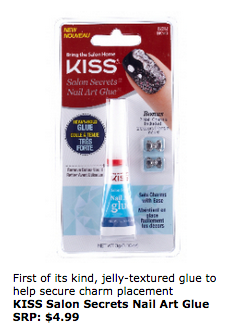 (Canada) ― For almost 50 years, K•Swiss has made premium tennis shoes for on-court performance and off-court style. In Spring-Summer 2015, the heritage American tennis brand goes back to its country club roots, with clean, preppy influences, premium materials, classic silhouettes and fresh seasonal colors. The resulting collection uses tennis white as the base color, and captures what K•Swiss does best: creating sophisticated sneakers with considered details from the brand’s extensive tennis history. Shoes in the line feature K•Swiss’ new modernized shield logo, updated for 2015 while retaining signature elements such as the shield shape and five stripe branding. White leather remains a signature of the brand, though the seasonal offering also showcases the brand’s take on canvas, premium suede and gum rubber materials. New collections range in price from $80.00 ― $120.00.

THE VINTAGE TENNIS RACQUET COLLECTION
$110.00
The vintage ash wood tennis racquet is an enduring symbol of heritage tennis. Made with craftsmanship and attention to detail, K•Swiss brings signature accents from vintage rackets to its popular silhouettes to create a line of shoes with premium materials and beautiful detailing. Iconic sneakers, such as the Classic VN and Lozan, are updated with racquet- inspired elements, including perforated leather to reflect the vintage racquets’ grip.

THE AMERICAN TENNIS COLLECTION
$80.00 ― $110.00
Founded in California in 1966, American tennis is K•Swiss’ authentic heritage. The brand accents its clean white foundations with pops of red and blue color for an unmistakably American aesthetic that pays homage to the K•Swiss founders and the brand’s roots. K•Swiss’ signature shield logo also features a red and blue color combination, making this collection a true representation of the brand’s values. In Spring 2015, a new marquee sneaker, the Belmont, undergoes the red and blue treatment to become the hero style of this collection.

THE BRUNNER BLUE COLLECTION
$100.00
Named after K•Swiss founders Art and Ernie Brunner, the Brunner Blue color is drawn from the surface of the competition courts of U.S. tennis. Brunner Blue, deemed the official K•Swiss brand color, is a rich and sophisticated hue with a premium feel. The color is used as a leather accent on the AdCourt, and as a rich suede upper on the classic Lozan.

THE SPRING CANVAS COLLECTION
$80.00
In Spring and Summer as the weather warms, the breathability and versatility of canvas comes to the forefront. K•Swiss introduces a lightweight, premium cotton canvas upper to its low profile silhouettes to bring the perfect complement to the Spring season. Along with Belmont, this collection also highlights the Irvine, a new shoe with a vulcanized construction and visually arresting gum rubber toecap.

THE PASTEL PARADISE COLLECTION
$80.00
Classic heritage court styles, using soft tones of a classic spring color palette, combined with clean, white details. Purple, Lilac and Bubblegum are used as accents on the Belmont and Lozan and as all-over uppers on the heritage Gstaad style.

THE CLASSIC 90s TENNIS COLLECTION
$120.00
Within the brand’s 50-year history of making tennis footwear, the early 1990s were one of K•Swiss’ finest periods of innovation. For Spring 2015, the brand combines progressive technology and bold styling to create re-mastered versions of its iconic 90s silhouettes with exact details true to the original designs. The Si-18 International, one of the finest and well-known performance tennis shoes ever made, will be reissued with the same the bulky profile of the original sneaker. The model will be complete with 90s technology and four country flags representing each of the tennis Grand Slam tournaments. This icon will be reissued for sneaker connoisseurs along with the GstaadTM, a classic shoe from the late 1980s.

THE SW 19 COLLECTION
$100.00
The postal code of the English town of Wimbledon, part of the city of London, SW 19 is a collection inspired by England’s major tennis tournament. This collection of heritage tennis shoes from the late 80’s and early 90’s features a color pairing directly from the K-Swiss archives, applied to the Si18 International and the Gstaad.

Founded in 1966, K•Swiss is a heritage American tennis brand. Since 1966, K•Swiss has represented innovation, quality, performance and style. Its signature K•Swiss Classic, the first leather tennis shoe, made its debut at Wimbledon, and almost 50 years later is still a style staple both on and off the court. Under new leadership, and committed to a fast-paced and significant brand turnaround, K•Swiss is based in Westlake Village, CA.

Jojoba Oil (HO HO BAH) is the most versatile beauty product in my bathroom. It is great for your skin and can even be used to remove makeup, get rid of dry spots and calm your skin. This crazy cold NYC weather has rendered my usual moisturizer totally useless! I had to upgrade to something that would give me more moisture and won’t cause breakout or greasy face.

So I have found a few new favorite products from Jojoba Company I wanted to share with you: 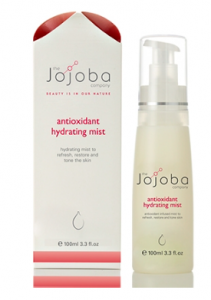 A fast acting, hydriating mist rich in antioxidants to nurture collagen and elastin production while hydrating and calming the skin.  This soothing jojoba based formulation removes left over traces of dirt and makeup, tightens the appearance of pores and tones/restores skin. 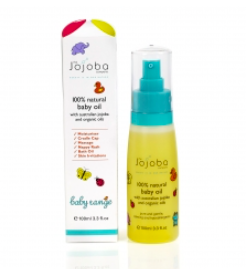 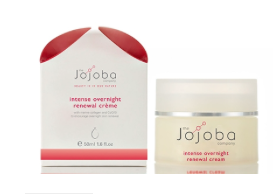 Do your skin a favor and check out http://www.thejojobacompany.com.au/