The Lumene Bright Now Eye Cream is incredible!  The Double bottle makes Lumene really unique and the formulation is incredible.  The concealer is the top part and conceals all redness and dark circles. The Eye Cream is soft and moisturizing.

Lumene Bright Now Visible Repair Eye Cream is developed for versatile care of the skin around the eyes. The eye cream moisturizes and reduces wrinkles and delays the formation of new ones. It also protects against the harmful effects of free radicals. Unique cloudberry stem cell technology helps to smooth out the skin and reduce wrinkles by protecting and maintaining the skin’s own stem cell activity and by boosting its natural hyaluronic acid production. Rich in antioxidants, cloudberry nectar helps to brighten and protect the skin against the signs of aging. The concealer provides instant brightening and helps to cover dark under-eye circles. One shade. Suitable for all skin types.

I am 31 now so it is great to use any preventative measures to keep a youthful appearance.

It’s never too early to start using anti-wrinkle and brighten your look! 🙂

Here are some fashion illustrations did by LULU about Forevermark. 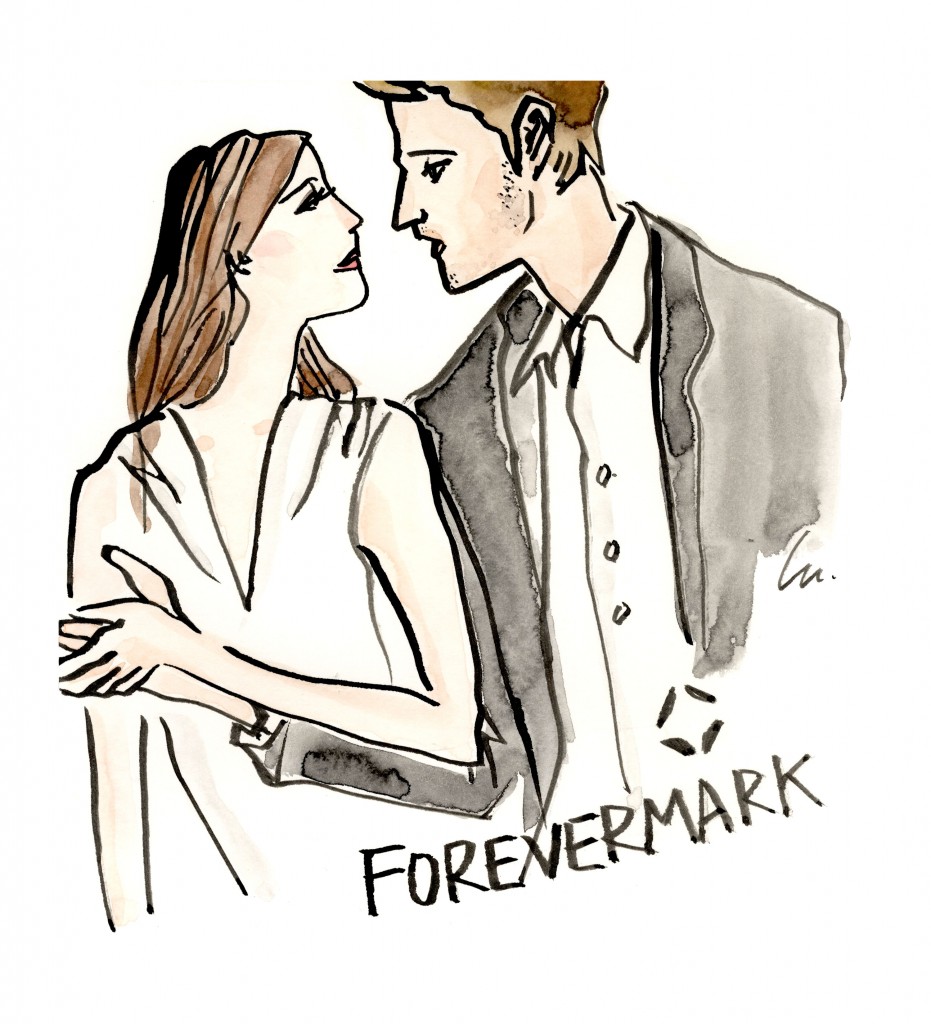 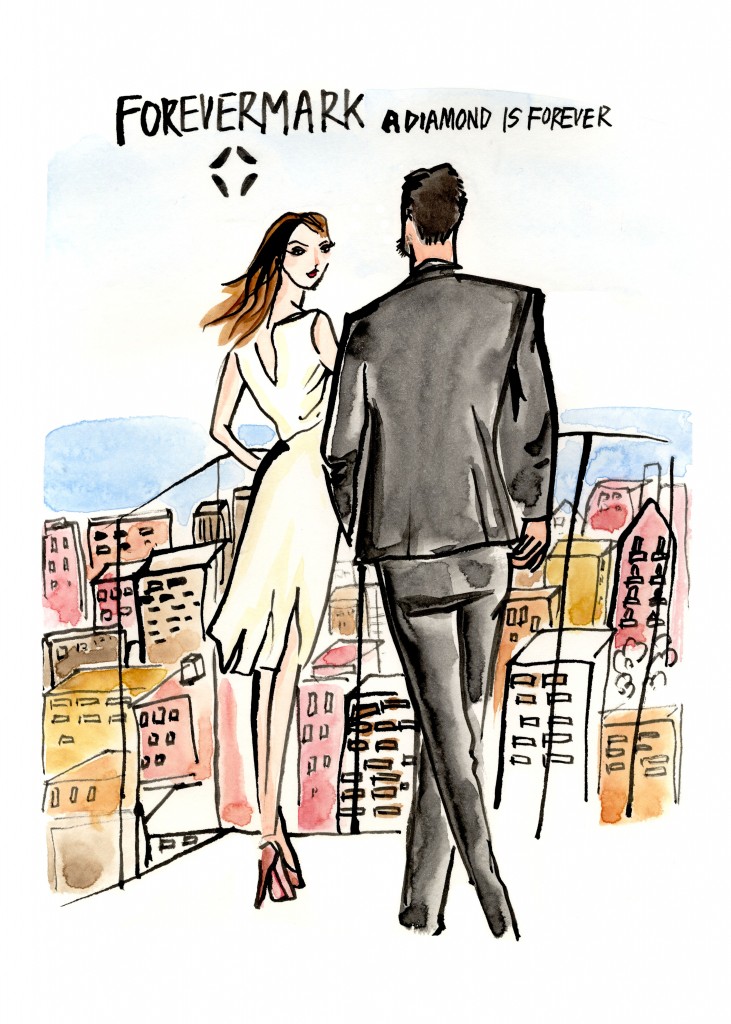 This is LULU’s live sketch at the event. 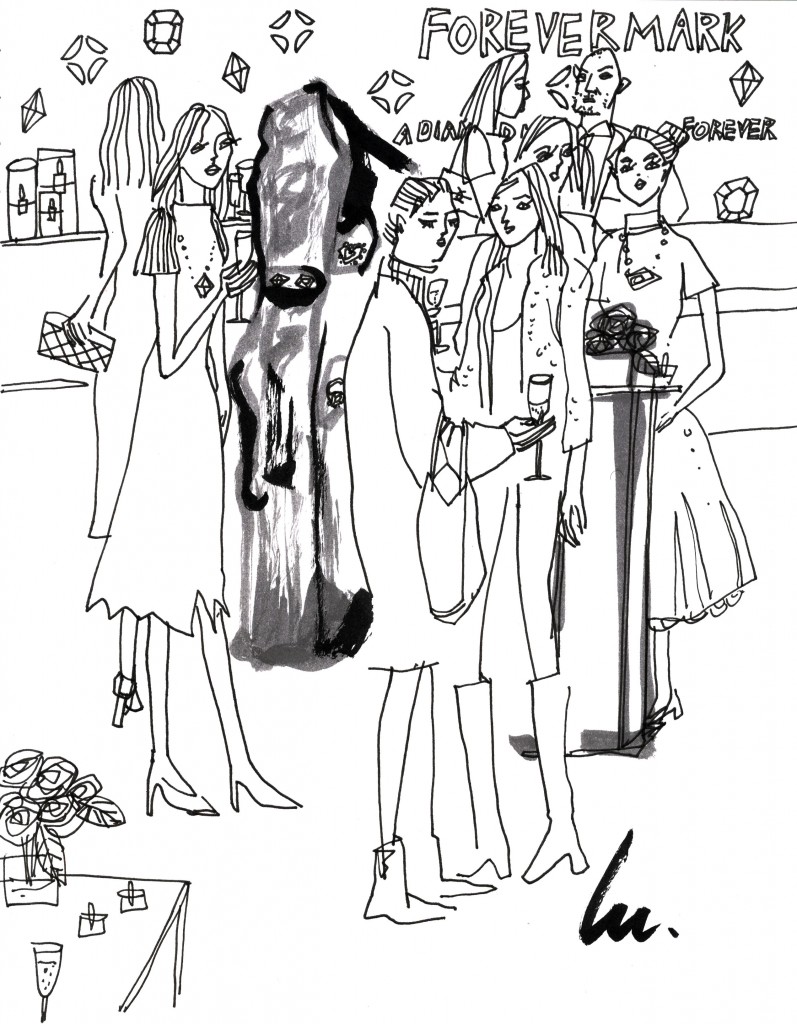 More information about Wednesday night event Forevermark Celebration of ‘A Diamond is Forever’ please via https://www.heydoyou.com/2015/10/forever-celebrates-a-diamond-is-forever-with-premiere-of-new-campaign-the-one/.

Girls’ Star Allison Williams arrived looking stunning in a white Monse Maison dress, Louis Vuitton heels, and donned Forevermark Cluster Earrings, Forevermark by Jade Trau Signet Ring, Forevermark by Natalie K Center of My Universe Ring and stated, “I love that Forevermark pays so much attention to detail. They know a thing or two about finding ‘The One’!”

Lo Bosworth was also in attendance to support the new campaign, and loved how Forevermark’s Diamonds are full of “tender, love, and care” similar to her friendships, especially her friendship with Lauren Conrad. “There is a group of four of us that have been best friends since we were young. We’re kind of bound for life. Lauren and I support each other in our relationships and our careers and that is so important to me.” 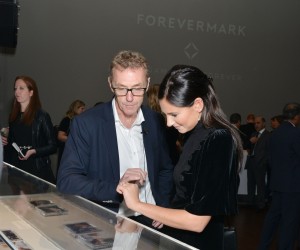 Charles Stanley, President of Forevermark US mirrored those sentiments saying, “When developing a concept for the new campaign, we wanted it to match the epic nature of ‘A Diamond Is Forever,’” said Charles Stanley, President of Forevermark US. “‘The One’ is a metaphor for both the journey of a Forevermark diamond and mankind’s quest for true love, as told through a man’s journey to find his loved one. Less than 1% of the world’s diamonds are worthy of the Forevermark inscription; this film is the human representation of Forevermark’s rigorous selection process and our passionate pursuit of the world’s most beautiful and rare diamonds.”

Directed by Rob Chiu, the commercial was filmed on location in Gran Canaria and Barcelona, Spain. The campaign will launch nationally on November 2nd with :60 and :30 second TV spots on broadcast networks. As part of ‘The One’ print and digital campaign, Forevermark will include the recently announced ‘Ever Us’ two stone ring featuring Forevermark diamonds as part of its partnership with Signet. The ‘Ever Us’ design features two diamonds of the same size touching each other and represents the bond of friendship and love in a relationship. The campaign aims to create a new product category that will create an emotional connection and drive diamond demand. 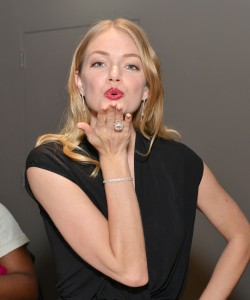 Rounding out Forevermark’s three-tiered holiday advertising campaign is ‘Seize the Day,’ a high-impact call-to-action campaign announced by Forevermark and The De Beers Group of Companies last month. The ‘Seize the Day’ campaign will be similar to De Beers’ past campaign of the same name, which shared the same objective to increase consumer diamond demand. The 2015 ads will be targeted towards men and will feature bold, catchy statements in black font on a white background and classic diamond jewelry piece types.

The ‘Seize the Day’ campaign will also include the ‘A Diamond Is Forever’ slogan and a ‘Happy Holidays from Forevermark’ sign off. 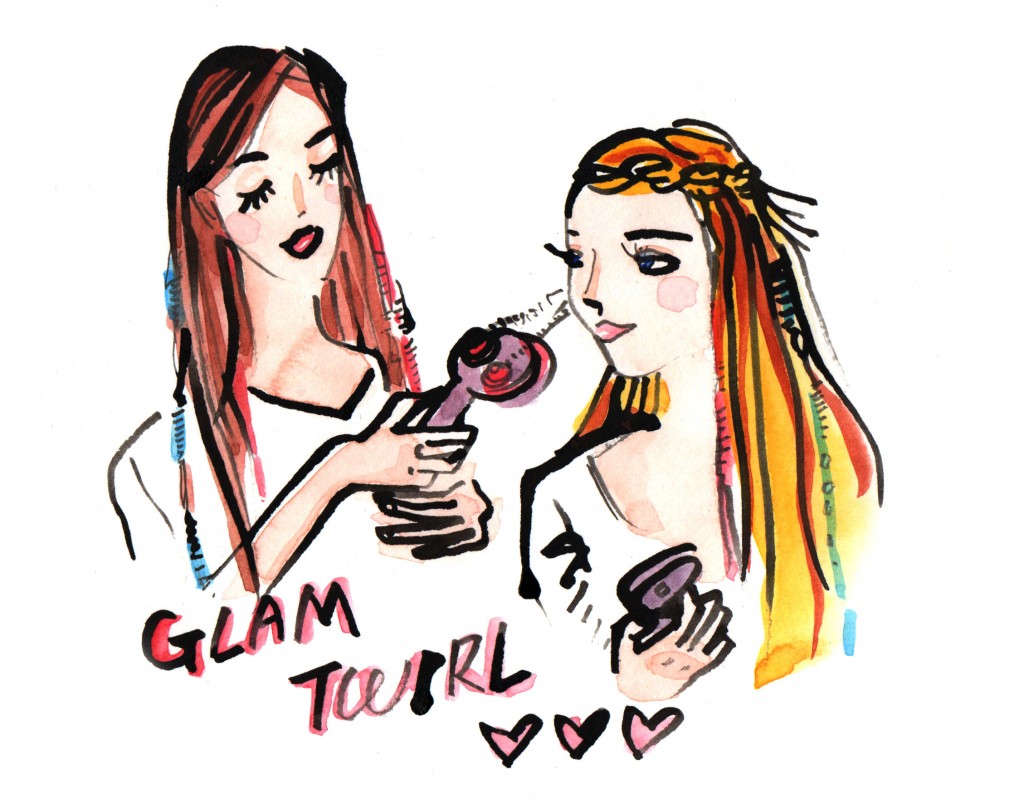 For Immediate Release October 15, 2015, Los Angeles:  GlamTwirl is on every tween and teen girls wish list this Holiday!  Girls can automatically twirl and twist their hair to a braid, or wrap their hair with fun beads and threads using the 2-in-1 GlamTwirl Hair Styler. It lets her, and her friends, style hair in many different creative ways and they are easy to create and just as easy to remove.

The GlamTwirl kit comes complete with the styling wand, twirler and wrapper attachments, hair accessories and style guide, and at less than $20, it makes an affordable holiday gift sure to be a favorite for the trendy, boho chic girl in your life. 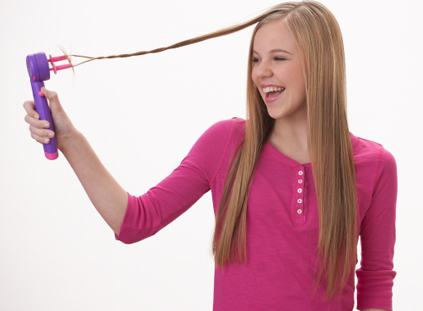 The unique attachments wrap your tresses in colorful threads and can twirl the hair to create fun two-strand twists. With several hair accessory colors, you can create a look to match any event or outfit.  GlamTwirl is battery powered and easy to use.  Extras include thread, beads and GLAMZIES, 3-D hair gems in flower and heart designs.  Wrap, bead or braid, the only limit to your look is your imagination. 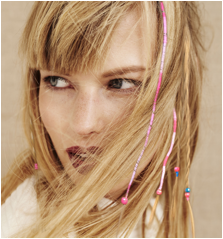 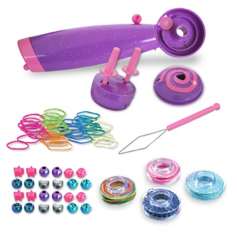 Available on www.GlamTwirl.com and at these fine retailers: Walgreens, Dollar General, Rite Aid, CVS Pharmacy and Toys R Us. 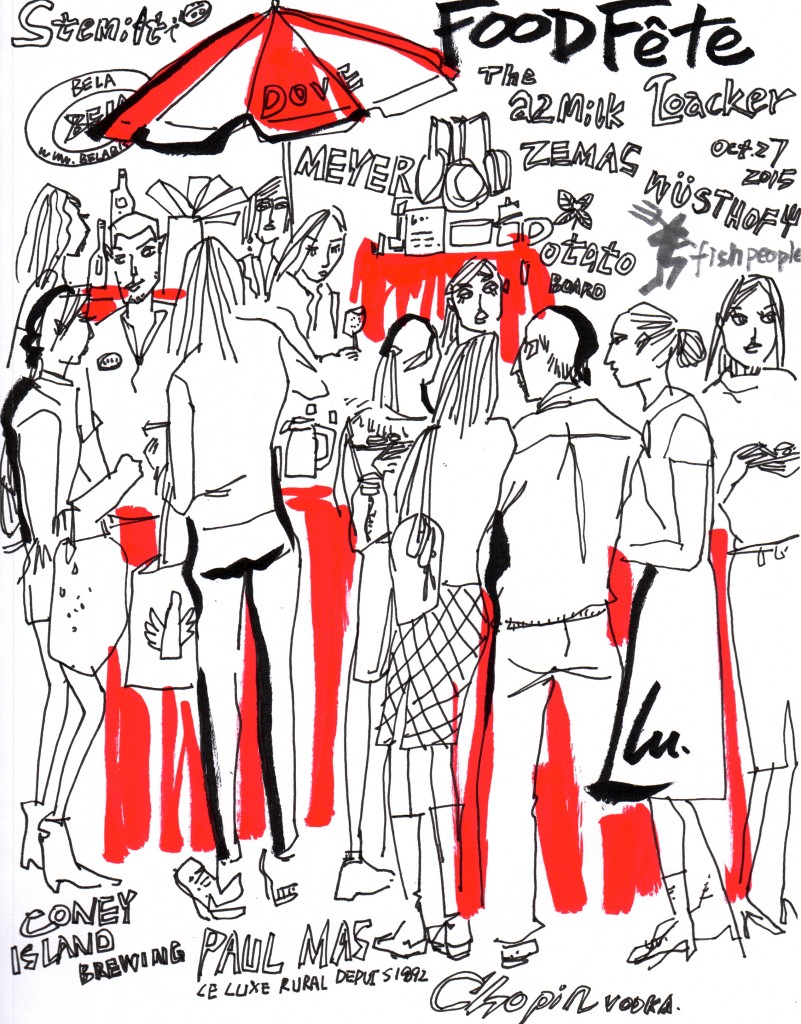 Food Fête is an exclusive, intimate event that introduces food PR and marketing professionals to a targeted group of top food writers.

Food Fête’s original mission in 2005 was to become the press event for launching new products to the food media. As 2016 marks our 12th year, they’ve accomplished that and more. Food Fête has evolved into an essential industry touch point where new food products and the food press intersect. 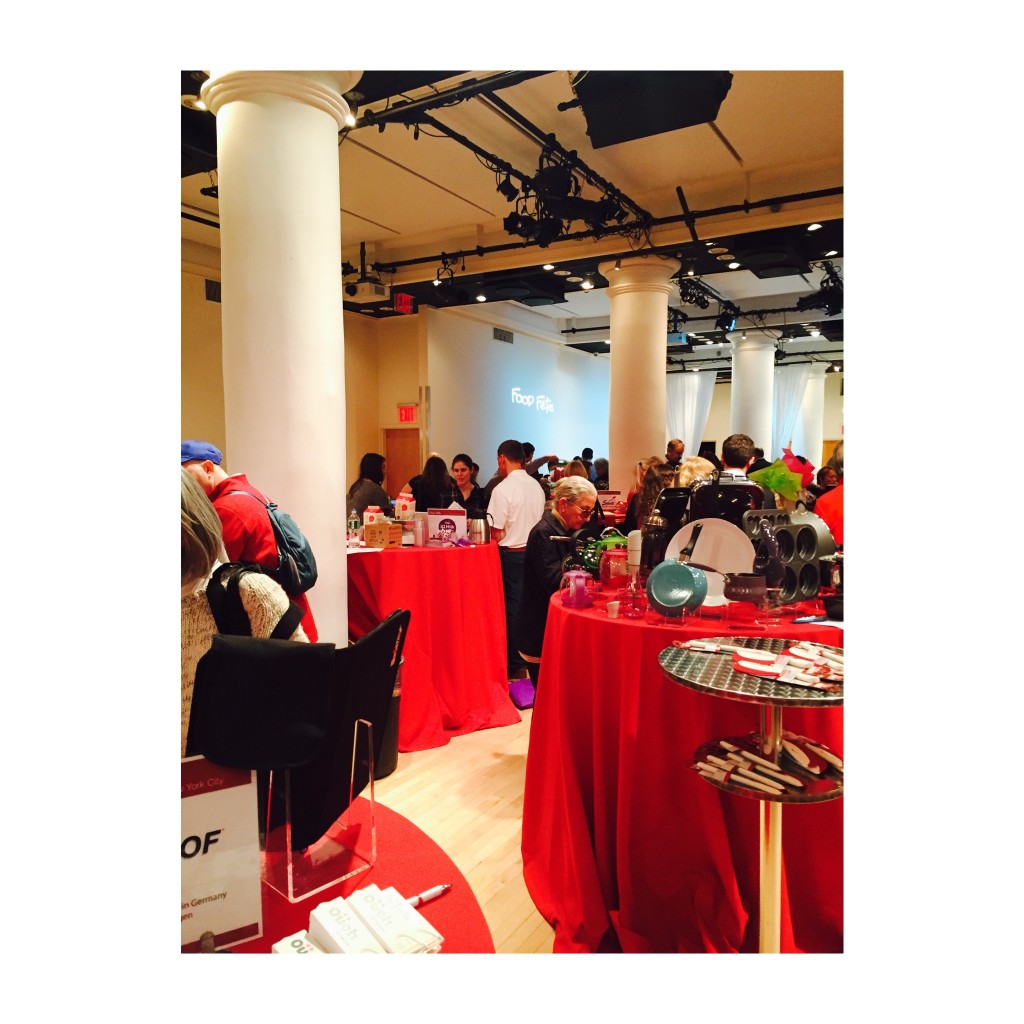 This year, the exhibitors included: 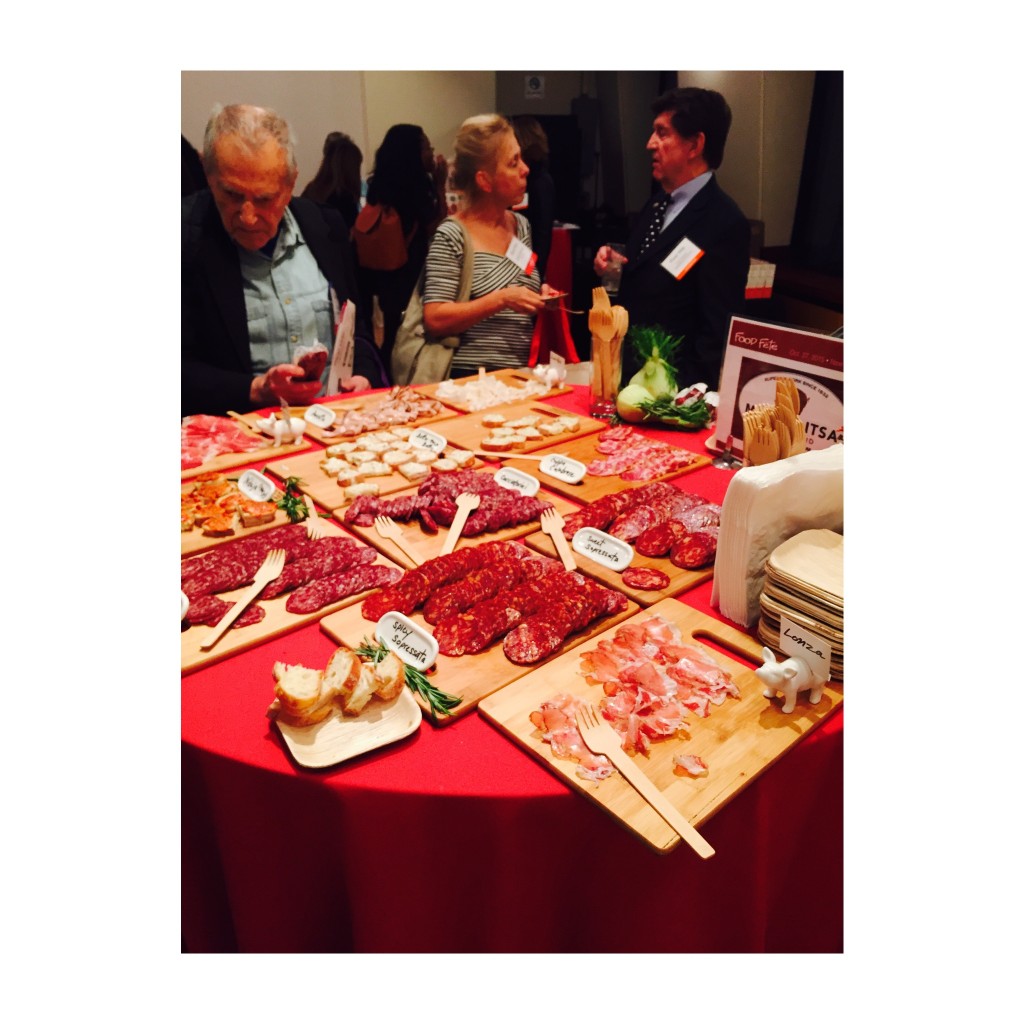 Mangalitsa sausage, believe me, it was very very delicious that I have ever eaten! 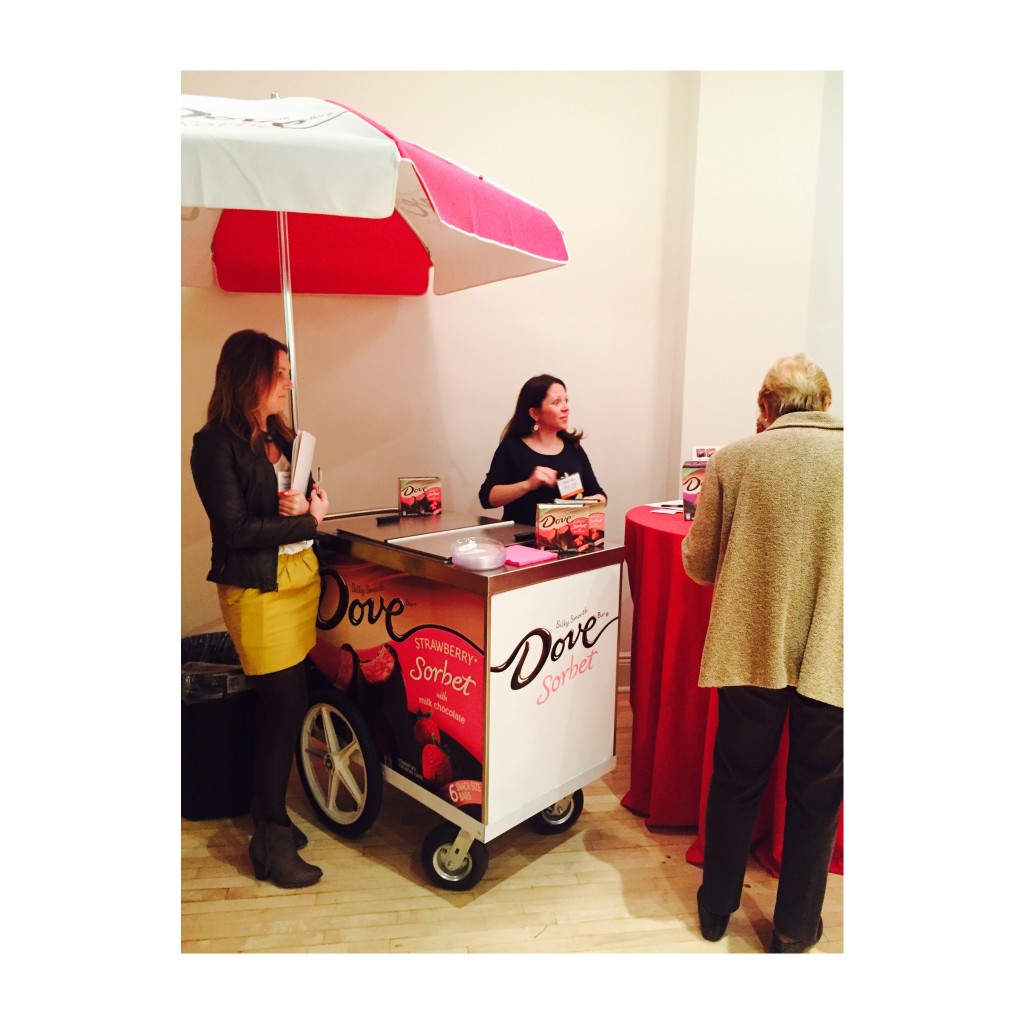 Dove Sorbet, brings the sweet memories back to me, so lovely. 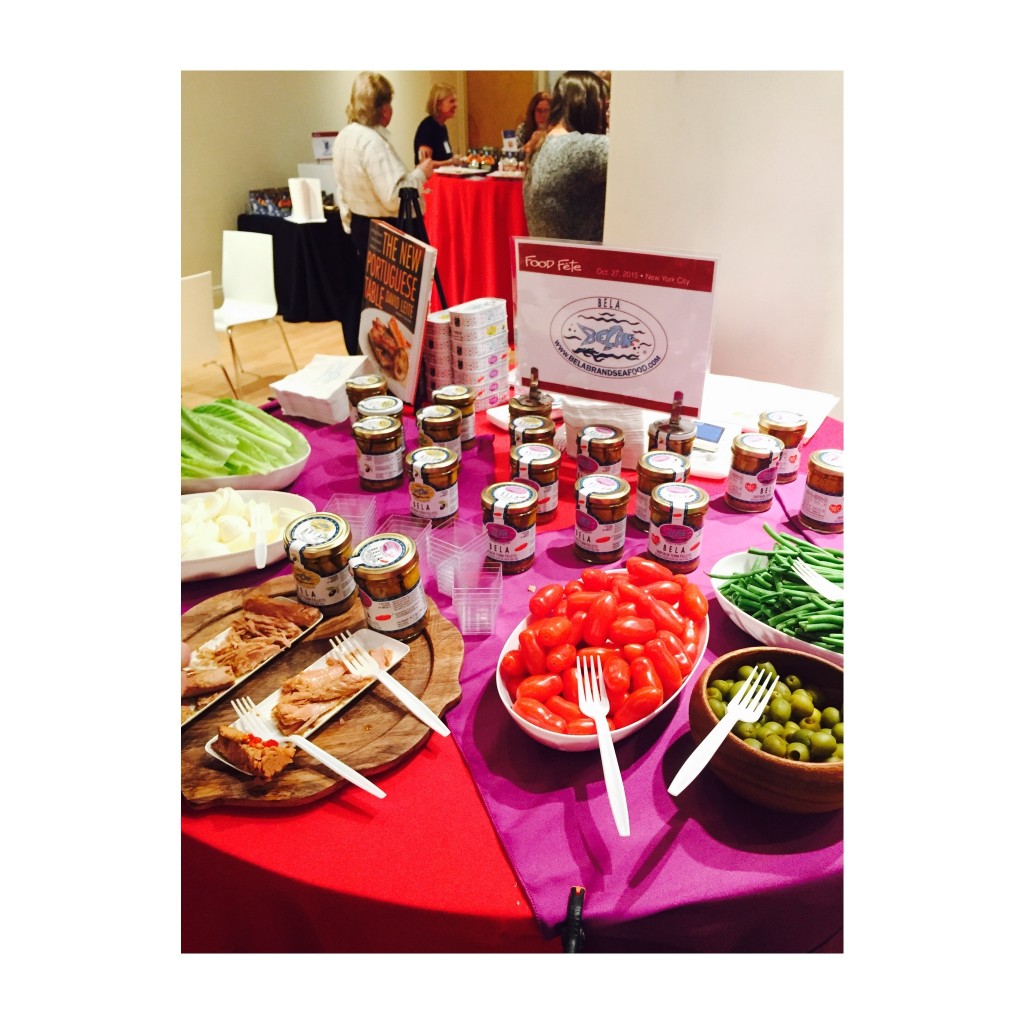 Bela seafood, make your great salad with this amazing fish inside! 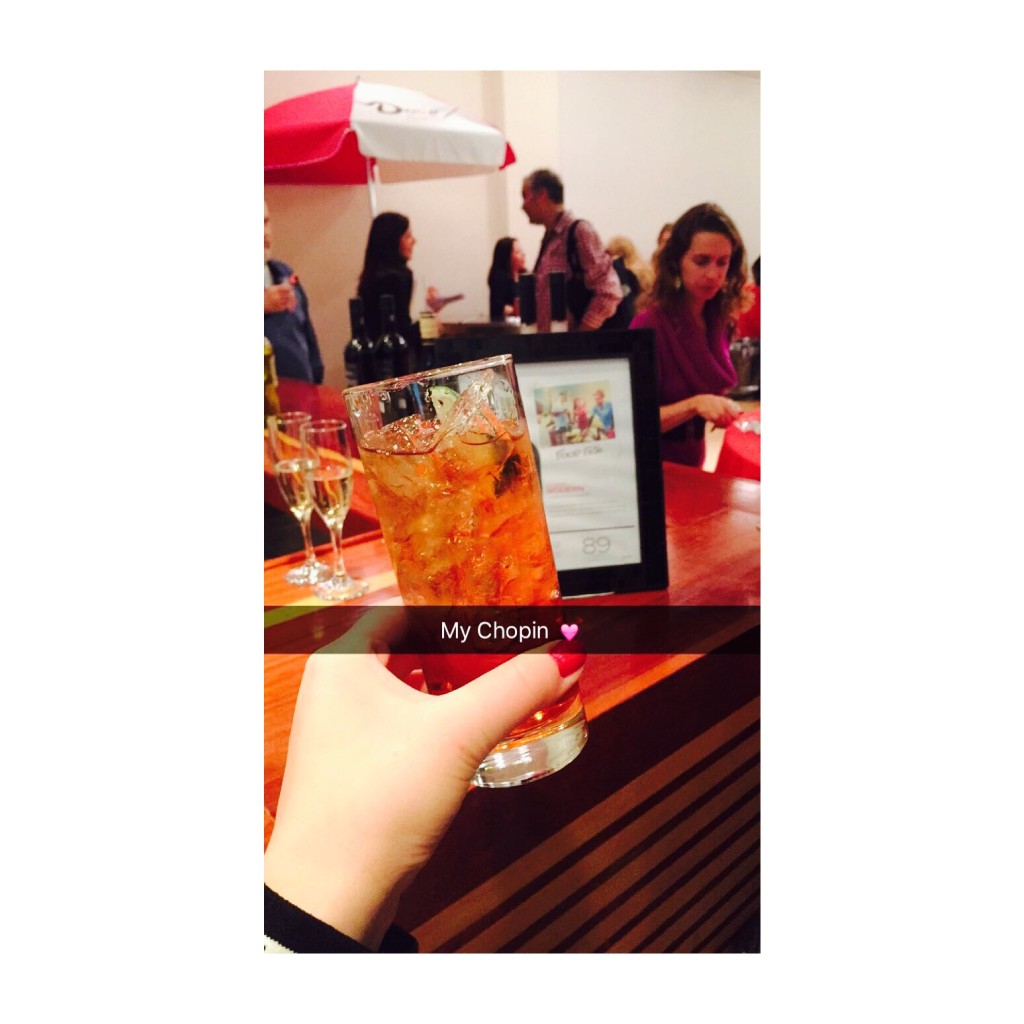 This is my Chopin vodka cocktail, so tasty! 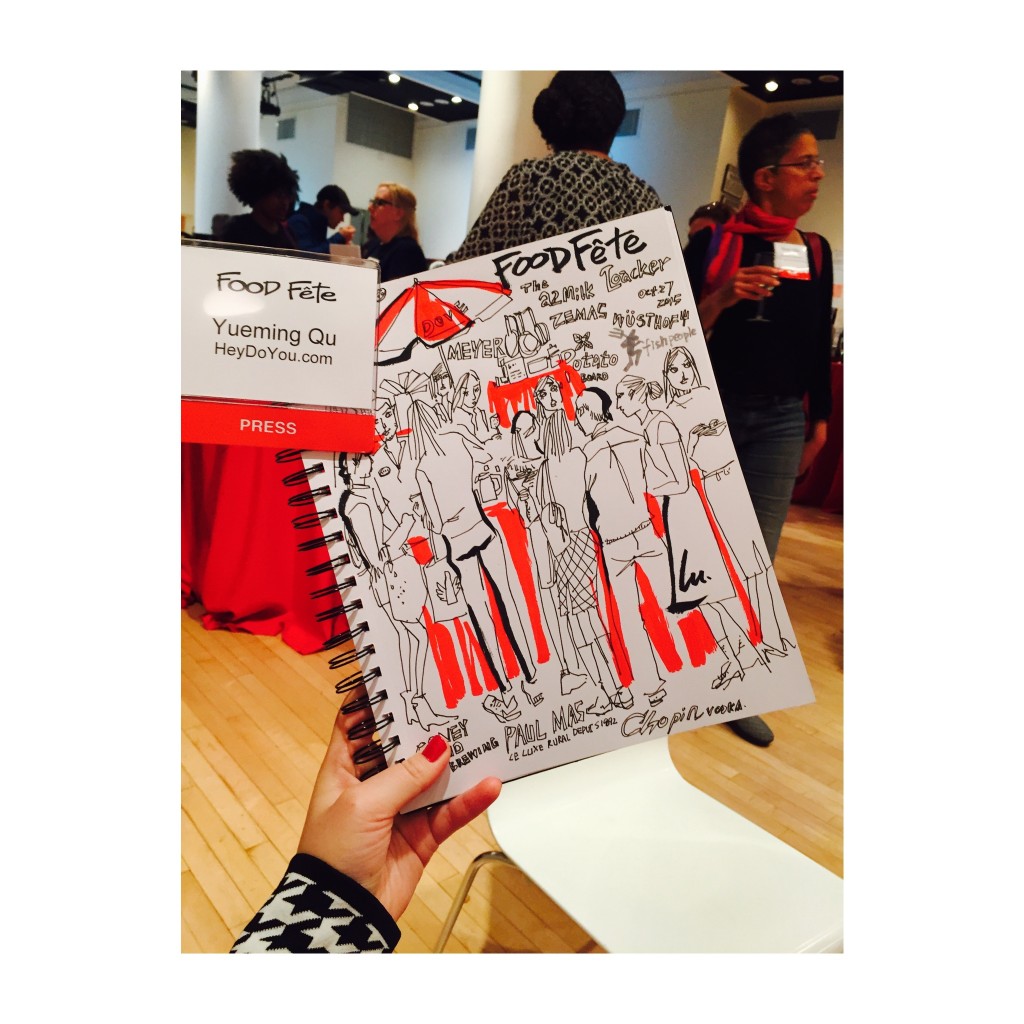 I did the record drawing at this event! So enjoyed it! 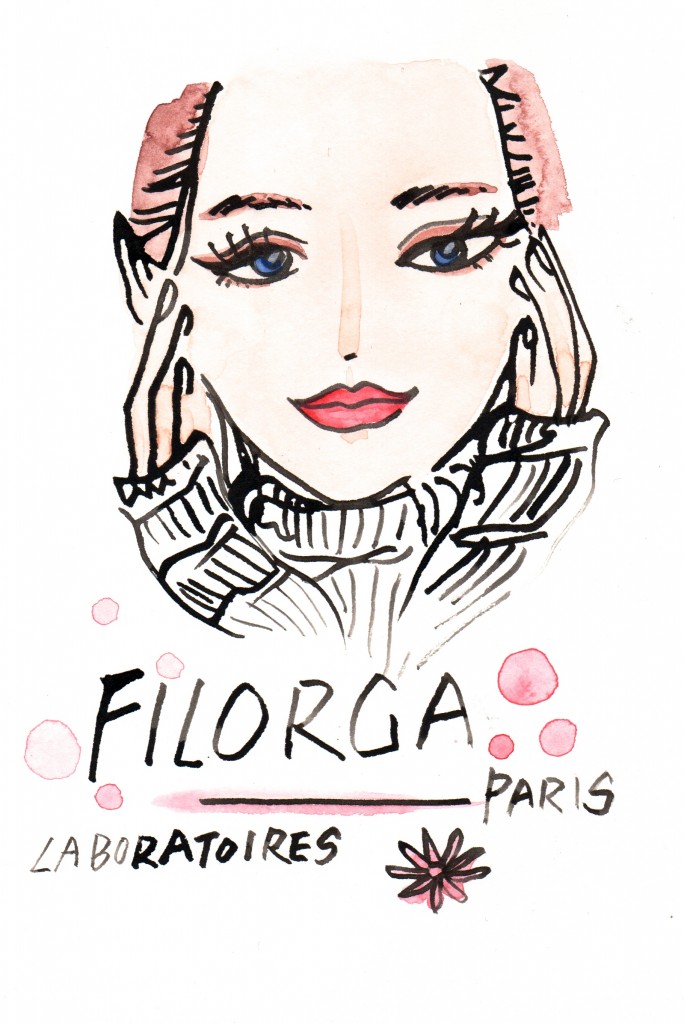 Filorga, a luxury skincare brand founded in France (and currently the #4 bestselling skincare brand in France), who are making their grand introduction into the US market.  Filorga has become a world leading provider of anti-ageing solutions for both the medical profession and general consumers for over 30 years. We prides ourselves on providing cutting-edge non-surgical anti-ageing solutions. We know that the best results depend on highly effective procedures that associate the right products with the right techniques: this is our key strength. Our products are world-class, developed by a scientific committee of internationally renowned experts (physicians, pharmacists, biologists, cosmetologists). We now aim to make Filorga a global benchmark for medical and consumer anti-ageing solutions. For more information visit www.filorga.com. 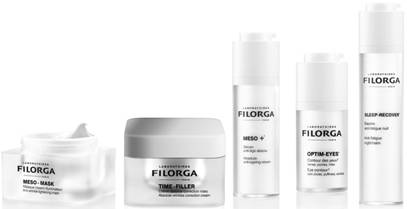 Available for purchase at Nordstrom and Nordstroms.com.