It’s no secret that most New Yorker readers flip through the magazine to look at the cartoons before they ever lay eyes on a word of the text. But what isn’t generally known is that over the decades a growing cadre of women artists have contributed to the witty, memorable cartoons that readers look forward to each week. Now Liza Donnelly, herself a renowned cartoonist with the New Yorker for more than twenty years, has written this wonderful, in-depth celebration of women cartoonists who have graced the pages of the famous magazine from the Roaring Twenties to the present day.

An anthology of funny, poignant, and entertaining cartoons, biographical sketches, and social history all in one, Very Funny Ladies offers a unique slant on 20th-century and early 21st-century America through the humorous perspectives of the talented women who have captured in pictures and captions many of the key social issues of their time. As someone who understands firsthand the cartoonist’s art, Donnelly is in a position to offer distinctive insights on the creative process, the relationships between artists and editors, what it means to be a female cartoonist, and the personalities of the other New Yorker women cartoonists, whom she has known over the years. 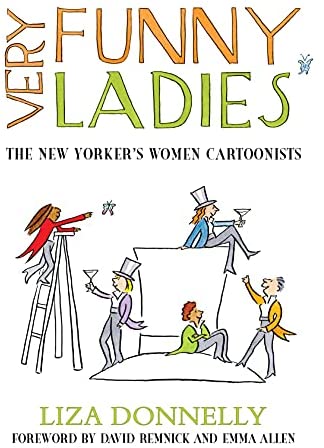 Very Funny Ladies reveals never-before-published material from The New Yorker archives, including correspondence from Harold Ross, Katharine White, and many others. This book is history of the women of the past who drew cartoons and a celebration of the recent explosion of new talent from cartoonists who are women. Donnelly interviewed many of the living female cartoonists and some of their male counterparts: Roz Chast, Liana Finck, Amy Hwang, Victoria Roberts, Sam Gross, Lee Lorenz, Michael Maslin, Frank Modell, Bob Weber, as well as editors and writers such as David Remnick, Roger Angell, Lee Lorenz, Harriet Walden (legendary editor Harold Ross’s secretary). The New Yorker Senior Editor David Remnick and Cartoon Editor Emma Allen contributed an insightful foreword.

Combining a wealth of information with an engaging and charming narrative, plus more than seventy cartoons, along with photographs and self-portraits of the cartoonists, Very Funny Ladies beautifully portrays the art and contributions of the brilliant female cartoonists in America’s greatest magazine. 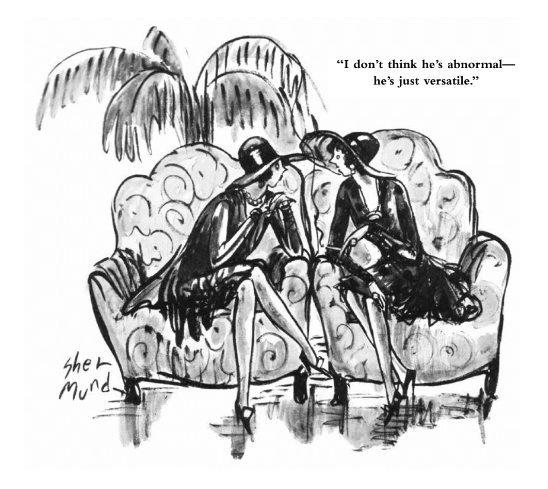 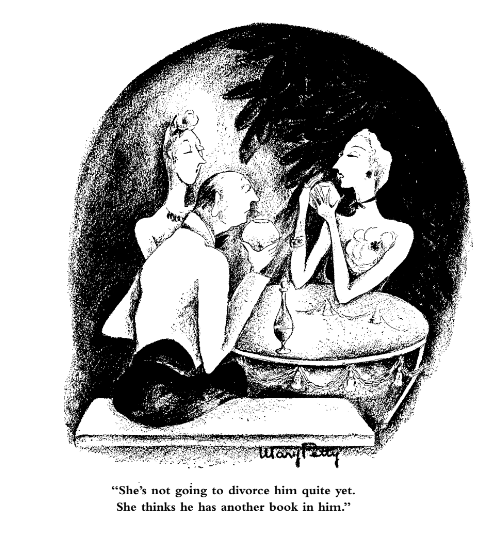 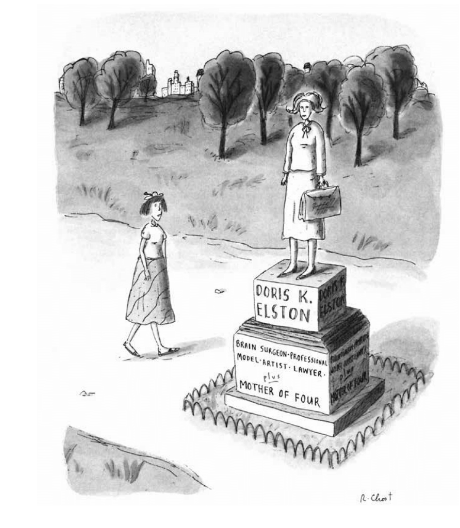 Liza Donnelly (Rhinebeck, NY) has been a cartoonist for The New Yorker for over 30 years. When she started, she was one of only three women cartoonists being published by the magazine at that time. Ms. Donnelly has written and illustrated a series of children’s books about dinosaurs and has edited four collections of cartoons, including Mothers and Daughters, and, with Michael Maslin, Fathers and Sons, Husbands and Wives, and Call Me When You Reach Nirvana. She has also contributed cartoons and illustrations to The New York Times, The Nation, Cosmopolitan, and many other national magazines.

Prometheus Books is a provocative, progressive and independent imprint committed to testing the boundaries of established thought and providing readers with thoughtful and authoritative books in a wide variety of categories. Taking its name from the courageous Greek god who gave fire to humans—lighting the way to reason, and independence-Prometheus Books has focused on several core categories including popular science, critical thinking, philosophy, history, atheism, humanism, current events, psychology, and true crime.