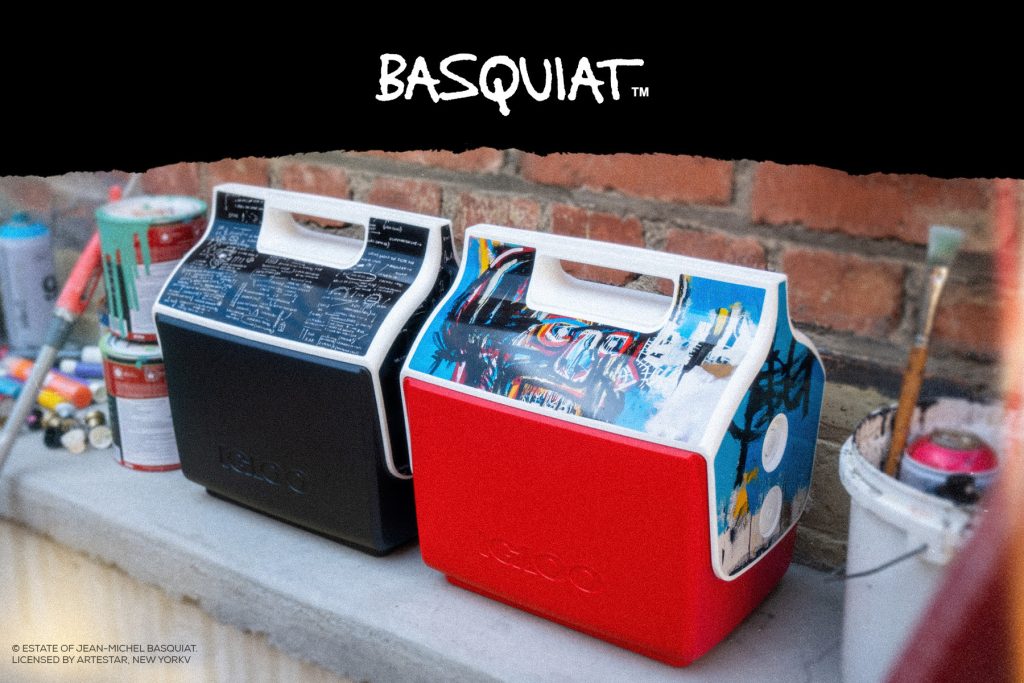 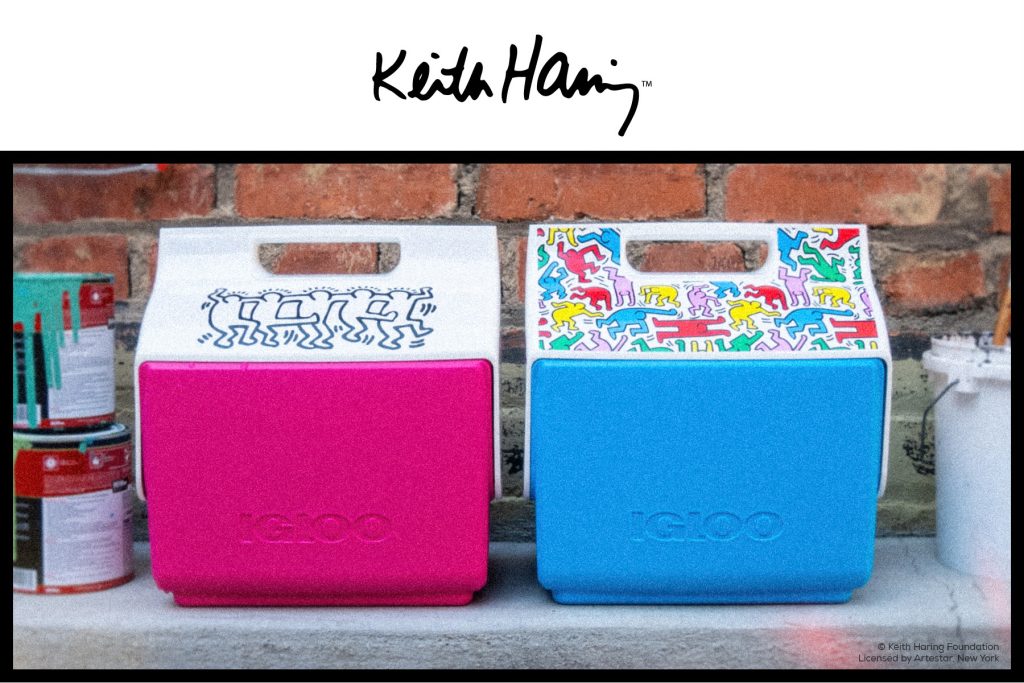 “We couldn’t be happier to collaborate with Artestar on a Playmate cooler collection inspired by Jean-Michel Basquiat and Keith Haring, two of the greatest artists of the late 20th century,” said Adrienne Berkes, Vice President of Marketing at Igloo. “It’s a high honor to offer art lovers four special Playmates featuring famous art pieces by these American visionaries.” 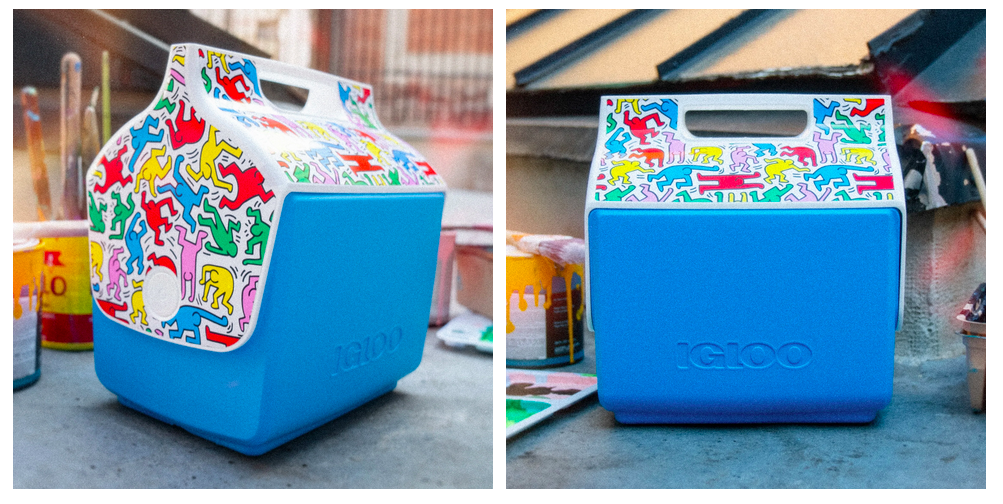 Born from a modest metalworking shop back in 1947, Igloo has been instrumental in redefining how we live, work and play. What began with bringing clean water to the worksite quickly moved into super-functional, best-in-class ice chests. Igloo products made the family outdoor recreation movement of the 20th century possible. Suddenly, taking your kids camping on the weekend became easy and cross-country road trips became a summer vacation staple.

As the brand approached the next century, Igloo is 1,200 employees strong. They are proud to call—a 1.8-million-square-foot, three-building facility in—Katy, Texas home. With more than 500 products sold at thousands of retailers around the globe, they can confidently call themselves the number one cooler manufacturer in the world.

And through it all they haven’t lost sight of their original goal—to create products that enable the pursuit of happiness (however you define it). That’s why Igloo still working hard every day to innovate, create and make it easier for you to get out, work hard and play even harder. 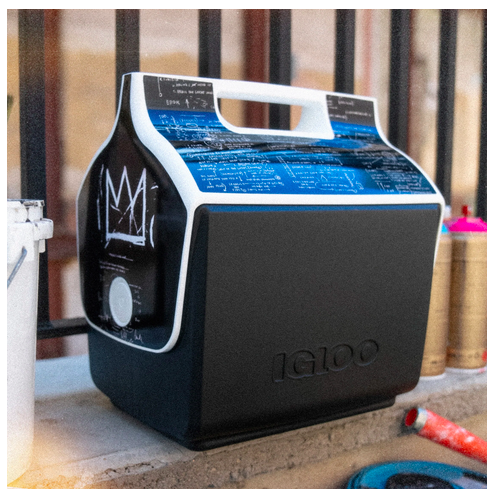 Jean-Michel Basquiat is one of the best known artists of his generation and is widely considered one of the most important artists of the 20th century. His career in art spanned the late 1970s through the 1980s until his death in 1988, at the age of 27.

Basquiat works are edgy and raw, and through a bold sense of color and composition, he maintains a fine balance between seemingly contradictory forces such as control and spontaneity, menace and wit, urban imagery and primitivism. The Basquiat brand embodies the values and aspirations of young, international urban culture.

Basquiat often incorporated words into his paintings. Before his career as a painter began, he produced punk-inspired postcards for sale on the street, and become known for the political–poetical graffiti under the name of SAMO.

The conjunction of various media is an integral element of Basquiat’s art. His paintings are typically covered with text and codes of all kinds: words, letters, numerals, pictograms, logos, map symbols, diagrams and more, and featured multi-panel paintings and individual canvases with exposed stretcher bars, the surface dense with writing, collage and imagery. 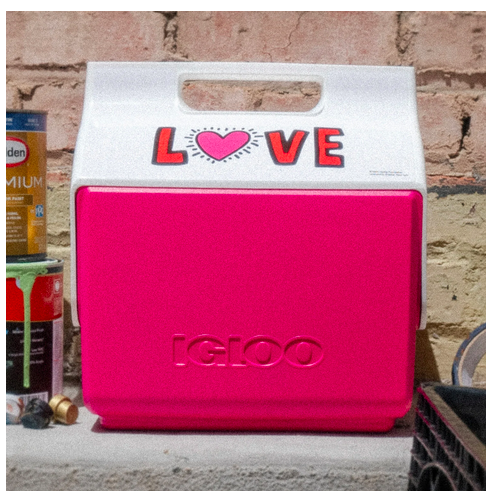 Keith Haring (1958-90) was one of the most renowned of the young artists, filmmakers, and performers whose work responded to urban street culture of the 1980s. Inspired by the graffiti artists whose marks covered the city’s subway cars, Haring began to draw in white chalk over the black paper used to cover vacant advertising panels. Not only was Haring able to reach a large and diverse audience with his subway drawings, but, eventually, the subway became, as Haring said, a “laboratory” for working out his ideas. As early as 1980, Haring began exhibiting in galleries and museums around the world, but continued to participate in public projects, including literacy campaigns and anti-AIDS initiatives.

Before his death, Keith Haring established a foundation in his name to maintain and enhance his legacy of giving to children’s and AIDS organizations. Throughout his career, Haring produced murals, sculptures and paintings to benefit hospitals, underprivileged children’s groups and various community health organizations. The Foundation is also committed to sustaining and expanding public awareness of Keith Haring. By working with museums, galleries, publishers and art education programmers, the Foundation is able to provide information and artwork to the public that might otherwise remain unexplored in archives. Keith Haring died in New York in February 1990 of AIDS, at the age of 31.

Haring has been the subject of several international retrospectives. His work is in major private and public collections, including those of the Museum of Modern Art; the Whitney Museum of American Art; Los Angeles County Museum of Art; Art Institute of Chicago; the Bass Museum in Miami; Centre Georges Pompidou, Paris; Ludwig Museum, Cologne; and Stedelijk Museum, Amsterdam.