You’re now rocking with the best!

Black Eyed Peas, Classified, and Rise Against Added As Next Round Of Performers For The 2009 MUCHMUSIC VIDEO AWARDS

Toronto, ON (June 3, 2009) – Much pumps out the beats and raises the heat on June 21 with a new set of MMVAs performers announced today. The 2009 MUCHMUSIC VIDEO AWARDS welcome the quintessentially hip Black Eyed Peas, Canadian beat-master Classified, and hard core rockers Rise Against to the artist line-up ready to take over Much HQ in Toronto. The date to mark is Sunday, June 21 at 9 p.m. ET with the MMVAs 09 RED CARPET SPECIAL at 8 p.m. ET. Previously announced performers include Lady Gaga, Kelly Clarkson, Shiloh, Billy Talent, Alexisonfire, and co-hosts the Jonas Brothers. The party of the season is a guaranteed good time whether fans are live in the crowd or watching from home. Music lovers should stay tuned for more announcements on the celeb line-up soon.

“It feels great to be nominated, especially on such a national level,” said Classified. “I work hard on my music and my art and when people award you for it, it feels great.”

“Being so proud of the video and the message behind it, we are really excited that so many people embraced it across Canada,” said Tim McIlrath of Rise Against. “Being nominated for the Best International Video Of The Year provides the video and the message behind it, the opportunity to be shared with that many more people, so we thank MuchMusic, the Canadian viewers, and our die-hard fans for providing us that opportunity. We can’t wait to play live for you at the MuchMusic Video Awards, see you then!” 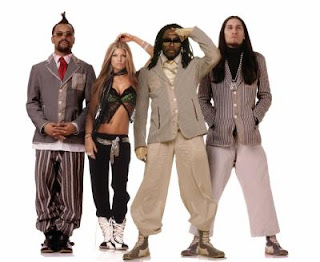 The Black Eyed Peas are back in business with their brand new release, The E.N.D, out on June 9. This hip-moving, hyperactive dance album has already taken the club world by storm with its #1 single “Boom Boom Pow”. The Black Eyed Peas’ are making their second MMVAs appearance, bringing yet another high-energy, air-pumping performance to MMVAs fans.

With more than 10 years of experience on the music scene, rapper Classified became successful by his own rules. A resident of Enfield, Nova Scotia, Classified has proved beyond a doubt that East Coasters have urban flava to spare. Through his own music label Halflife Records, he has produced other artists and helped his beloved N.S. scene gain notoriety. Classified won the 2006 MMVAs Best Rap Video and this year he performs for the first time on the MMVAs stage. Play that funky music white boy. 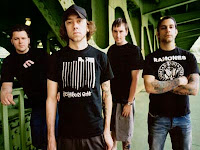 Rise Against make their first appearance at the 2009 MMVAs. Known for their political musical edge, the Chicago quartet bring a distinctive punk sensibility to this year’s MMVAs. Their fifth studio album, Appeal to Reason spawned the single “Re-Education (Through Labor)” which is up for International Video Of The Year – Group.

Official sponsors for the 2009 MMVAs include Pepsi, Nokia, Molson, Subway and Virgin Mobile.

MuchMusic gives fans the experience of a lifetime by putting them as close as humanly possible to their favourite artists and celebrities at the 2009 MUCHMUSIC VIDEO AWARDS. The show airs live on Sunday, June 21 at 9 p.m. ET with a star-packed Red Carpet special beforehand at 8 p.m. ET. Past years have seen performances by Rihanna, Avril Lavigne, The Killers, Simple Plan, New Kids On The Block, City and Colour, Kanye West, Kardinal Offishall and Akon, Nelly Furtado, Britney Spears, Hedley, Fergie and many more. At the MMVAs, the audience is the priority; Much gives them the best seats in the house, whether a foot from the stage or a foot from a television, computer, or mobile phone. Fans should hit up Much regularly at muchmusic.com or Twitter @MuchMusic for the most up-to-date info about the event of the year.