The holidays are no time to be shy about lip color, and to me they mean it’s time to break out the reds and berries. If you are a neutral-gloss-wearing type who never wears a strong color on your mouth, now’s the time to upgrade to muted red or a berry stain. If, on the other hand, your makeup bag is already bursting with saturated these colors, now is the time of year to go full-on, especially at night and especially for parties, or to even deepen your shades with a bit of black. 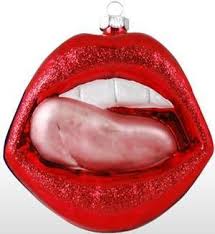 My all-time favorite red is Giorgio Armani Rouge d’Armani #400 (not 401 as inexplicably recommended by Lucky in their September 2010 red lipstick piece – it’s way too orange). 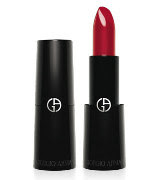 A close second and quite an unsung hero among reds is NARS’s Red Lizard. While everyone is falling all over themselves over Lancome’s Absolute Rouge, NARS’s Jungle Red and MAC’s Russian Red, Red Lizard is an incredibly flattering shade and a much truer, richer red than these, although its texture is just a tad dry. Further along the glossy spectrum, one product stands alone: Chanel’s Dragon Satin Lip Lacquer. Applied generously with the wand, it’s rich, saturated and striking. Patted down with your finger or a tissue it’s muted more like a stain. Of course, my old standby – a lifesaver for on-the-subway-on-the-way-to-the-party touchups is NARS’s Cruella Velvet Matte Lip Pencil. 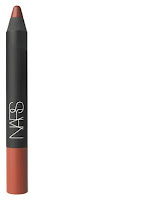 So quick and so easy, I often wear it during the day. If you have a darker complexion or are a woman of color, MAC’s Ruby Woo will be a knockout on you. For fairer-skinned among us, this color looks clownish, but I have literally stopped Asian and African American women on the street and asked them what they are wearing and often this is the color.
Chanel’s Lune Rousse. As a member of the Rouge Coco line, its texture couldn’t be more perfect, it feels like a dream going on and lasts seemingly forever. Despite all the press about Ballet Russe (it has seemed to show up in every magazine lately), I find it too severe. Other lovely berry shades are MAC’s old standby Diva and Lancome’s Le Rouge Absolu in Merlot.

If you’ve already ventured into red and berry territory and want to turn it up a notch, add a dab of MAC Lipmix in Black to your lipcolor. Lipmix is the next generation following Mattene lipstick in Midnight Media from a couple of years ago that sold out so fast everyone’s heads were spinning.
If all this is still too much for you and you still have the urge to leave your lips neutral, I’ll leave you with one idea that I stumbled upon last New Year’s: swipe a bit of sheer orange gloss over your usual lipstick for a festive pop of color

that will go with just about anything but will help your look stand out. My personal favorite – because it’s not too orange-y – is Smashbox’s Alluring. Use it over a neutral pencil, on top of your usual neutral color, or even combined with a stronger color (I use it in the center of my top and bottom lips even over red when I’m going out at night).
Happy holidays!