Another pet joins the HeyDoYou team…

“Squeaky,” as he often goes by, was rescued by a neighbor of mine and then I adopted him. When I brought him home, he was pretty friendly and followed me around the house wherever I went. But a few days in, he became such a “scaredy cat,” spending his time hiding out under the couch or running frantically back to his hideout whenever anyone entered the room. I worried that we’d have bonding issues and I’d be stuck scooping poop for a kitty who never wanted to play with me for the rest of his life. Fortunately, after about a week, he finally came around.

Squeaks is now a happily adjusted kitten with tons of energy. He does not stop, but with that comes plenty of free entertainment. He’s constantly nipping or licking at your feet or hands, or anything body part that you’re trying to use at the time. And when he’s hunger, he “squeaks” rather than meows to let you know it’s feeding time. 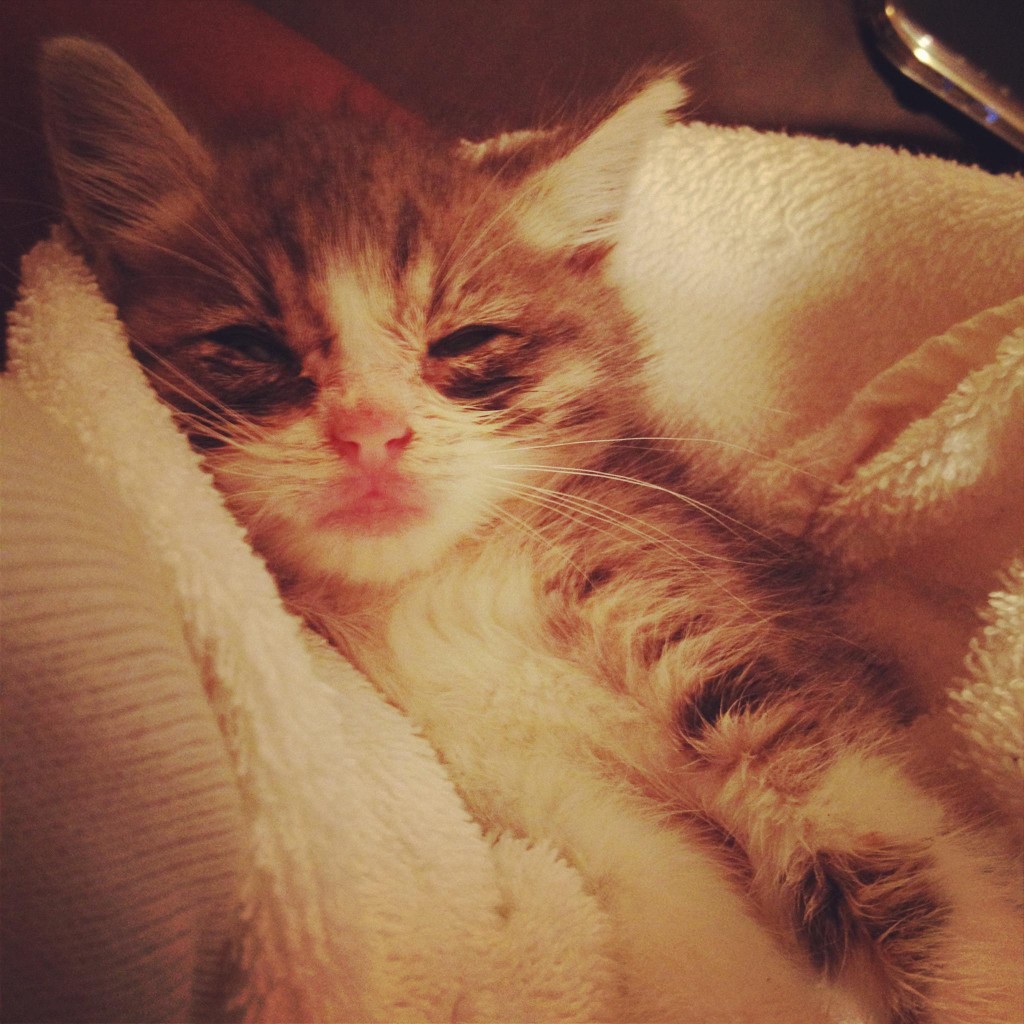 A day or two after I got him 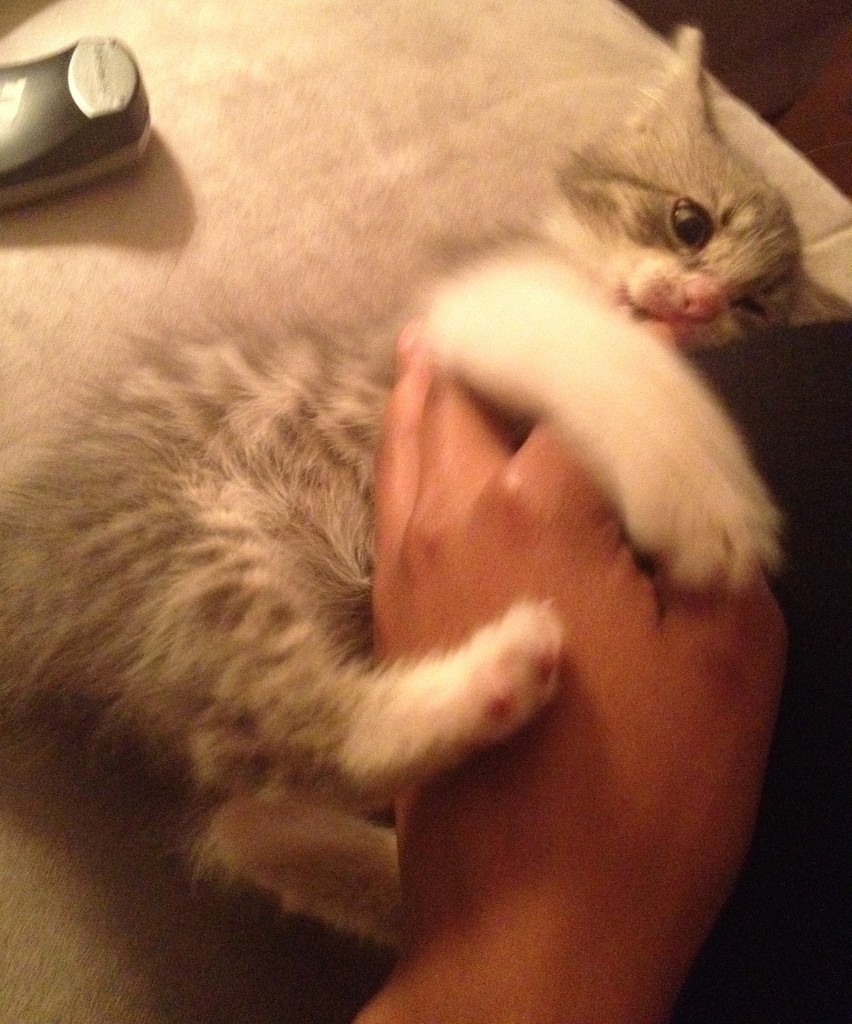 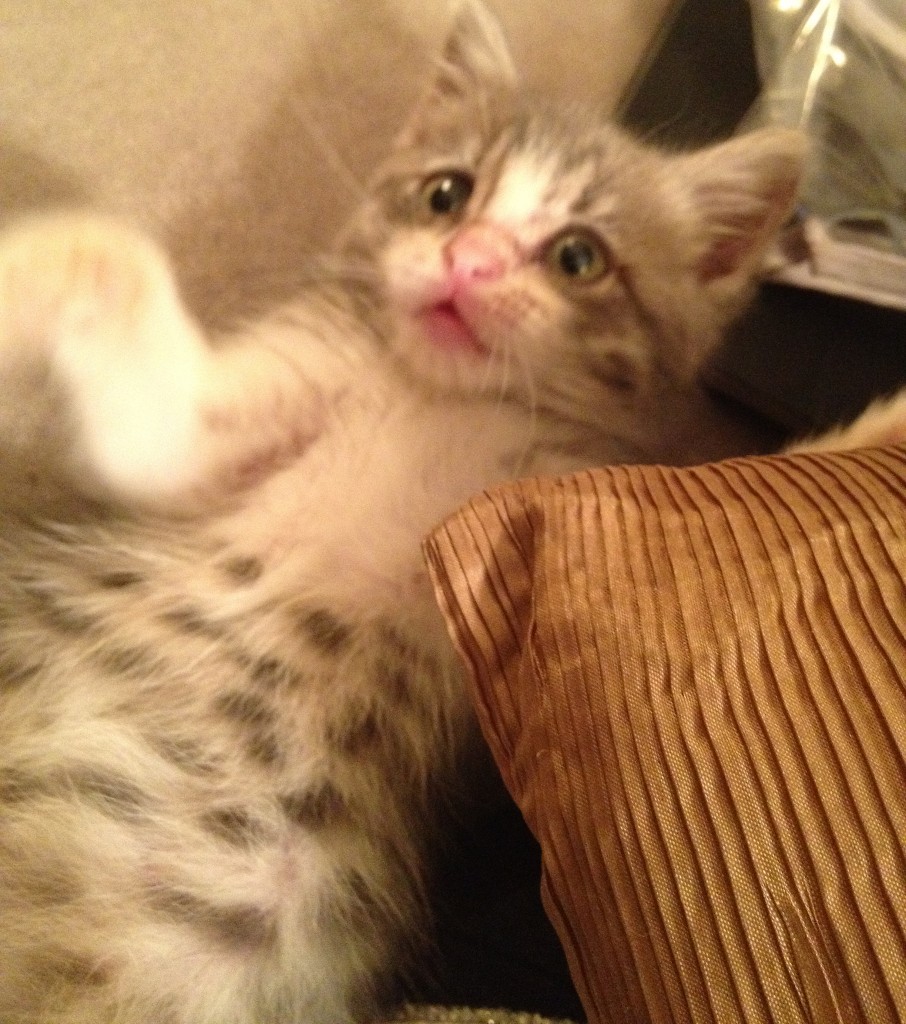 …and playing–pretty much all he likes to do! 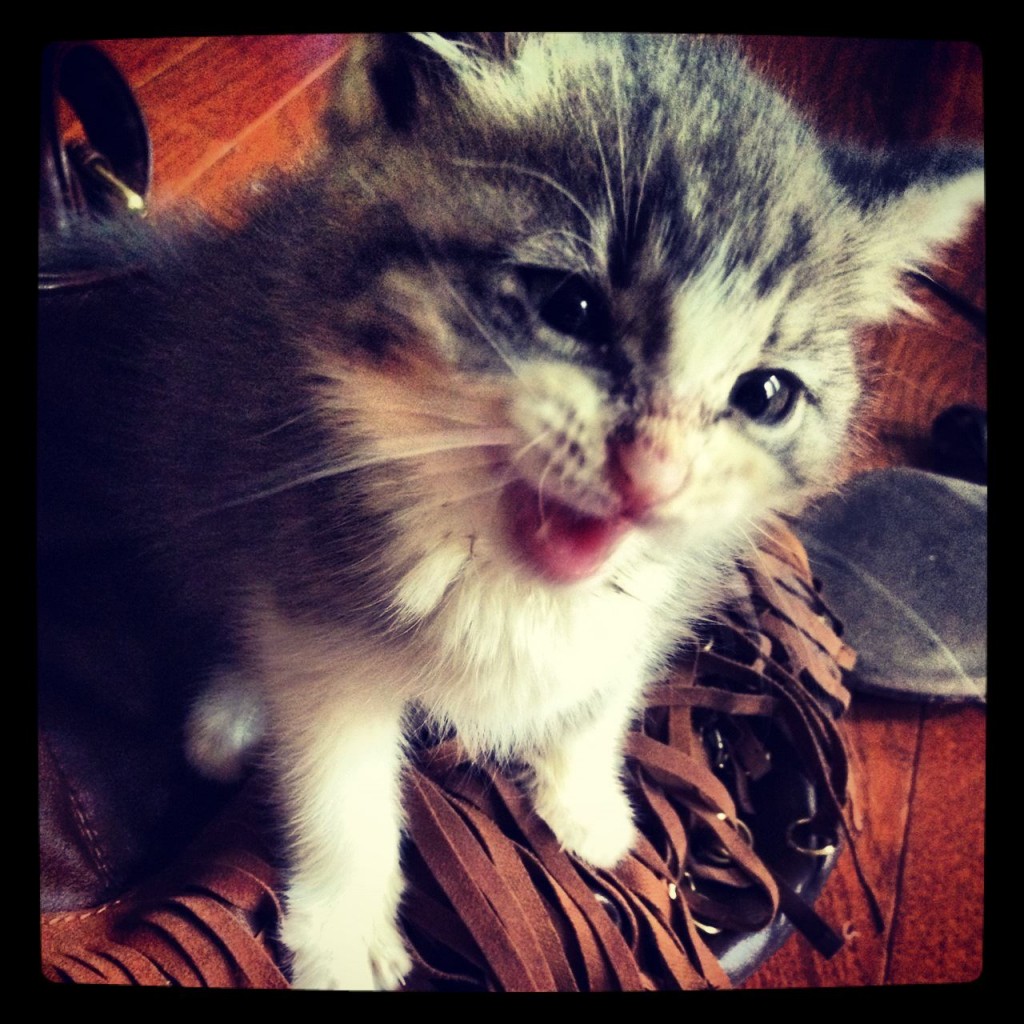 Squeaks clearly doesn’t know who’s pooping his scoop and feeding him, because he hissed at me when I tried to take this photo!