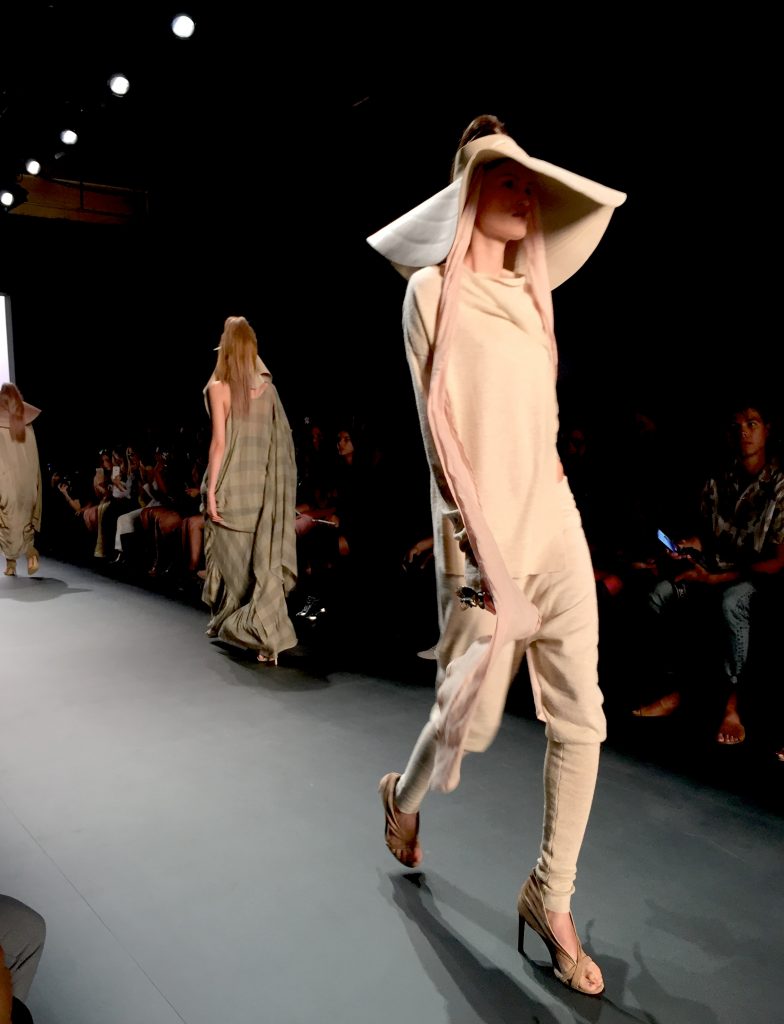 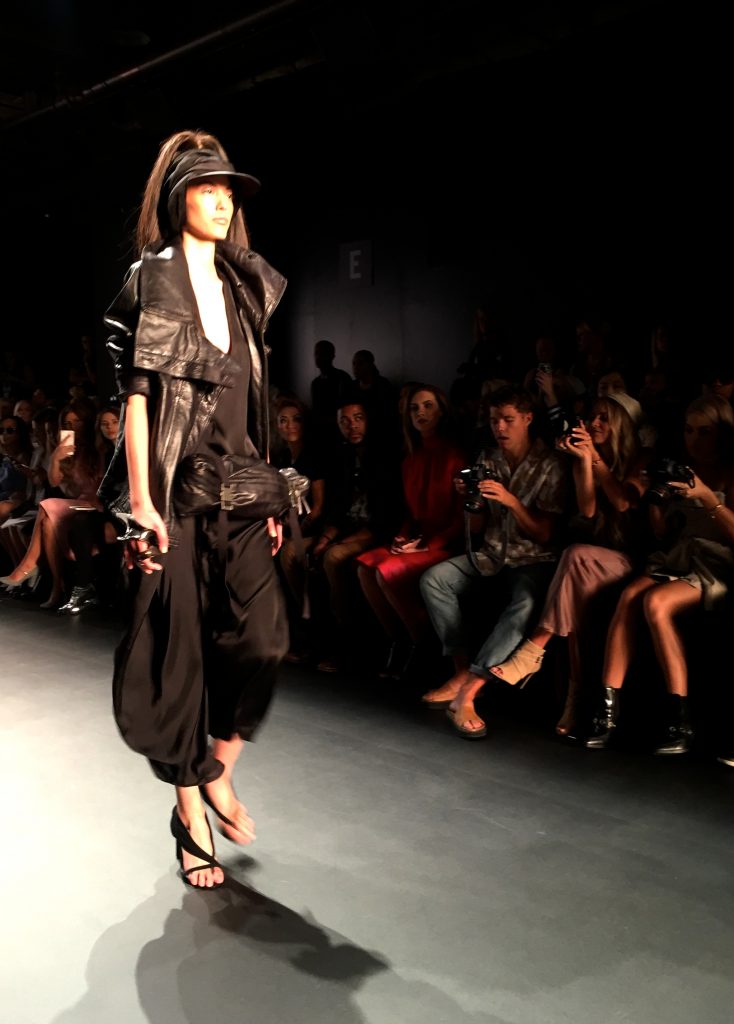 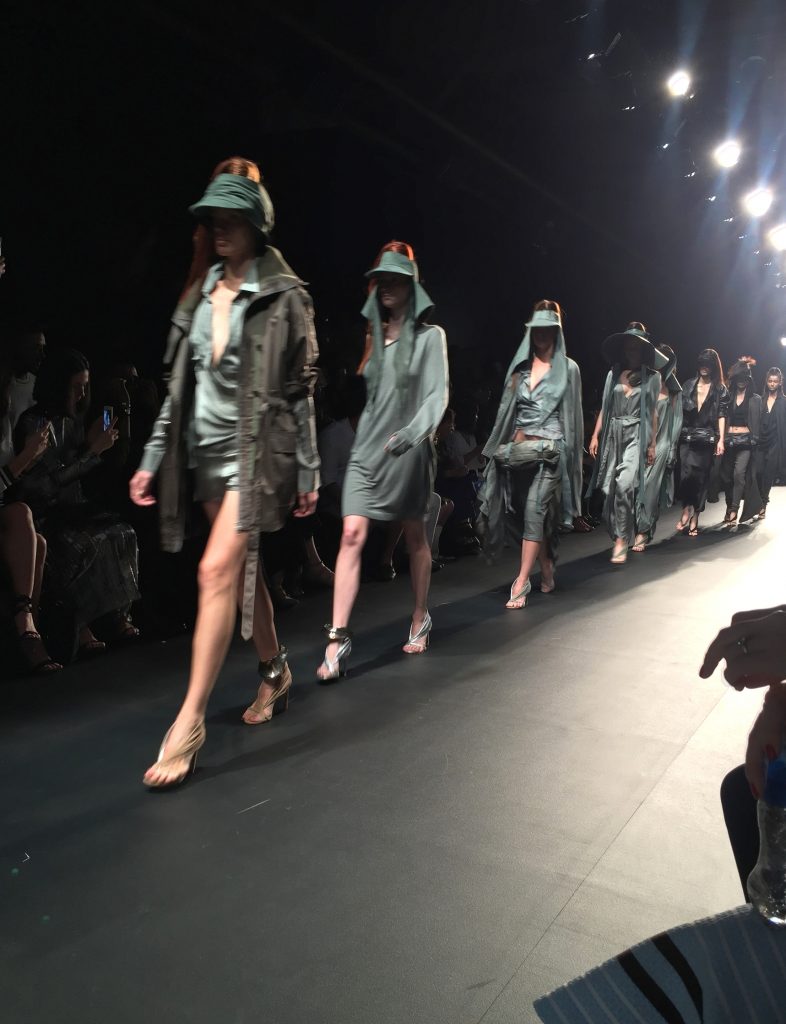 Nicholas K kicked off New York Fashion Week on the first official fashion week day. Nicholas K is a global luxury brand that elicits the modern urban nomad. It has been one of CFDA members since 2010. SS17 was inspired from the 2014 movie “Theeb”, which is a 2014 Jordanian Arabic-language film written and directed by Naji Abu Nowar. The design team of Nicholas K picked the idea and feeling from movie and then put in the new line, such as the earth color. From the images we can see the new line still keeps Nicholas K style but more neutral and loose. I love the oversized floppy hats by the way! 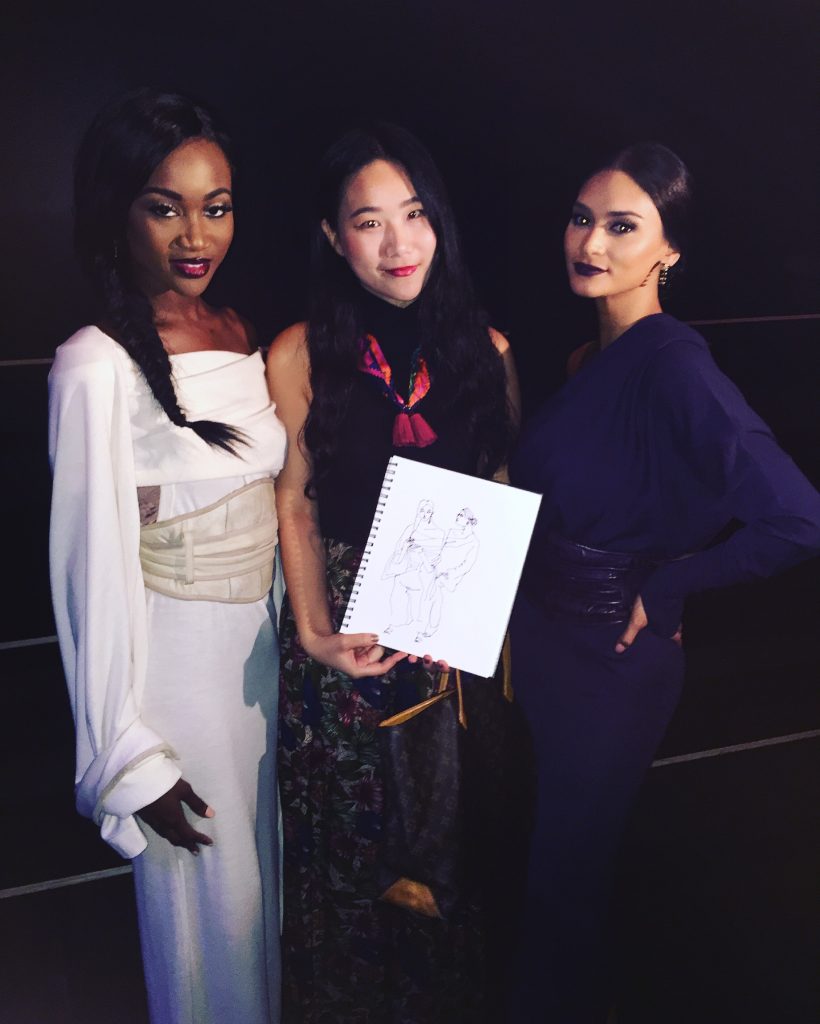 It was very glad to meet Miss Universe Pia Alonzo Wurtzbach and Miss USA Deshauna Barber at the show.

Lulu captured them in the front row! 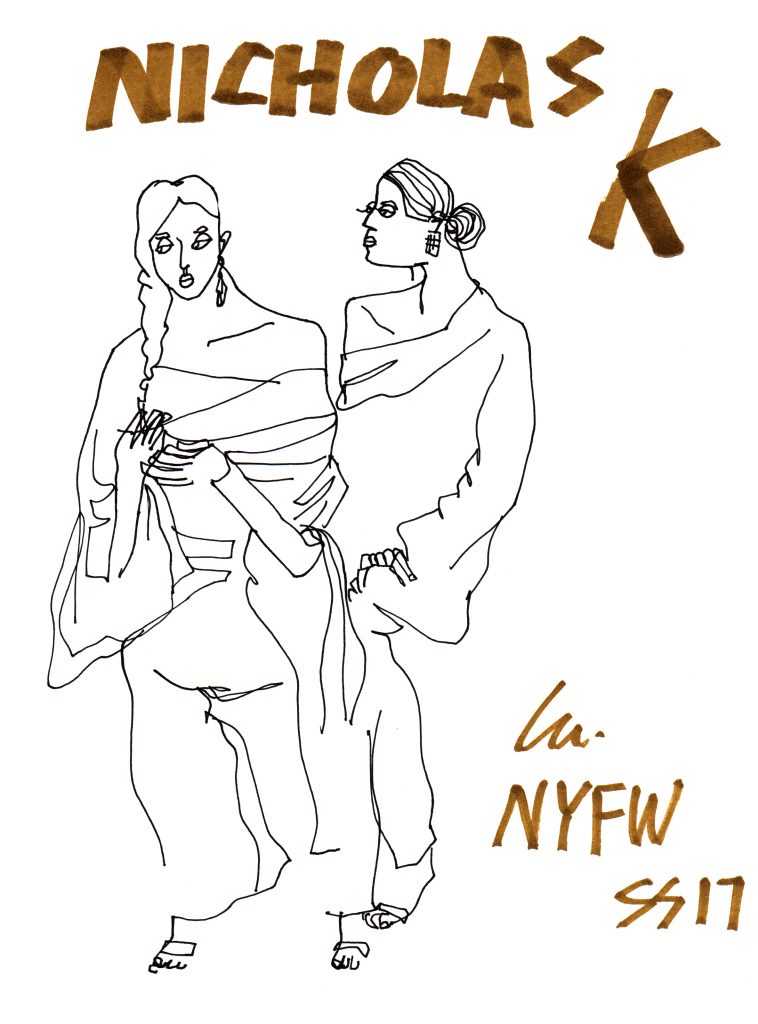 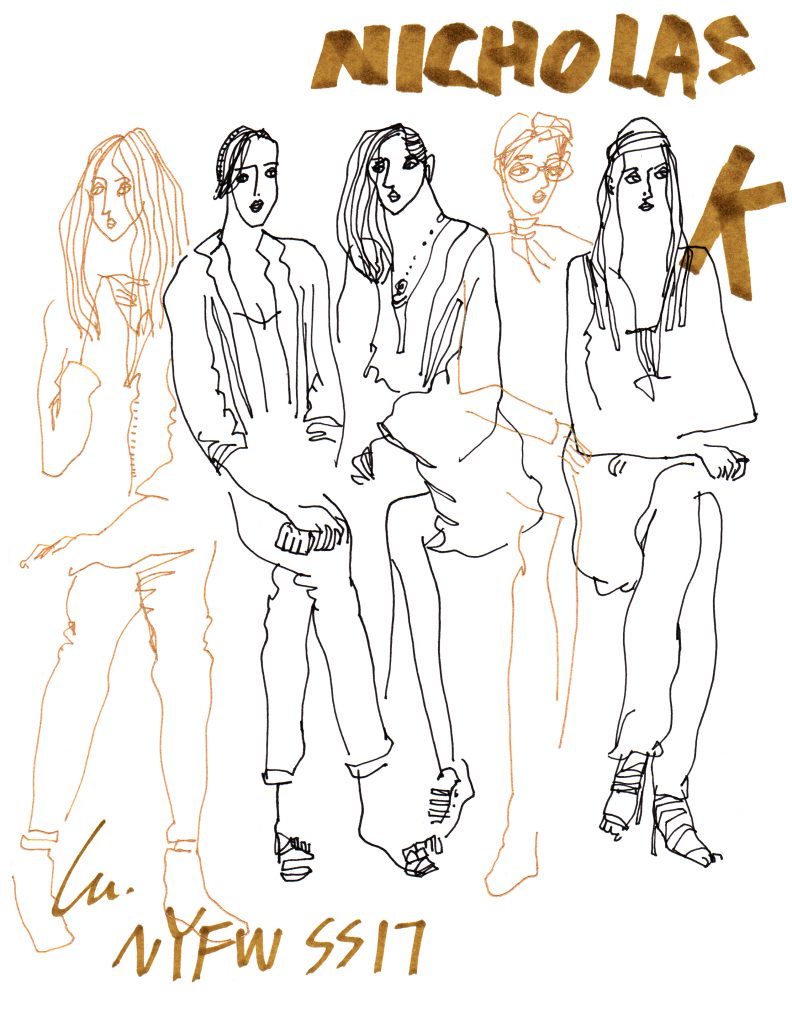 And more, live sketches of the models in Nicholas K ss17 in runway. 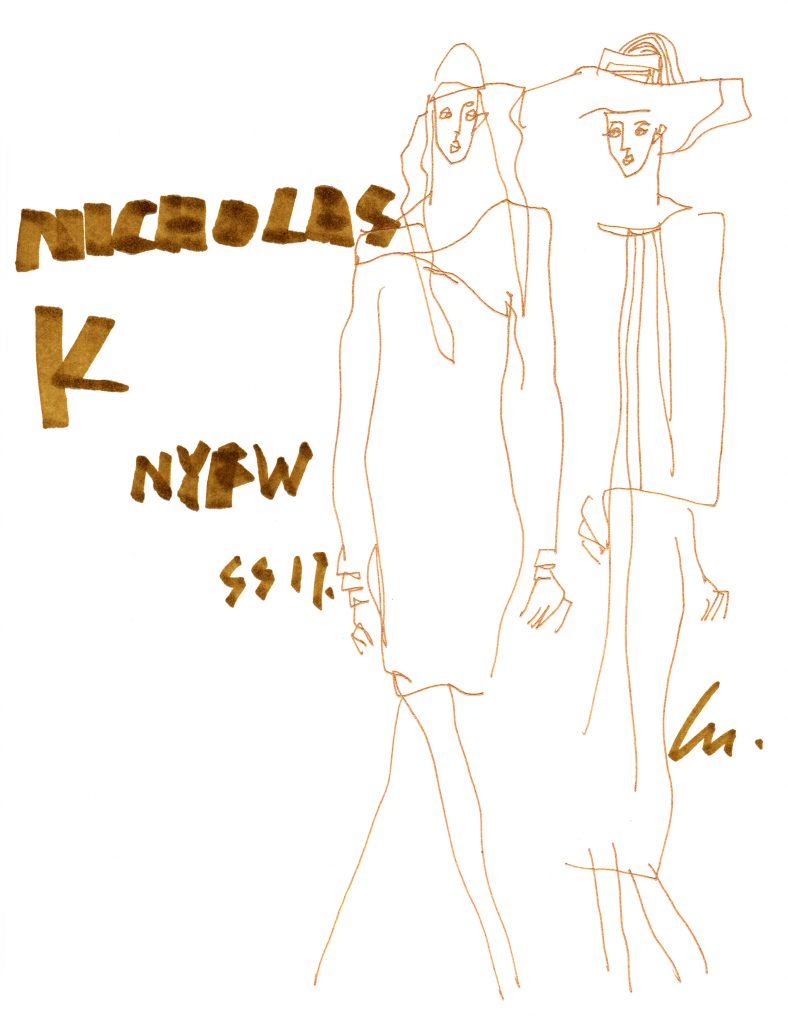 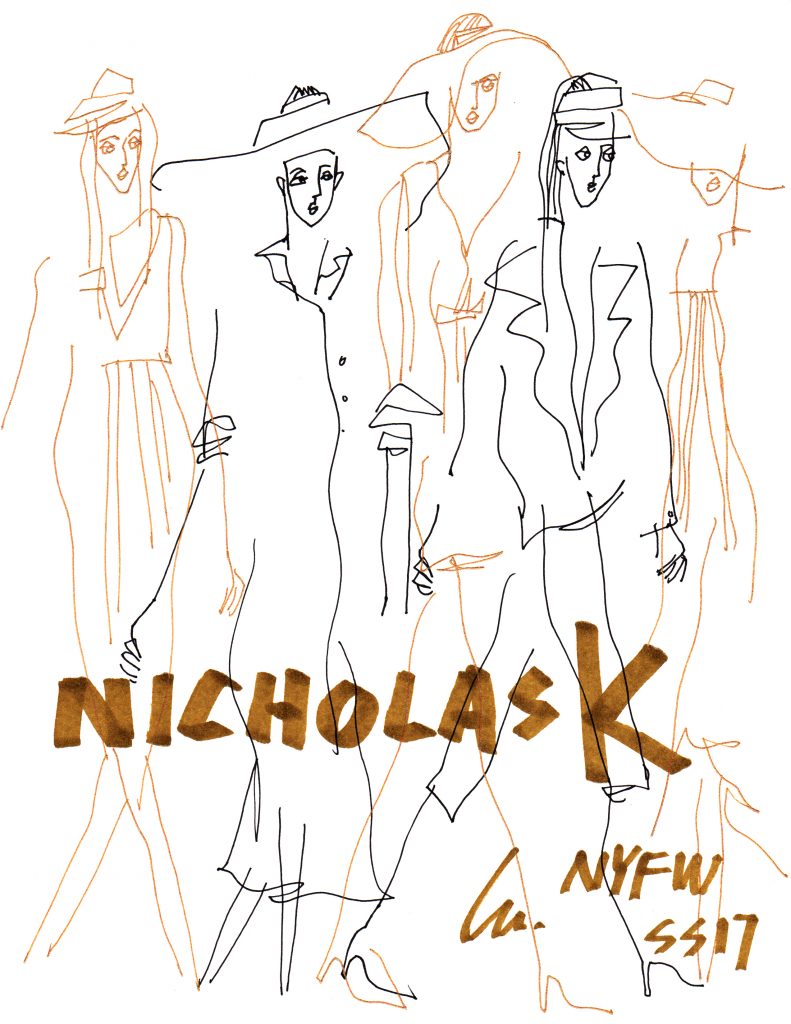 Illustrations are from Yueming Qu, @qululululu . 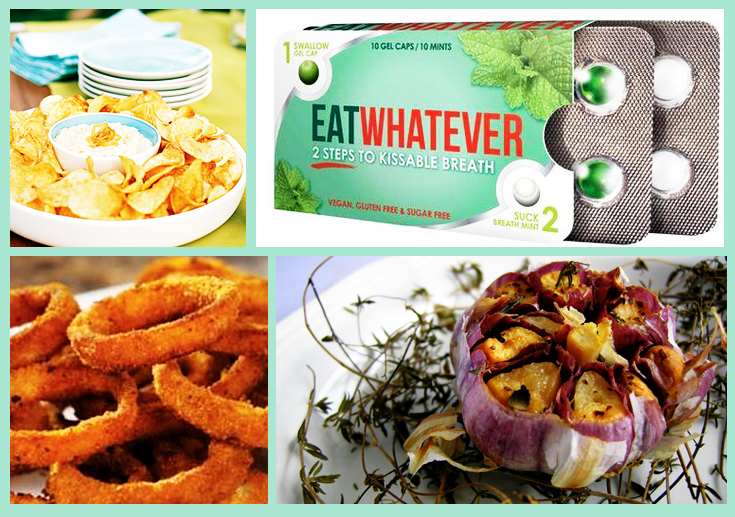 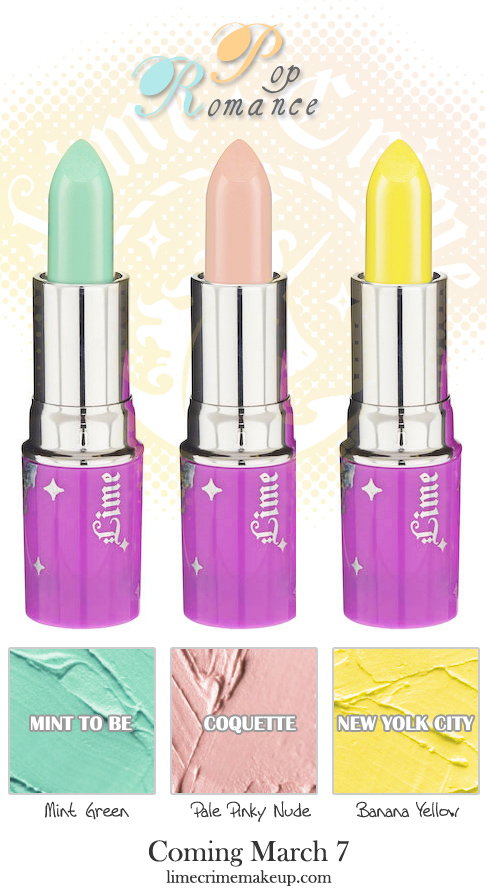 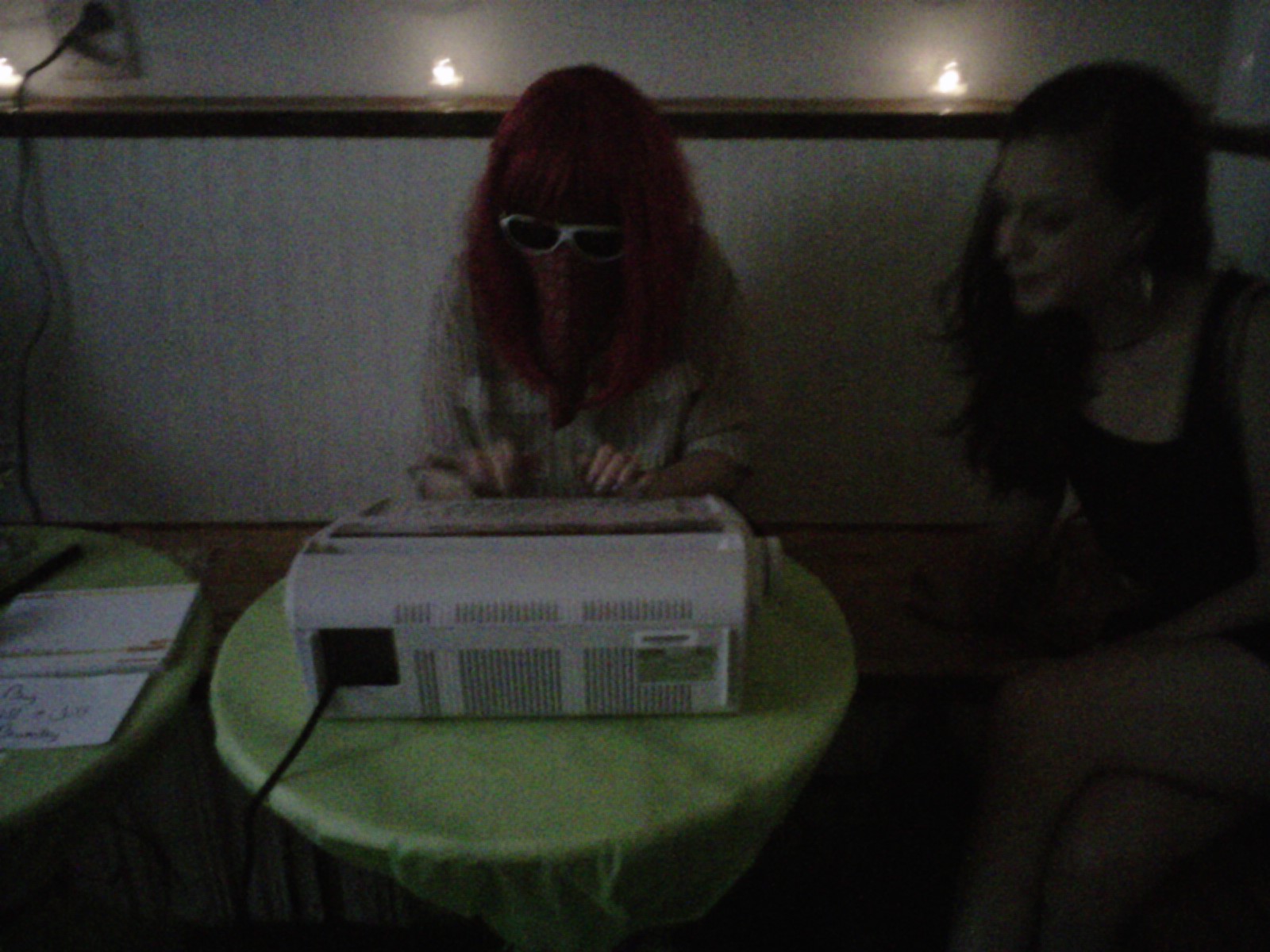