Looking for something to keep the kids occupied? Here is one of Goliath Games most popular games to help keep your their kids moving – even when they’re stuck inside! 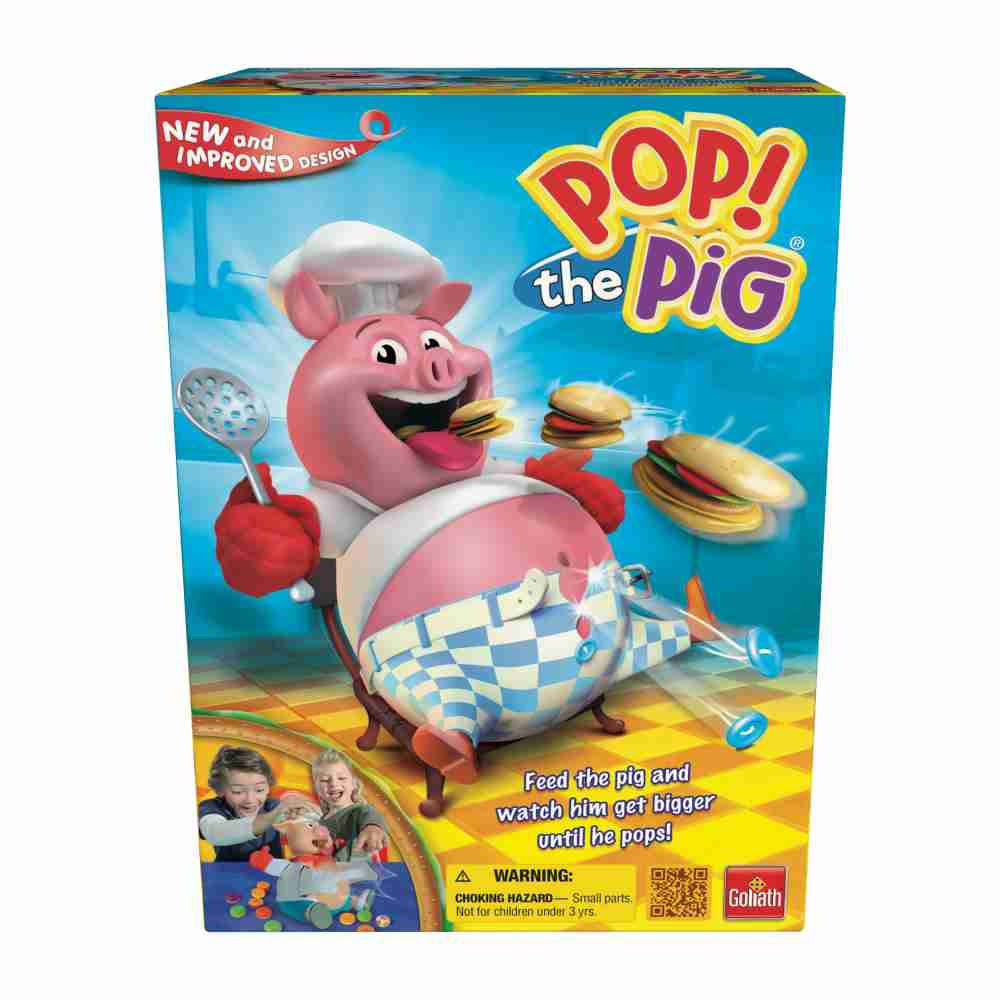 Pop the Pig is an international sensation with over 200 million views on YouTube! 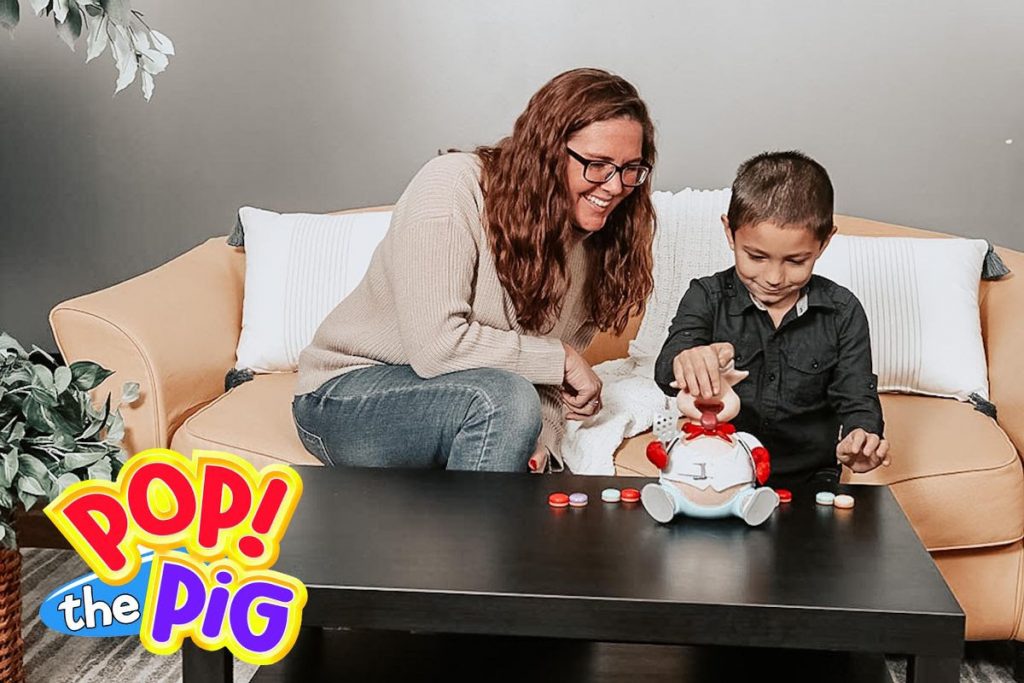 Players take turns rolling the die, feeding the pig, and pushing down on his head. Each pump makes his belly grow bigger, bigger, and BIGGER! Pop the Pig guarantees giggles, all while teaching numbers and colors. Chrissy Teigen’s Family Loves This Game too! 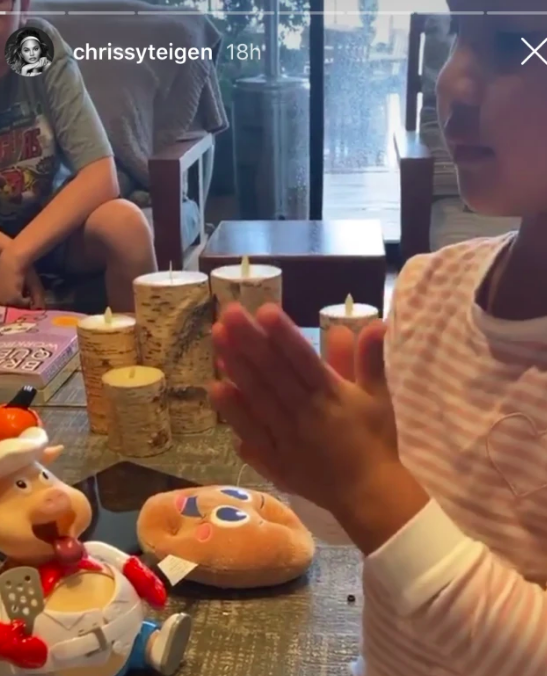 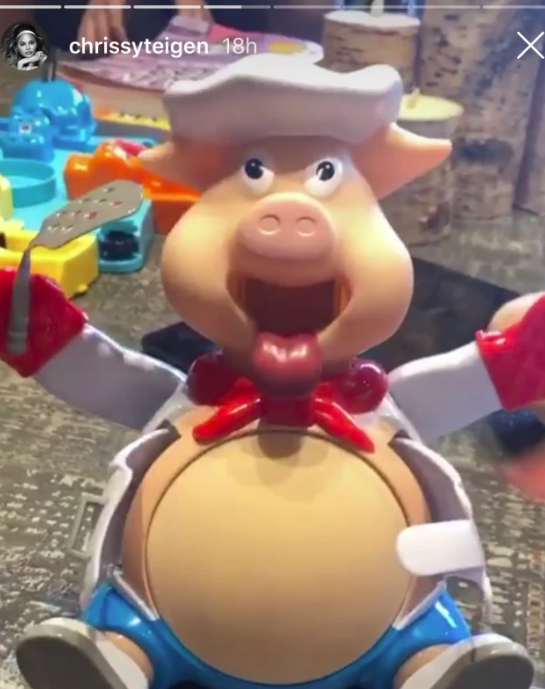 Pop the Pig is an international preschool classic that is adored by millions of children – it was the top-selling preschool game in 2016 and 2017 according to retailer sales data collected by NPD! Kids spin the spinner, pop a hamburger into the pig’s mouth and push down on his head. The more they pump, the more his belly grows until . . . pop! Kids love the suspense as they watch his belly grow; the player who makes his belly burst wins the game. Children can quickly reset the game with one pump of the pig’s head and experience consistent belly-busting gameplay each and every time. Pop the Pig provides hours of fun and is completely kid powered (no batteries needed). For added convenience, all pieces can be stored inside the pig. For 2-6 players, ages 4 and up. From the makers of Doggie Doo, Gooey Louie, Jumping Jack, Shark Bite, Catch the Fox, Lucky Ducks, Mr. Bucket, and Googly Eyes. 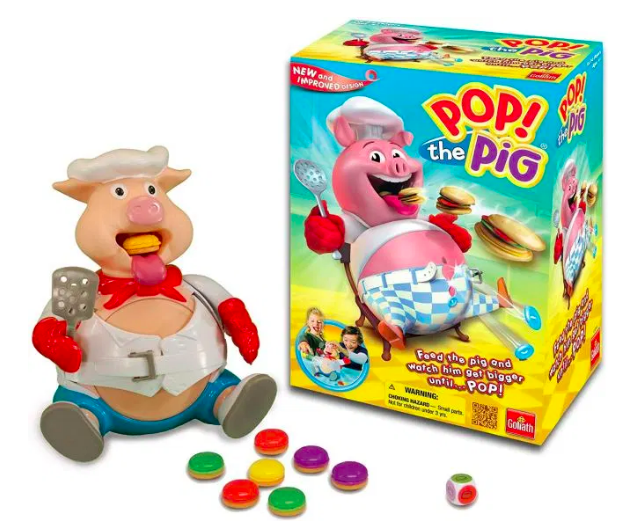 Goliath Games has been dedicated to creating toys and games that inspire young minds and adults alike to reach beyond their imagination. As one of the few remaining family-owned toy companies, Goliath truly understands the importance of quality family time and bringing people together.

Since 1980, Goliath has applied its slogan “Clever Together!” to every aspect of its company culture. Furthermore, Goliath Games is devoted to creating innovative products that reinforce child development, critical thinking, social skills, and curiosity.

Its iconic consumer brands range from Rummikub®, Tri-Ominos®, Wordsearch™, Pop the Pig®, Doggie Doo™, Gooey Looey™, Catch the Fox™, and many more. Goliath is active in many other toy categories, such as puzzles, arts & crafts, outdoor, activity, and novelties. These timeless classics span generations, inspire limitless play, and encourage children to explore the world around them.