What could be worse than a pandemic? Being quarantined with nothing to do! Goliath Games is here for you – check out these games! 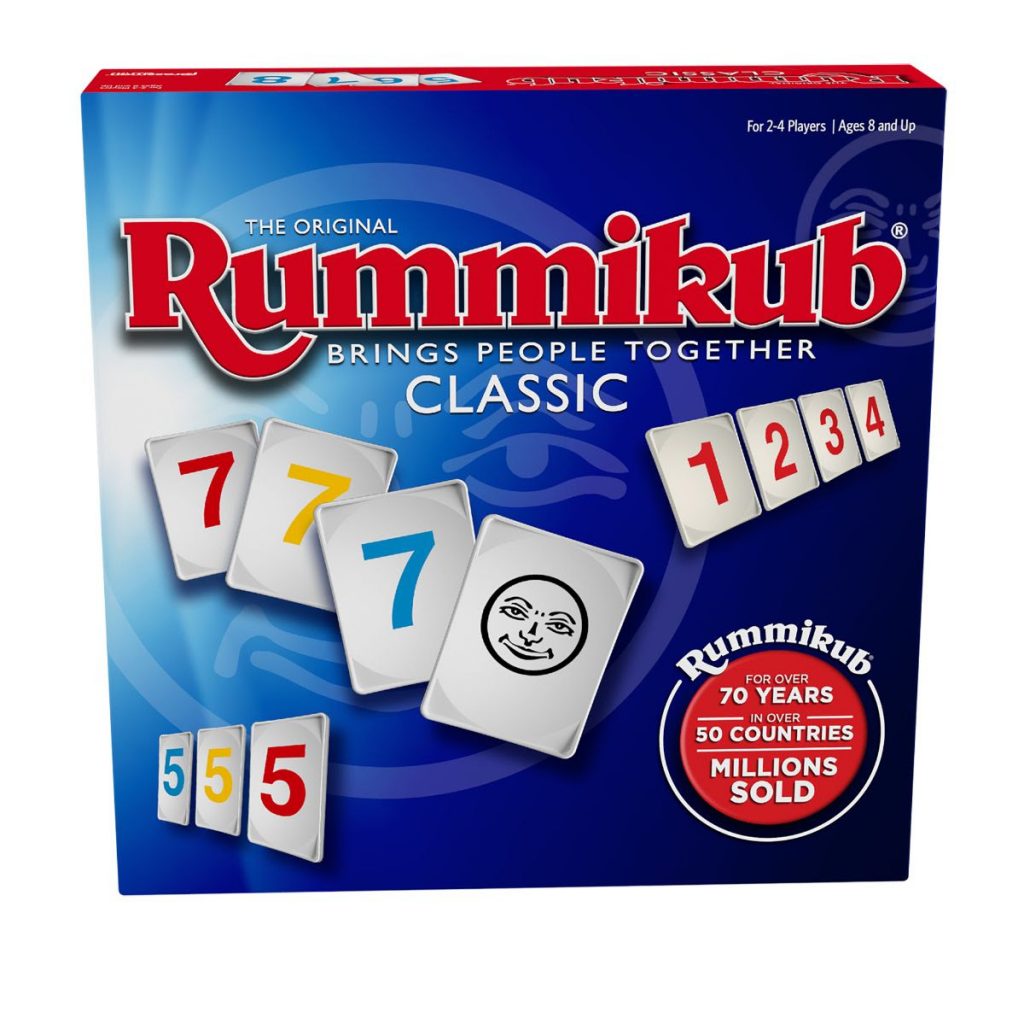 Rummikub
Rummikub is one of the world’s best-selling and most-played games! It’s really no surprise that Rummikub is so popular – it has all the elements that make a great game: it’s easy to learn and fast moving, it’s different every time it’s played, it combines luck and strategy, and it changes quickly so every player has a chance to win until the very end. NOW AVAILABLE on the App Store! 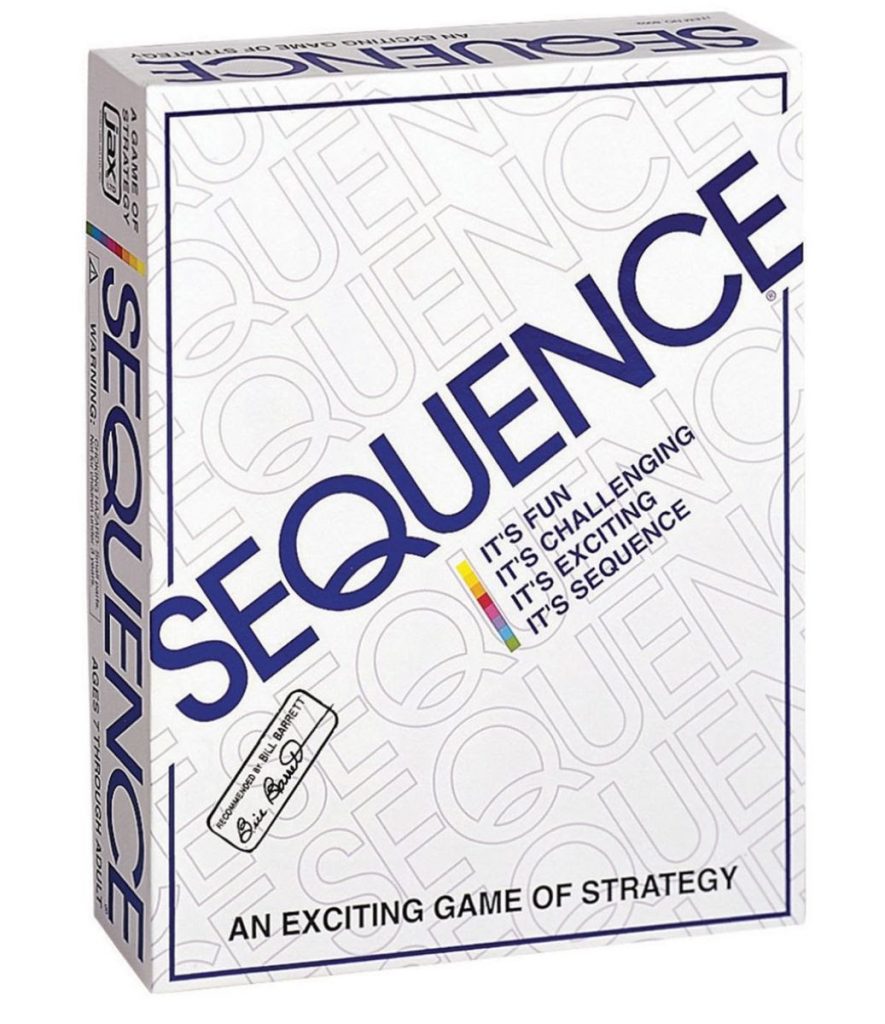 Sequence
It’s fun, it’s challenging, it’s exciting, it’s Sequence! Play a card from your hand, and place a chip on a corresponding space on the game board. When you have five in a row, it’s a Sequence. Learn to block your opponents or remove their chips, and watch out for the Jacks – they’re wild! With a little strategy and luck, you’ll be a winner.

SIDE EFFECTS
You’re participating in a clinical trial study for a new drug. All you have to do is take a pill and answer some questions, but you’re experiencing some SIDE EFFECTS! 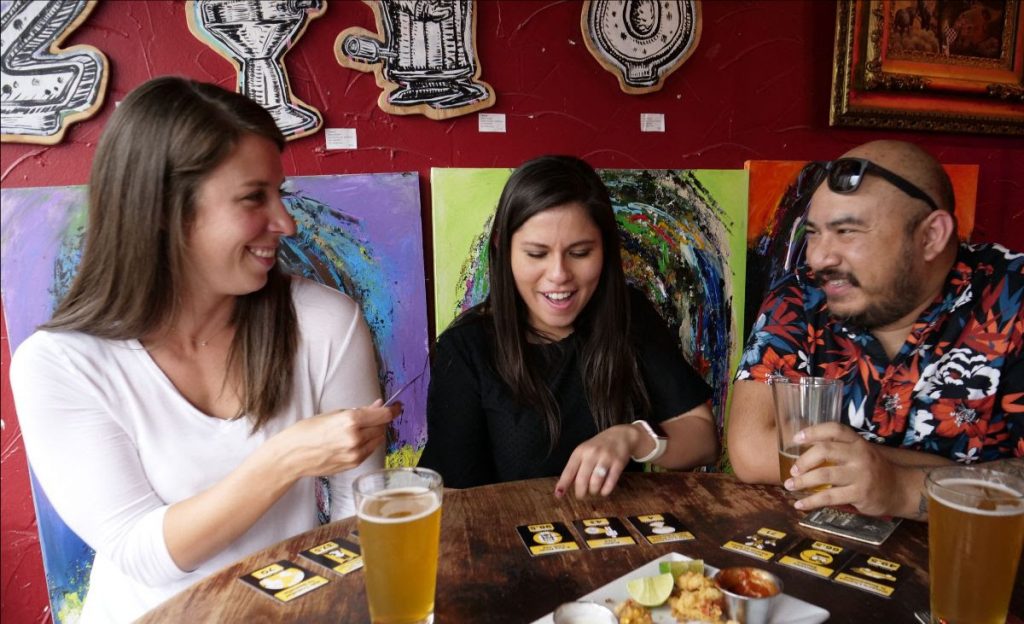 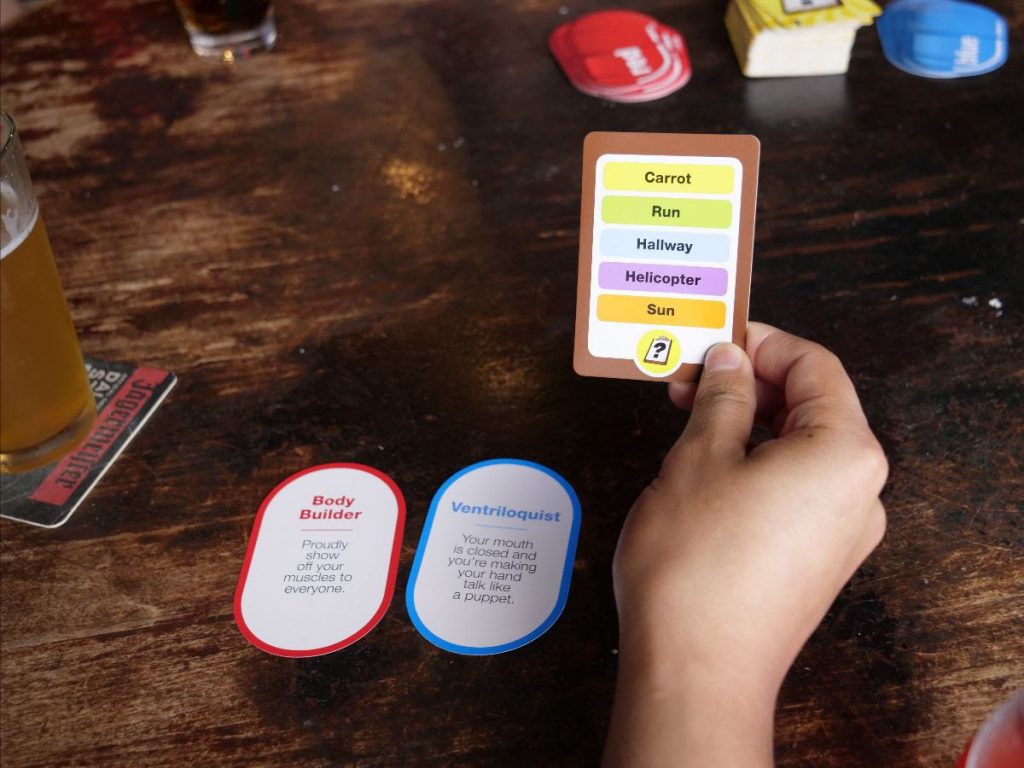 Play in teams. One player is the Patient, acting out side effects while getting their partner to guess a word or phrase on a Trial card. Guess as many words as possible before the timer runs out! Whichever team has collected the most Trial cards at the end of the game is the winner! 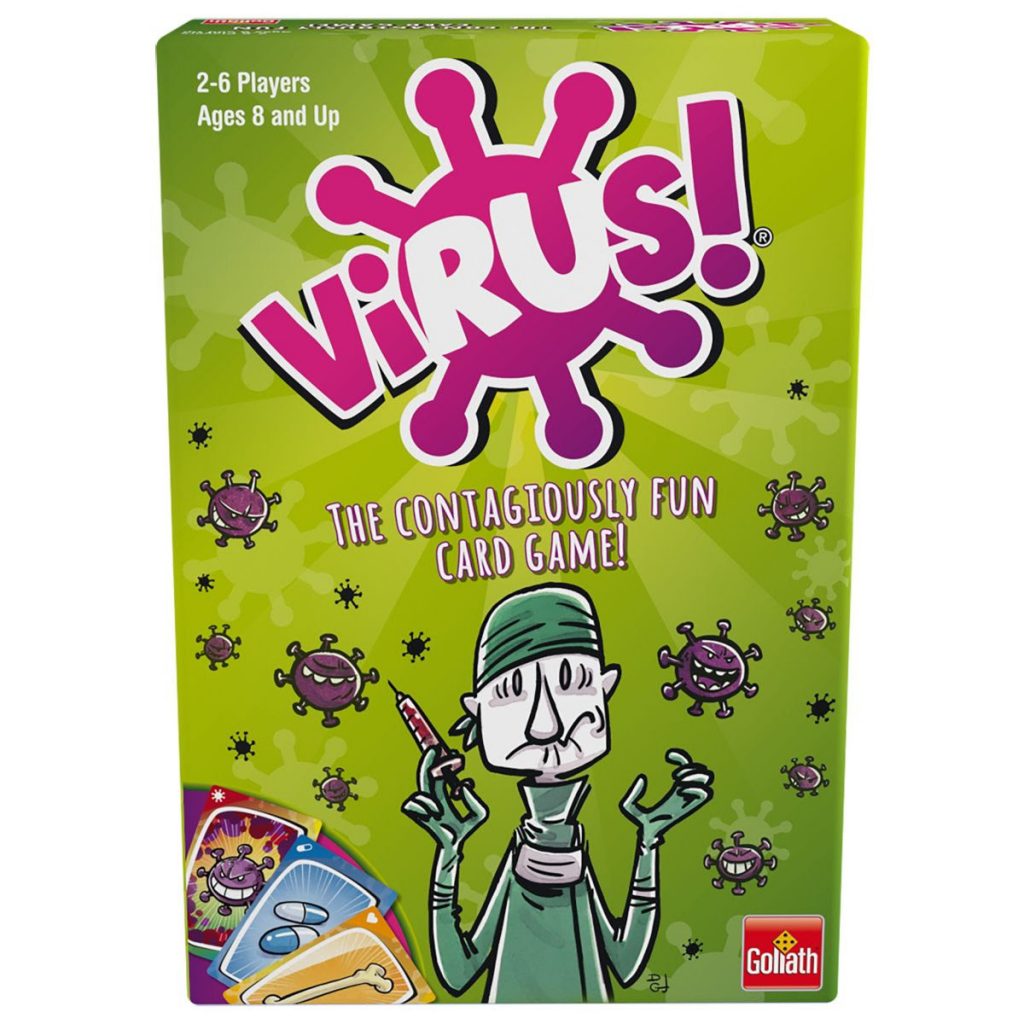 Virus
Times are weird right now, so why not have a little fun with Virus? Virus is a fast-moving card game with easy to learn gameplay. Alarms go off and the lab interns realize – a bit too late – that the virus storage containers were not empty as they had thought. In fact, they were full of experimental virus strains that are now rampant throughout the building, and only you can stop them!

Can you be the first one to eradicate the viruses by isolating a healthy bodyand prevent the spreading of terrible diseases? 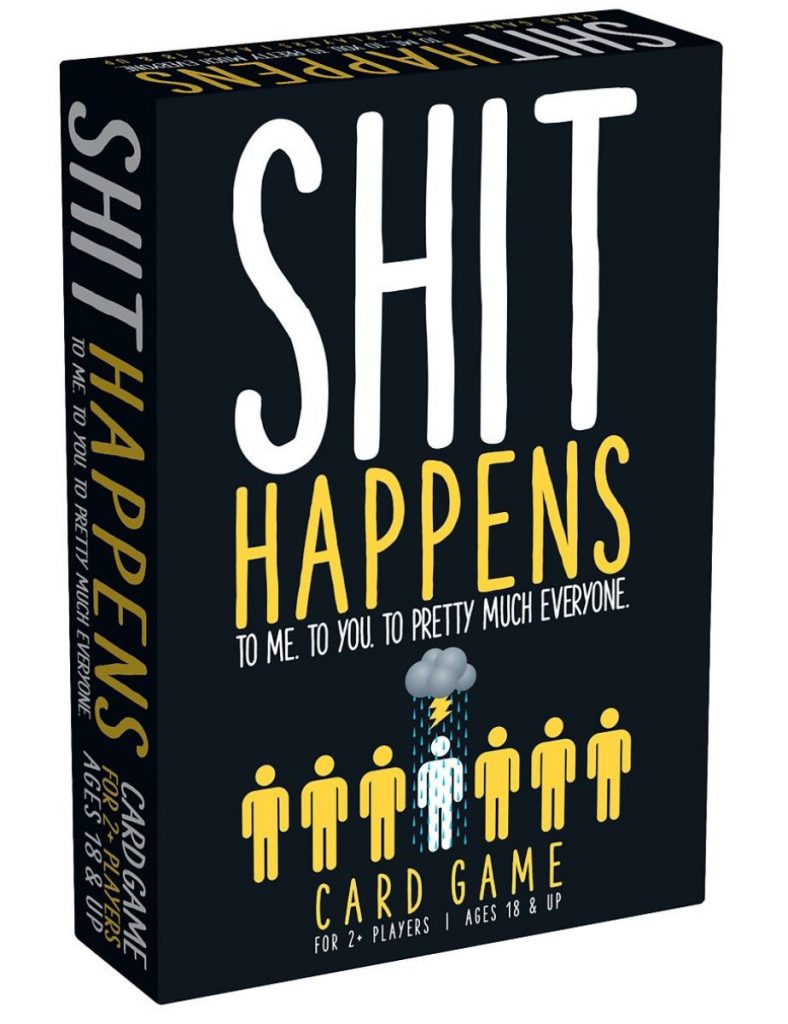 Shit Happens
You’re going to read some really messed up stuff on these cards, and then rank them according to their shittiness. 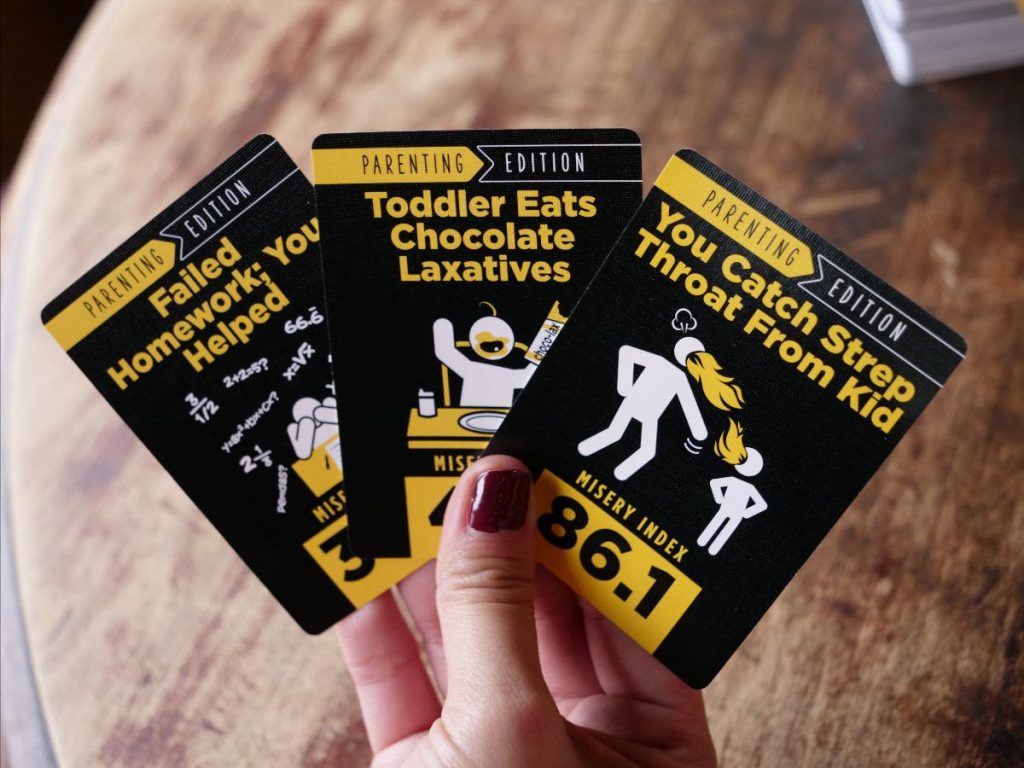 Is a 3rd degree sunburn better or worse than seeing your father naked? Is it worse than dropping your phone in the toilet? Rank the card, and if our Misery Index agrees with you, you get to keep it. Correctly rank 10 cards to win!
Let these classic games add new fun to family time!

Goliath Games has been dedicated to creating toys and games that inspire young minds and adults alike to reach beyond their imagination. As one of the few remaining family-owned toy companies, Goliath truly understands the importance of quality family time and bringing people together.

Since 1980, Goliath has applied its slogan “Clever Together!” to every aspect of its company culture. Furthermore, Goliath Games is devoted to creating innovative products that reinforce child development, critical thinking, social skills, and curiosity.

Its iconic consumer brands range from Rummikub®, Tri-Ominos®, Wordsearch™, Pop the Pig®, Doggie Doo™, Gooey Looey™, Catch the Fox™, and many more. Goliath is active in many other toy categories, such as puzzles, arts & crafts, outdoor, activity, and novelties. These timeless classics span generations, inspire limitless play, and encourage children to explore the world around them.