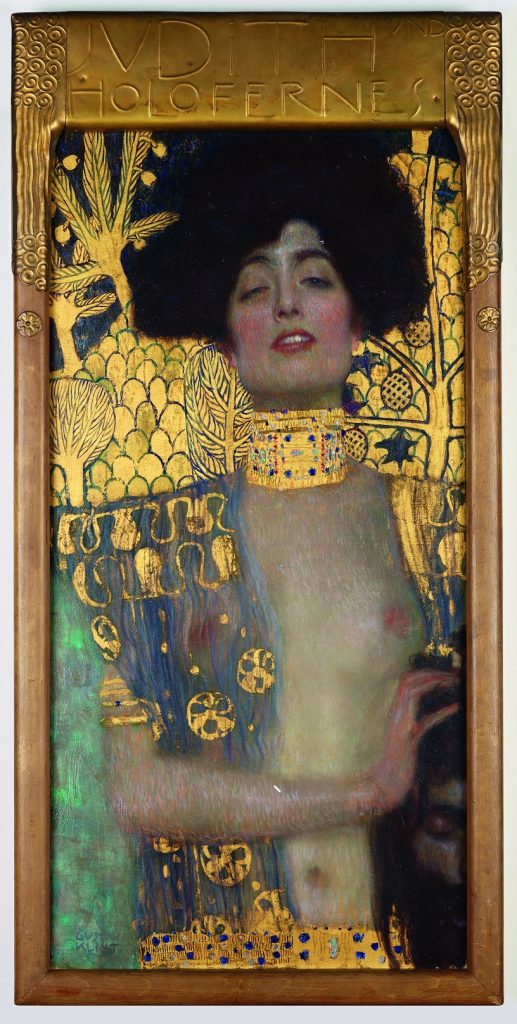 Gustav Klimt is known throughout the world for his paintings featuring gold and decorative ornaments, his universal symbolism and his pictures of strong women. But where did he find inspiration? The exhibition Golden Boy Gustav Klimt. Inspired by Van Gogh, Rodin, Matisse… offers visitors a remarkable opportunity to view Klimt’s art alongside work by the numerous artists who inspired him.

Klimt’s oeuvre is rarely offered on loan, but this autumn, masterpieces from all over the world will be traveling to Amsterdam. This is the largest retrospective of Klimt’s work ever to be organized in the Netherlands. Works including Emilie Flöge (1902) and Water Serpents II (1904) will be on public display for the first time in the exhibition, which is a collaboration with the Belvedere in Vienna.

‘Golden boy’ Gustav Klimt (1826-1918) was one of the foremost artists in imperial fin-de-siècle Vienna, and his name  still resonates today. Klimt was both celebrated and controversial, and remains one of the most fascinating artists of modern art history.

Based on new research, Golden Boy Gustav Klimt presents internationally famous works by Klimt alongside the work of other renowned artists including Vincent van Gogh, Whistler, Sargent, Toorop, Monet, Rodin, Toulouse-Lautrec and Matisse. The exhibition shows how Klimt drew inspiration from this art, before making equally captivating art in a style completely his own.

Turbulent times
Golden Boy Gustav Klimt transports visitors to the turbulent times in which Klimt lived and charts his impressive career. The stories behind the paintings and the people figuring in them also play a role: who were they, why did Klimt paint them and what was the relationship between the painter and his model?

The focus of the exhibition is on Klimt’s enormous stylistic development: from a classical portrait of pianist Pembaur from his early years (1890) to Adele Bloch-Bauer II (1912) and Eugenia Primavesi (1913), two explosions of colour inspired by Van Gogh and Matisse.

Iconic Klimt paintings
The exhibition features iconic works including Judith (1901), wich brings the Biblical Judith into Klimt’s time, sensual and bathing in gold. The daring The Bride – which was left unfinished on the easel when Klimt died in 1918 – is also on display, as is the famous portrait of Klimt’s beloved muse Emilie Flöge. A spectacular inclusion is the painting Water Serpents II, on public display for the first time since the 1960s.

Golden Boy Gustav Klimt. Inspired by Van Gogh, Rodin, Matisse… is on display at the Van Gogh Museum from 7 October 2022 till 8 January 2023.