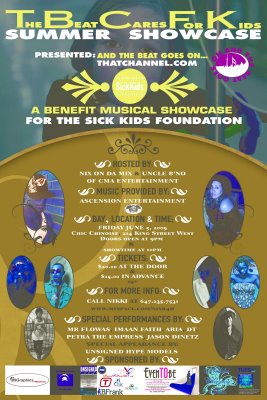 AND THE BEAT GOES ON, produced and hosted by Nikki Clarke ( Nix on da Mix), is an e-television podcast broadcasted from http://www.thatchannel.com/ , Saturday nights at 8pm. Since the show’s inaugural launch on October 18, 2008, AND THE BEAT GOES ON has been positively received from the musical community. Nikki Clarke, a singer, actor, writer and publicist to a number of artists, lends her media training and expertise in the entertainment industry to her candid interviews with predominantly artists from the GTA. Guests are encouraged to showcase their talent by performing live and disclosing their experiences in the Canadian music industry. AND THE BEAT GOES ON, Real Talk. Real TV.

The goals for THE BEAT CARES FOR KIDS Fundraiser, are two- fold. One, to give exposure to talented Canadian musical artists, the other, to give back to a worthy and honorable organization such as the Sick Kids Foundation. The Sick Kids Hospital has touched the lives of many people who have been directly or indirectly affected by a child’s illness or injury. Through the compassion and generosity of donors, The Sick Kids Hospital continues to thrive and create an exemplary impact upon the world.

To get tickets and info, contact organizer, Nikki Clarke, at 6472357531 , or email nikkiclarkeinc@gmail.com 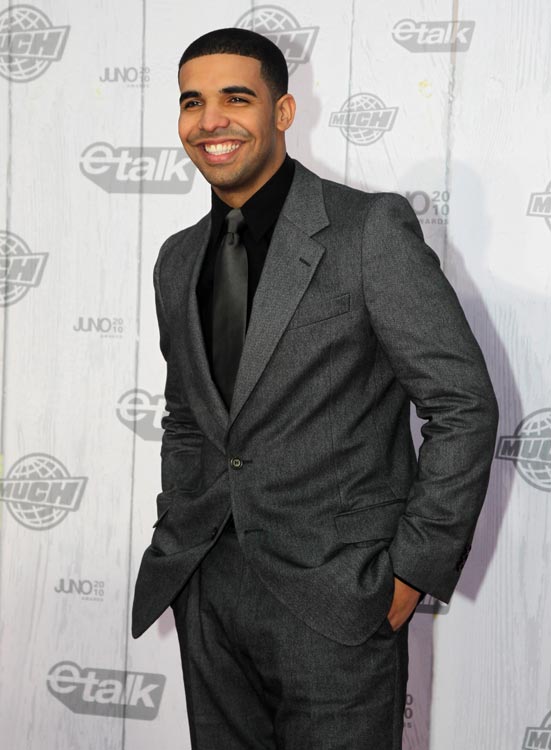 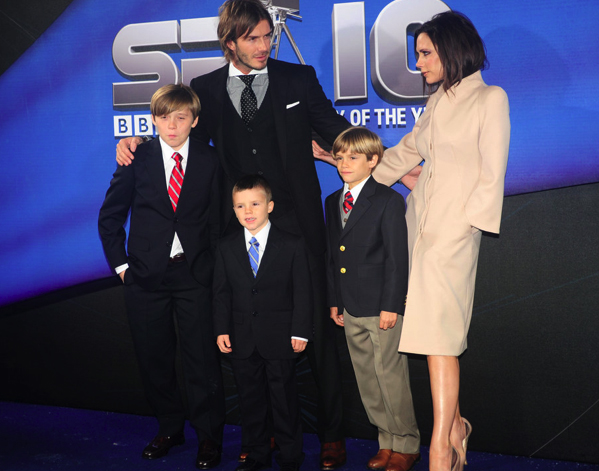 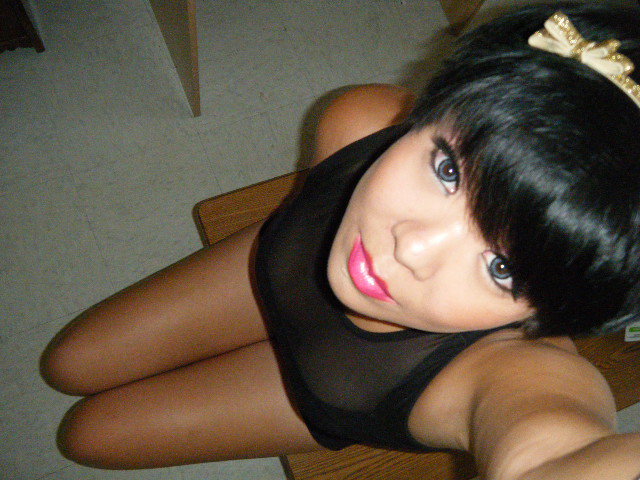