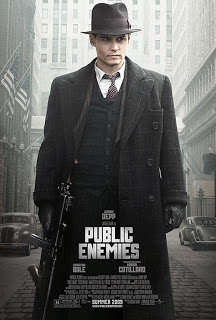 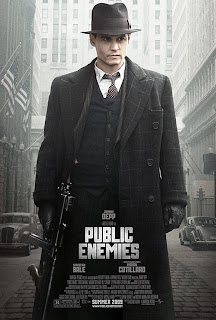 This movie has such an all star cast that it is hard to believe.

I guess when other actors heard the immortal Johnny Depp and the caped crusading Christain Bale were the two leads, they rushed to be a part of this.

I spent most of my time watching this amazed at all the familiar faces rather than being intrigued by the story of John Dillinger.

The cast includes appearances by…pay attention to what movie/show I site them in, because those are their best.

I could go on…

The music was great, featuring more than one cut from Jazz Blues Songstress Billie Holiday. In the scenes when such classics are playing, you are treated to the most sincere moments of truth about the american outlaw, the law dog, and their mutual crises of conscience regarding the cost of the war the waged; namely human lives.

That may be the only good thing I have to say about this film.

Oh no wait, Dillinger’s love interest in the film, Marion Cotillard, who I remember from her role in A Good Year, was still very french and very hot. Je t’adore.

Other than that, the movie is painfully slow, far too long with a running time of 1 million hours, predictable, and then there’s the way it was shot.

In the trailers, this unique camera picture looked refreshingly real on the big screen. When it came to watching the movie it was still cool, save for in the action scenes when it felt like I was watching Cloverfield again or playing a first person shooter video game like Call of Duty or Halo.

It was a huge let down story wise, not that I was looking for anything terribly unique in the gangster genre. And I know this was based on real life events and people, but throw me a frickin bone will ya? Pause.

I guess the only treats are the music, the wardrobe (a simpler time when men always wore suits and fedoras and women always had on their sunday best dresses), and of course l’amour de ma vie, Marion Cotillard. 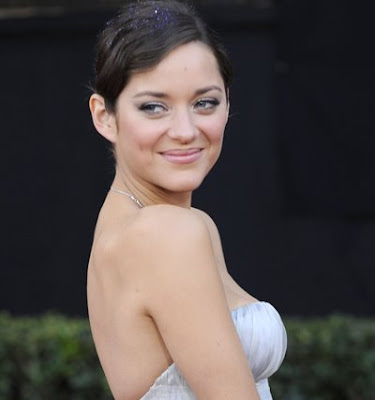 2/5 Bo-Ty’s because it have been so much better with just a few more weeks of editing.