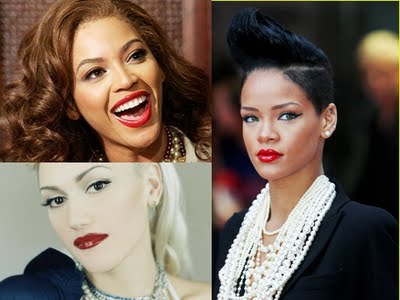 Often referred to as the exclamation mark at the end of a sentence! A woman in red doesn’t question whether she’s got it. She knows the answer. *wink wink* 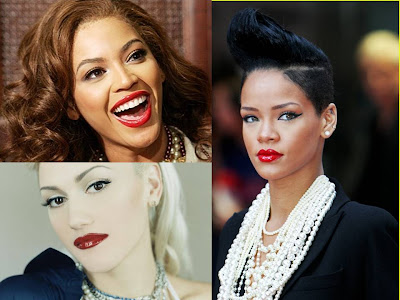 Beyonce, Gwen & Rhi rhi got it right!
I can’t stress enough just how much I LOVE red lipstick! Red pouty lips are considered to be the sign of the seductress. Sure I love pink shades, and sometimes I’ll do nude shades *hardly*, but red? I do red like everyday, in fact if I don’t have on red lipstick or some kind of red lip stain then it’s by accident. lol 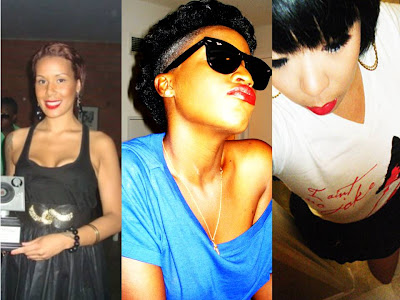 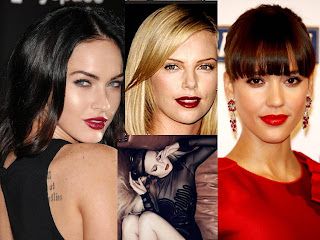 No matter your race, or complexion, there’s a red out there for you! 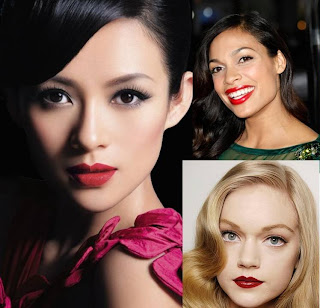 They always say pick a color that goes with your skin, sure this works but playing it safe is sooo boring! Especially when it comes to red lipstick… c’mon now what’s safe about red lipstick? You gotta experiment; If you like a shade of red that “doesn’t match” your skin tone, try it out anyway… there are ways to make it work!
I was told to stick to browns, nudes, or dark shades of red when deciding on lip color because of my full lips and dark complexion… whatever *sloooooowwwww eyeroll* I’ve worn brick reds, true reds, and even “blue” reds, and so far we look damn good together!
Some people think women who wear red lipstick have questionable morals (whateverrrrr); In 1770, the British Parliament enacted a law condemning lipstick, and “women found guilty of seducing men into matrimony by cosmetic means” were tried for witchcraft. *wtf??!!!* Queen Victoria even declared makeup, including red lipstick to be impolite…*blank stare* Despite what people thought, women still loved red lipstick, and at the beginning of the 20th century, more women started wearing it as a symbol of empowerment and beauty.
By World War II, red lipstick had become an icon of femininity; It became a necessity for women who still wanted to feel beautiful even though they worked in factories. This definitely still applies today; red lips + chef jacket= hottest chef you’ve ever seen! lol
Over time, as fashion has changed, red lipstick is still a classic. From housewives who wore it to libidinous rock n roller’s celebrated it. Red lipstick became a secret weapon, the “go-to” cosmetic item for women who wanted/needed to feel as a woman should. Beautiful, confident, powerful. And it’s here to stay… at least with me!
See you tomorrow at HeyDoYou Housecalls!!!
*big red kisses!*
Bella
FYI: In human color psychology, the color red is associated with heat, energy, blood, and emotions that “stir the blood”, including anger, passion, love and pain.
FYI #2: Suffragettes were women who campaigned for the rights of women to vote.