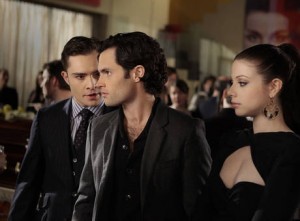 Ok, I understand why Chuck (Ed Westwick) is going “World War Waldorf” on the whole world. I mean, how did lonely boy Dan (Penn Badgley) score Blair (Leighton Meester) through the whole Chuck/Louis battle? I’m still rooting for them, but their chemistry on the screen really turns me off. It’s nothing compared to Dan and Serena (Blake Lively) back in high school. As if this can’t get any more unbelievable, Blair’s marriage annulment looks almost too good to be true until she find out Georgina and her guide worked together with Gossip Girl to reveal her affair with Dan, causing her to fork up some serious cash on a dowry. “OMG, I was just bitch-slapped by Bridget Jones.” 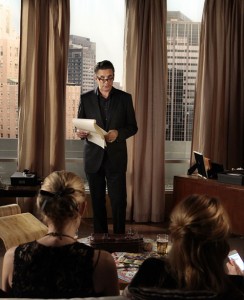 As if things aren’t bad enough, Billy Baldwin returns as Serena’s dad at CeCe’s Irish-themed funeral for grandma CeCe and declares Ivy Dickens (Kaylee DeFer) gets all the money from her will. Ivy’s proving to be more the Upper East Sider than the leading ladies themselves. She says, “Your mother knew all of my secrets and she knew all of yours too. Maybe that’s why she left me everything.” On top of it all, Lola takes Ivy’s side and again she wins with the whole innocent-girl-who-doesn’t-know-any-better act. But wait, it gets better. Georgina Sparks (Michelle Trachtenberg) almost gives up on Gossip Girl until she finds out that Dr. William Van Der Woodsen might not just be Serena’s daddy, but the father of Charlie Rhodes as well. 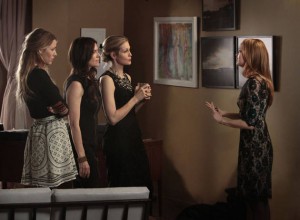 Ivy Dickens kicks out the very family that originally took her in with open arms. I get why everyone’s angry at each other, but this is no way to end the episode. Could the Van Der Woodsens and Waldorfs be knocked off their expensive thrones? Gossip Girl seems to think so, she’s even ditching her site. But don’t worry, she’ll be back. We gotta find out what happens with the Chuck-Blair-Dan triangle. Could Dan finally get lucky tonight? I can’t wait to hear the deets about lonely boy in the sheets. 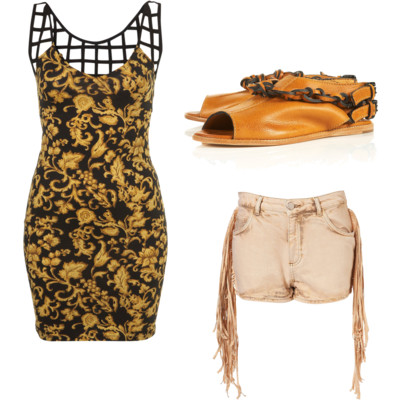 TopShop: Til I drop 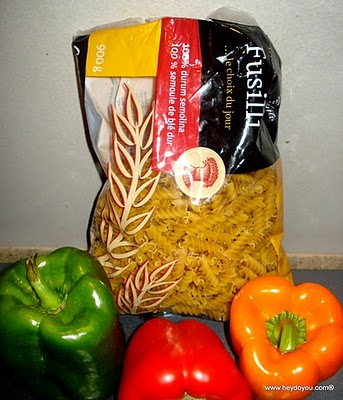