You Were Made for Me by Jenna Guillaume and Rosie Loves Jack by Mel Darbon. 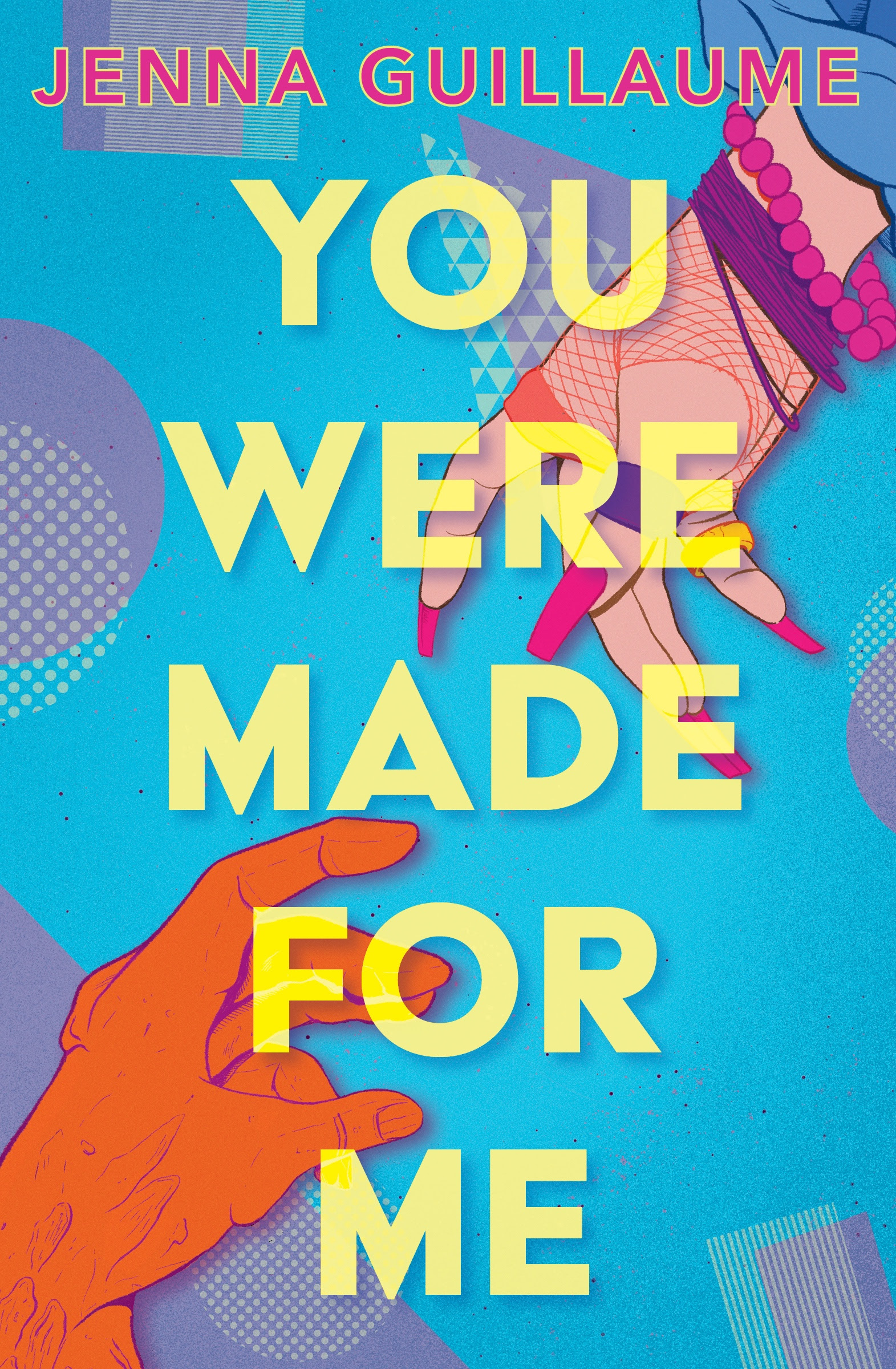 16-year-old Katie Camilleri wants the perfect first kiss from the perfect guy. So when she and her best friend Libby accidentally create “Guy”—a boy six-feet tall with floppy hair and eyes like the sky on a clear summer’s day, whose lips taste like cookie dough and skin smells like springtime, and who is completely devoted to Katie—things start looking up. But it turns out that the consequences of bringing a human being into existence are rather complicated. Will this spontaneous creation solve all of Katie’s romantic problems or lead to more unintended effects? Does Guy, the golden Adonis she created, like her because he wants to or because he has to? And will Katie actually get her first kiss?

Guillaume’s second YA novel is equally lighthearted and thought-provoking, written with a humorous narrative style recounting Katie’s and Libby’s hijinks, and filled with plenty of laugh-out-loud moments. An entertaining and binge-worthy read perfect for fans of Jenny Han, it also features a cast of diverse, relatable characters and explores more serious topics like sexuality, body image, bullying, perfectionism, friendship, and dating. Guillaume’s refreshing twist on a classic narrative also provides plenty of pop culture callbacks to satisfy any 80s and 90s rom-com devotee.

JENNA GUILLAUME was the editor-at-large for BuzzFeed Australia, where she wrote about pop culture, identity, feminism, social media, and, most importantly, Chris Hemsworth’s biceps. Previously, she worked in the features department of Girlfriend magazine in Australia, writing about everything from bullying and body image to bad kisses and boy bands. She also contributed to Girlfriend Life Hacks, an essential guide to navigating a girl’s completely-awkward-but-totally-awesome teen years. Guillaume lives in Australia. Visit her website at jennaguillaume.com.

“The author stays out of Rosie’s way, successfully depicting her protagonist as a person, not a puppet or a platform. The other characters populating the book are realistic, with a striking range of personality traits. The plot is so engrossing that the book is almost impossible to put down. Yes, Rosie loves Jack, and readers are going to love Rosie.” —Booklist, STARRED REVIEW 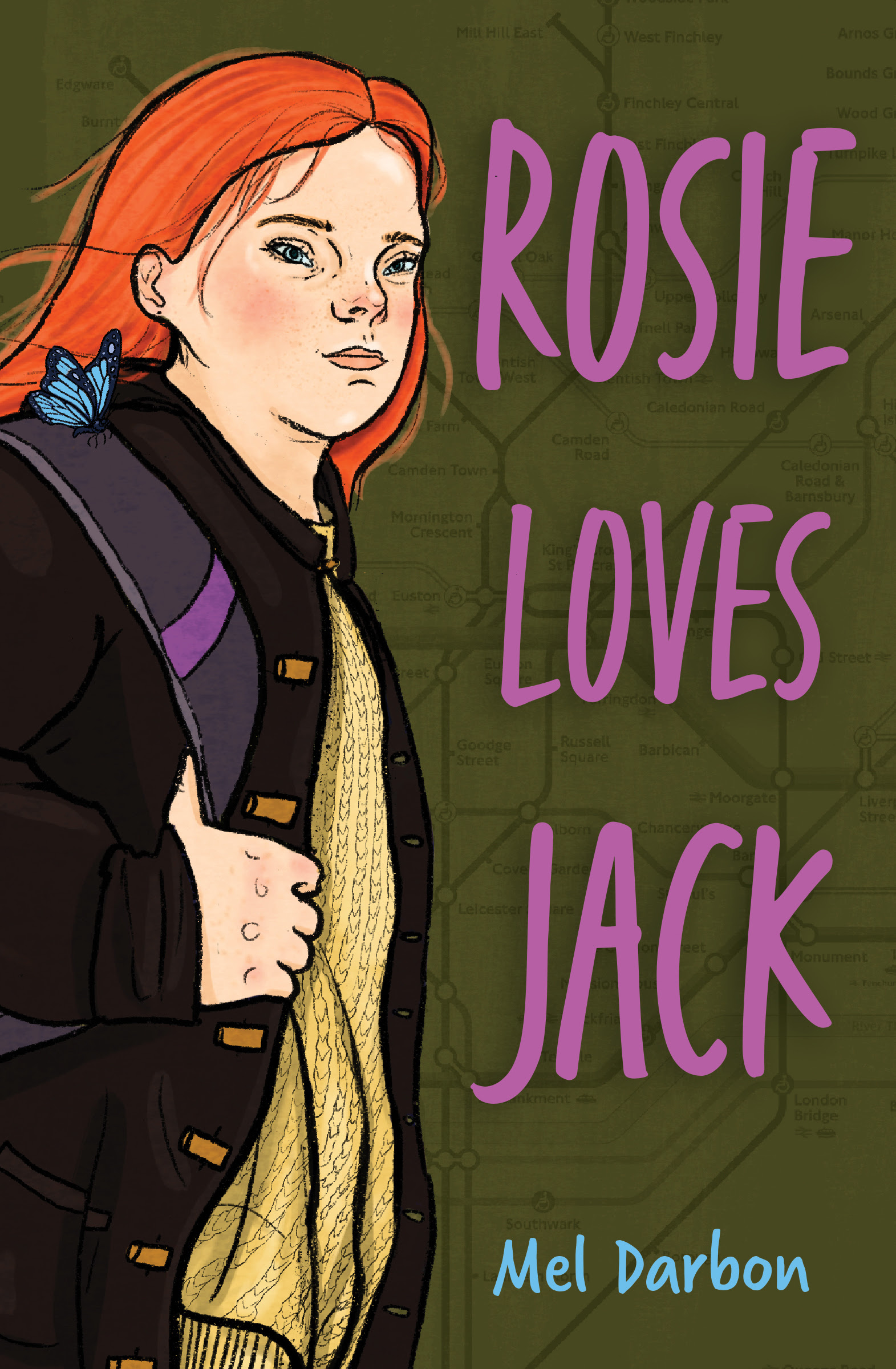 Rosie loves Jack. Jack loves Rosie. So when they are separated, Rosie will do anything to find the boy who makes the sun shine in her head. Even run away from home. Even struggle across London and brave the Tube stations to travel to Brighton alone during a snowstorm. Even though people might think a girl like Rosie could never survive on her own. Rosie must deal with new situations and experiences and some frightening unfamiliar places and people, but she’s determined to prove to everyone, especially her parents, that she’s just as capable as anyone at following her heart.

Written from Rosie’s perspective, this riveting novel gives readers an underrepresented but much-needed and thoughtful point of view. Author Mel Darbon’s voice-driven plot will immediately pull readers into Rosie’s world and have them excited, worried, proud, and cheering alongside her for every step of the journey, which is filled with lighthearted as well as darker moments. Featuring a diverse cast of characters and highlighting the range of abilities within the special needs community, this compassionate story drives home the message that we are all humans with feelings and the need to be valued and loved. Rosie Loves Jack was reviewed by a sensitivity reader from the Down syndrome community for accurate representation.

MEL DARBON began telling stories to her autistic younger brother when they were children and has worked as a theater designer, freelance artist, teacher for adults with learning disabilities, and workshop teacher for teenage moms and young offenders. Mel is now focused on writing her second novel and developing creative writing workshops that encourage students with mixed abilities to work together for acceptance and inclusion. A graduate of Bath Spa’s MA in Writing for Young People, she lives in England. Follow her on Twitter @DarbonMel.