Author Megan Bomgaars, who has Down syndrome, is an activist, TV personality, and entrepreneur. This Fall, she adds “published children’s book author” to her list of accomplishments with her debut title arriving in stores nationwide. 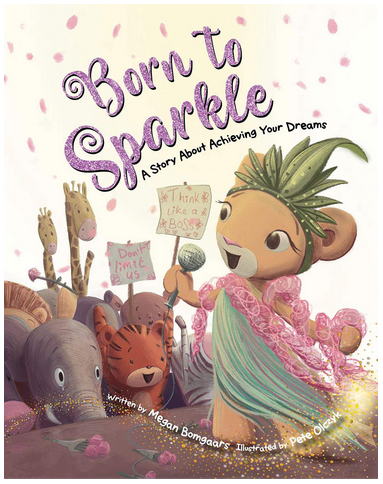 Inspired by Megan’s moving “Don’t Limit Me” speech, Born to Sparkle encourages young readers to dream big and work hard to make those big dreams come true. Whether you dream is to become an astronaut, firefighter, dancer, teacher, chef or anything you can imagine, you can achieve it because, just like Megan, you were born to sparkle! 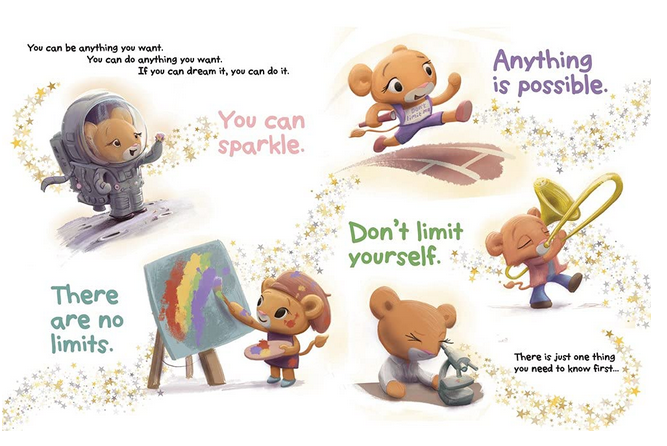 Never condescending or preachy, Megan’s pitch perfect story reassures, that there are no limits and anything is possible if one follows their dreams and works hard. It’s about doing your very best to make dreams happen. Be brave. Study. Learn. Practice. Ask questions. Educators and parents will revel in this uplifting, inspiring picture book with a cast of stuffed animals leading by example at each turn of the page.

About the author: Megan Bomgaars

Megan Bomgaars is an amazing woman who works hard to achieve her dreams every day. She starred on A&Es Emmy Award-winning and Critic’s Choice Real TV Award-winning reality television show Born this Way. Megan currently attends college and has already started her own business, starred on a TV show, and travelled the world as a public speaker. She was even invited to the White house by Michelle Obama to attend the “Beating the Odds Summit.”  This is Megan’s first children’s book.

About the illustrator: Peter John Olczyk

Peter John Olcyzk was born in Manchester. He studied art foundation at Manchester Metropolitan University and then illustration at Stockport College. He uses his own experiences and memories to put himself in the mind and shoes of a child when he illustrates, as well as being greatly influenced by stories, music and nature. He currently lives in the Highlands of Scotland with his wife and two young children.