Vegetarian Seitan Gryo and Sausage sounds yummy!  I finally had the chance to try these meat alternatives products and I was really surprised!  The biggest difference from meat is the actual texture but the taste and how easy it was to prepare made me really happy! 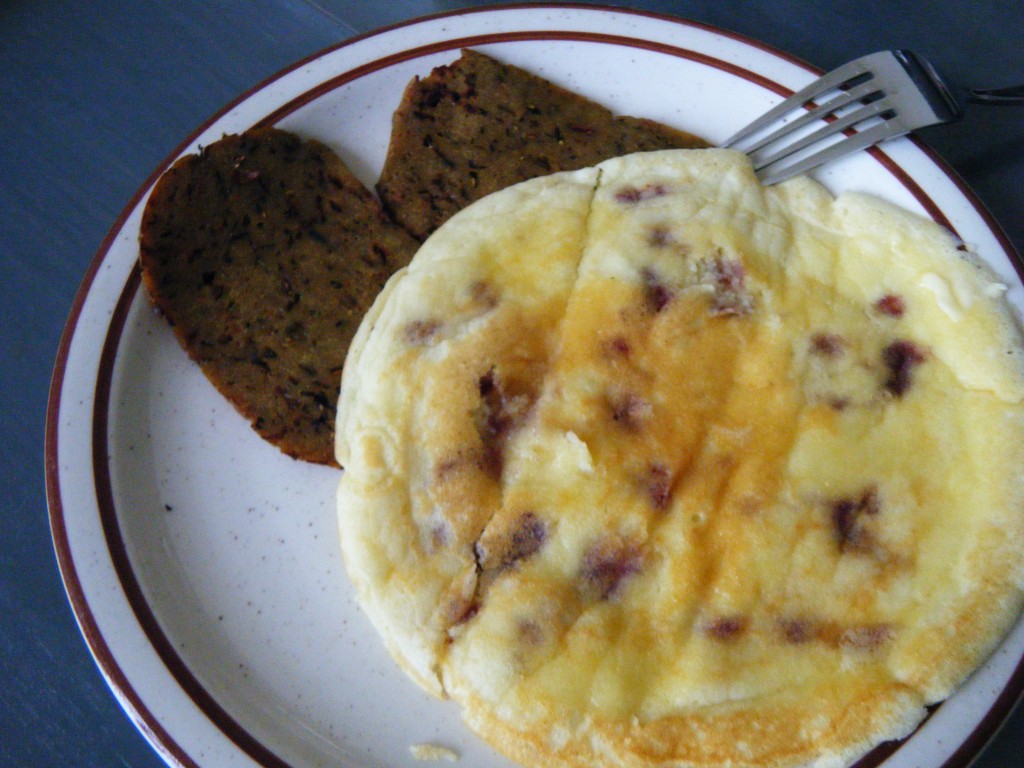 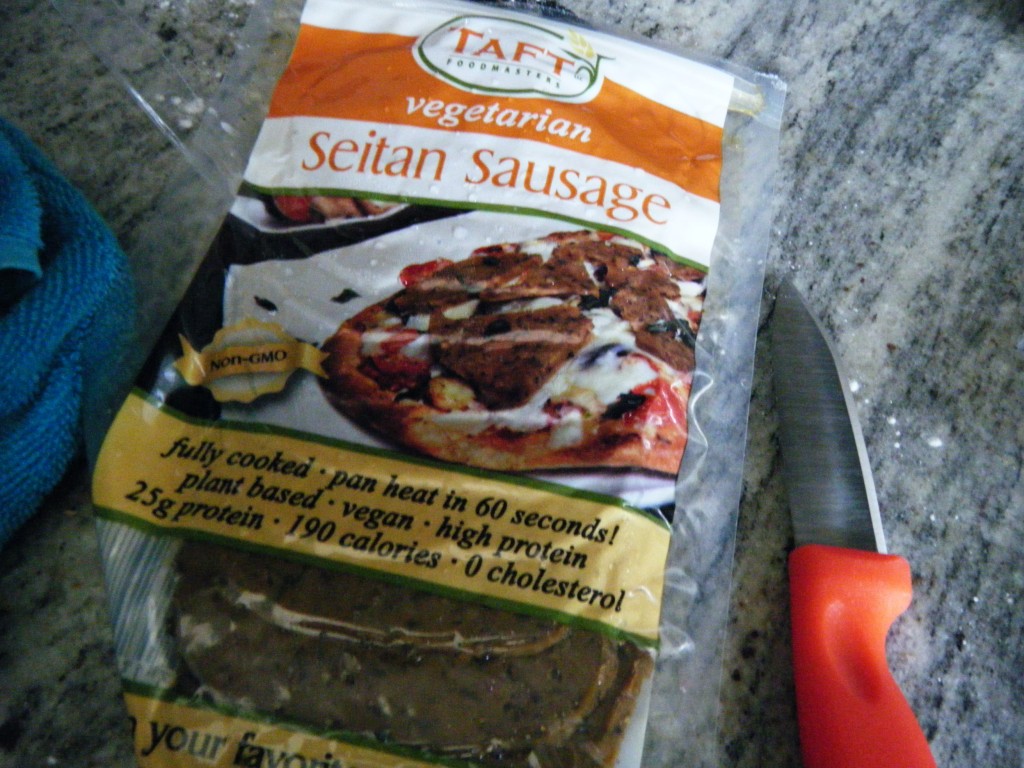 Seitan {say-tan}, although made from wheat, has little in common with flour or bread. Also called the “meat of wheat,” seitan becomes surprisingly similar to the look and texture of meat when cooked, making it a popular meat substitute. Seitan is also high in protein, making it a popular protein source.

Seitan comes from the Japanese words “sei,” meaning “to be, become, made of,” and “tan,” as in tanpaku, which means “proteins.” Freely translated: “made of proteins.”

More than 1,000 years ago, seitan was prepared by Zen Buddhists in China as a substitute for meat or fish. Although seitan was first developed in China, it has historically been very popular in the cuisines of Japan and other East and Southeast Asian nations.

Since the mid-20th century, seitan has been increasingly adopted by vegetarians in Western nations as a meat substitute. Seitan is quickly gaining popularity, particularly in mainstream restaurants, due to its ability to take on the texture and flavor of meat.

As more people are looking to improve diet, seitan is becoming a healthy alternative for non-vegetarians as well.

Taft’s seitan is made by hand and seasoned for today’s international tastes!  It comes to you frozen and already cooked; literally, a heat-and-eat item.  Simply heat our seitan to serving temperature and to add texture.  All of our products heat in less than 60 seconds on stovetop, or in 15 seconds by microwave.  Our products are available through direct shipping or via distribution.

With blueberry pancakes – this was the perfect breakfast!

Get more info on http://taftfoodmasters.com 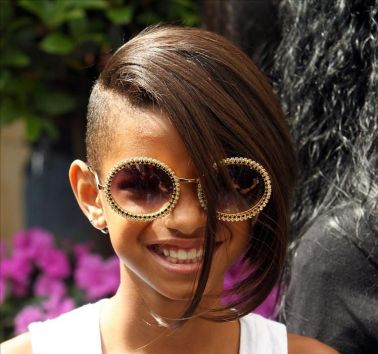 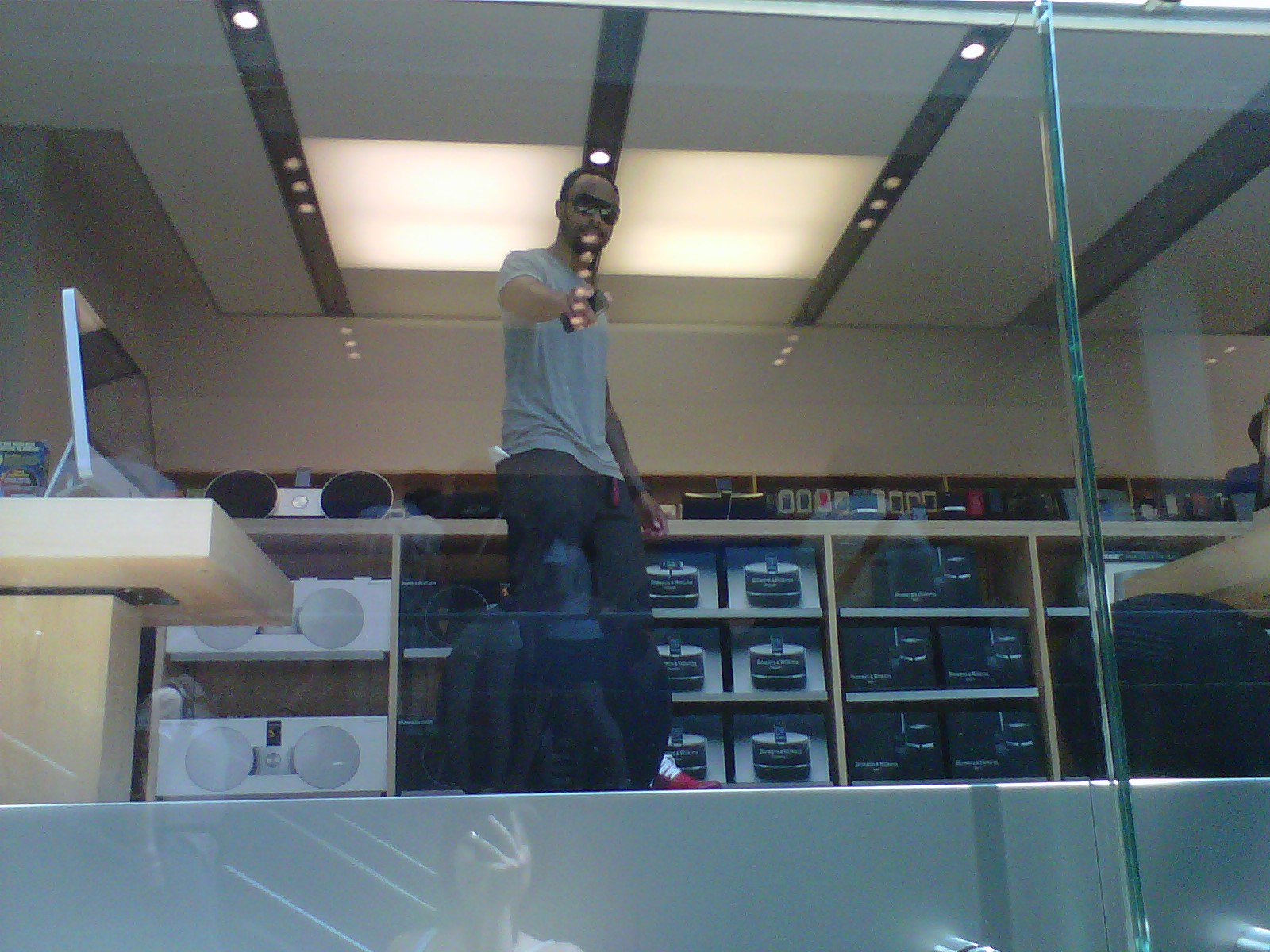